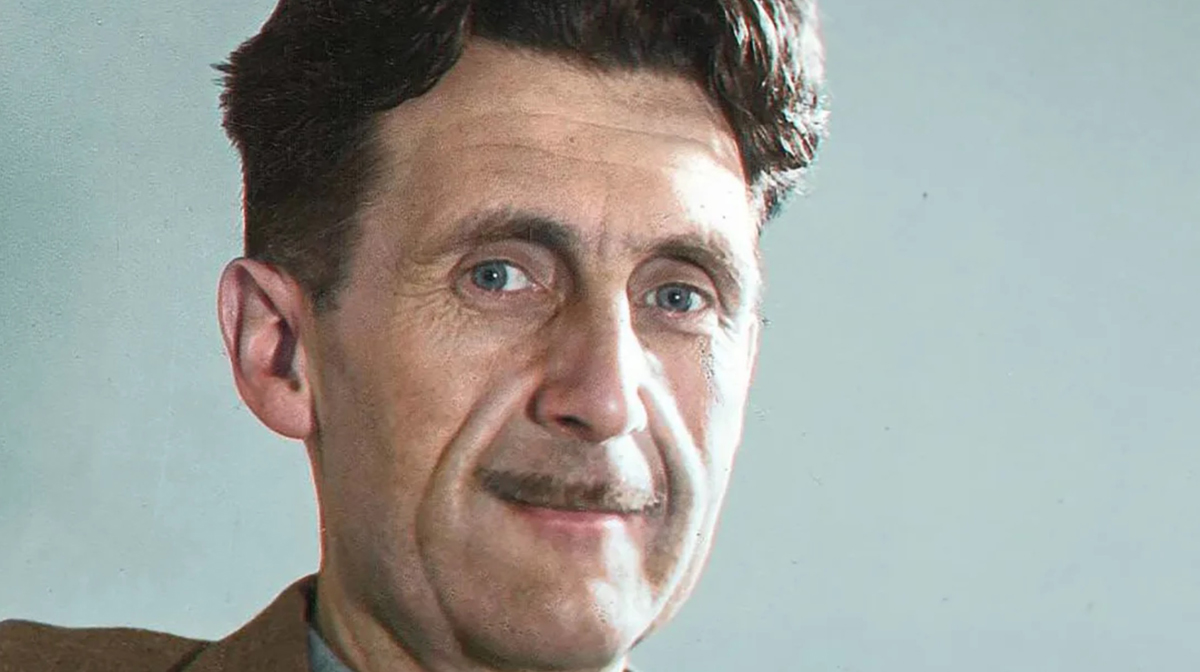 George Orwell was certainly a man of the left, but he understood where western society was headed and in some of his last words he had a frighteningly prescient prediction about where we were headed in 1950. And if you don’t understand that we are now living in his final nightmare, you aren’t paying attention.

In 2003, BBC Four put together an ominous video discussing some of Orwell’s final warnings left to posterity as he lay in his deathbed dying of tuberculosis 70 years ago.

The dramatization of some of his last words is shocking when you realize that we are now living every one of his worst fears.

Allowing for the book, after all, being a parody, something like 1984 could actually happen. This is the direction the world is going in at the present time. In our world, there will be no emotions except fear, rage, triumph, and self-abasement. The sex instinct will be eradicated. We shall abolish the orgasm. There will be no loyalty except loyalty to the Party. But always there will be the intoxication of power. Always, at every moment, there will be the thrill of victory, the sensation of trampling on an enemy who’s helpless. If you want a picture of the future, imagine a boot stamping on a human face, forever. The moral to be drawn from this dangerous nightmare situation is a simple one: don’t let it happen. It depends on you.

The press release for his chilling landmark novel, 1984, is just as ominous for how accurate it is:

It has been suggested by some of the reviewers of Nineteen Eighty-Four that it is the author’s view that this, or something like this, is what will happen inside the next forty years in the Western world. This is not correct. I think that, allowing for the book being after all a parody, something like Nineteen Eighty-Four could happen. This is the direction in which the world is going at the present time, and the trend lies deep in the political, social and economic foundations of the contemporary world situation.

Specifically the danger lies in the structure imposed on Socialist and on Liberal capitalist communities by the necessity to prepare for total war with the U.S.S.R. and the new weapons, of which of course the atomic bomb is the most powerful and the most publicized. But danger lies also in the acceptance of a totalitarian outlook by intellectuals of all colours.

The moral to be drawn from this dangerous nightmare situation is a simple one: Don’t let it happen. It depends on you.

George Orwell assumes that if such societies as he describes in Nineteen Eighty-Four come into being there will be several super states. This is fully dealt with in the relevant chapters of Nineteen Eighty-Four. It is also discussed from a different angle by James Burnham in The Managerial Revolution. These super states will naturally be in opposition to each other or (a novel point) will pretend to be much more in opposition than in fact they are. Two of the principal super states will obviously be the Anglo-American world and Eurasia. If these two great blocks line up as mortal enemies it is obvious that the Anglo-Americans will not take the name of their opponents and will not dramatize themselves on the scene of history as Communists. Thus they will have to find a new name for themselves. The name suggested in Nineteen Eighty-Four is of course Ingsoc, but in practice a wide range of choices is open. In the U.S.A. the phrase “Americanism” or “hundred per cent Americanism” is suitable and the qualifying adjective is as totalitarian as anyone could wish.

If there is a failure of nerve and the Labour party breaks down in its attempt to deal with the hard problems with which it will be faced, tougher types than the present Labour leaders will inevitably take over, drawn probably from the ranks of the Left, but not sharing the Liberal aspirations of those now in power. Members of the present British government, from Mr. Attlee and Sir Stafford Cripps down to Aneurin Bevan will never willingly sell the pass to the enemy, and in general the older men, nurtured in a Liberal tradition, are safe, but the younger generation is suspect and the seeds of totalitarian thought are probably widespread among them. It is invidious to mention names, but everyone could without difficulty think for himself of prominent English and American personalities whom the cap would fit.

While every single thing he said has not (yet) come to pass, much of it has. Indeed, to a very uncomfortable degree, it has.