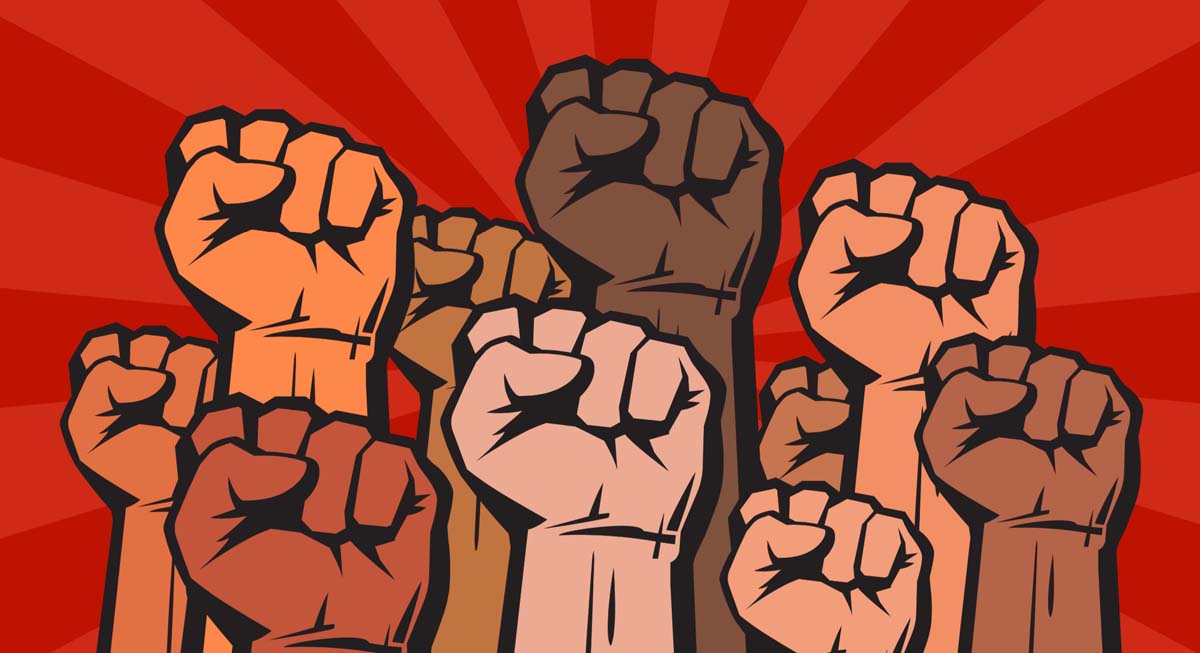 A recent article by Daniel Horowitz revealed just how fact-free the claims by Black Lives Matter are when they say blacks face increased danger of being killed by police.

In his April 15 article, Horowitz laid out the facts on just how many blacks are killed by police each year compared to how many are killed by other blacks. And the numbers are amazing for how lopsided they are and for how the numbers reveal the left’s outright lies.

A recent survey of blacks found that they think that 1,000 and 10,000 blacks are gunned down by cops each year. This absurd number is hundreds of times higher than the actual number of blacks killed by cops.

Liberals believe many other lies, as well. According to the poll, left-wingers think that up to 60 percent of police-involved shootings are of police shooting blacks. “In reality, 23%-27% of fatal police shootings in 2019 were of black people,” Horowitz noted.

Thus, this notion that unarmed black people being killed by police is somehow an epidemic is the new UFO sighting. It’s a myth because, if anything, the trend is going the other way. Overall police shootings have been down dramatically, as much as 90% among NYPD officers over the past five decades. In 1971, NYPD officers discharged their weapons on the street 810 times. That number has declined steadily over the years and has remained well below 100 in recent years.

A black individual is more likely to be struck by lightning than killed by a policeman. According to Bureau of Justice statistics, there were 6.5 million police interactions with black people in 2018. At between 1 in 300,000 and 1 in 500,000, their chances of being killed by a cop are pretty similar to the chances of being struck by lightning. And of course, for those who don’t run from or fight with the police, their chance of death is essentially zero.

So, how many blacks kill other blacks? The number is in the thousands.

Crime expert Sean Kennedy of the Maryland Public Policy Institute estimates there were at least 4,000 excess homicides last year. Given that, according to the FBI’s Uniform Crime Report, 55% of homicide victims whose race was known were black, that means that the BLM agenda caused at least 2,200 excess homicides last year, 116 times more than the number of unarmed black people shot by police. The numbers are likely much worse because, given the geographical distribution of the excess homicides, they were likely heavily weighted toward black victims as well as black suspects.

What is it that BLM ultimately wants? They want police stops and arrests to end and incarceration to be abolished. Well, according to a new research report from the Law Enforcement Legal Defense Fund (LELDF), police stops and arrests indeed declined, on average, 48% in 10 major cities from June 2020 to February 2021 relative to the previous nine-month period from 2019-2020. The results? Murders rose 56% in those cities. For example, in Minneapolis, arrests were down 42%, while murders rose 64%.

These are the facts. And they make the lies the left tells incredibly bald faced.