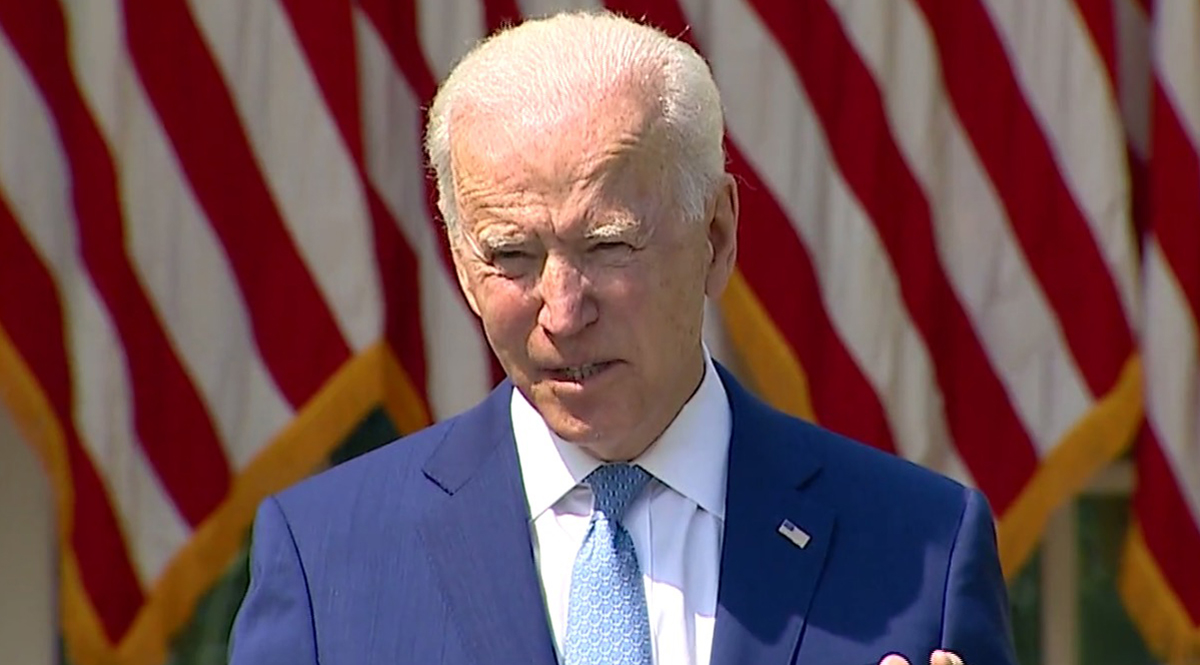 Joe Biden lied over and over again during his Thursday comments on his gun control ideas, proving that he has absolutely no idea what he is talking about on the topic.

In his Rose Garden speech, Biden told lies about gun shows, background checks, and the U.S. Constitution as he attacked our Second Amendment rights and spoke of his desire to take our rights away from us by his autocratic executive order.

Biden disgorged the left-wing lie that gun violence is a “public health epidemic,” said he intended to outlaw “ghost guns,” said he wants to put a “red flag” law in place, and lied about the non-existent “gun show loophole” that leftists keep claiming exists.

He added: “Biden also falsely said gun manufacturers are ‘the only outfit that’s exempt from being sued.’ Biden wants to repeal the [Protection of Lawful Commerce in Arms Act] which only prevents lawsuits based on the criminal misuse of their products by third parties. Gun makers can [be] & are sued for other reasons.”

Biden also falsely said gun manufacturers are "the only outfit that's exempt from being sued." Biden wants to repeal the PLCAA which only prevents lawsuits based on the criminal misuse of their products by third parties. Gun makers can & are sued for other reasons.

The fact is, there is no “gun show loophole” that exempts gun shows from background checks.

The only way a background check does not have to be performed is when one private citizen sells his gun to another private citizen. But one private citizen cannot sell a large number of guns as if he were a dealer. And this is true in places outside gun shows, too. In other words, the “gun show” doesn’t even matter as such sales can be conducted anywhere. Therefore, there is no such thing as a “gun show loophole.”

In another case, Biden lied about the Constitution.

Firstly, you can yell fire in a crowded theater if there is a fire! But every Amendment is absolute to the degree that a president has no power whatsoever to change them by his autocratic executive orders.

Biden also pushed “red flag laws” to allow cops and judges to summarily take away people’s Second Amendment rights without any hearings or court cases. Some states have red flag laws, but so far none of the states that have them have been able to stop any mass shootings with the laws.