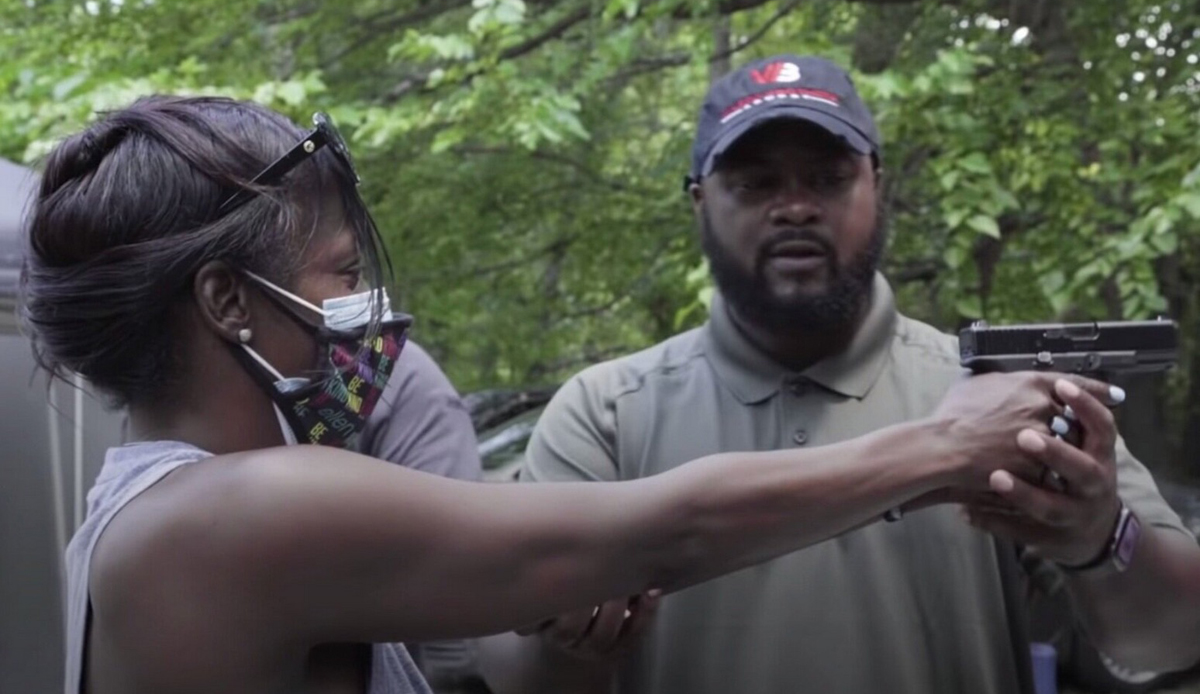 More blacks than ever are becoming new gun owners according to statistics provided by the federal government and reported by D.C. newspaper, The Hill.

Despite the fact that the preponderance of blacks are Democrats and Democrats are strictly against the Second Amendment, African Americans are flocking to gun stores to buy their first legal firearm.

According to The Hill the fake news media has frightened blacks into thinking their lives are increasingly at risk, and with the death of Minnesota resident George Floyd, man blacks are arming themselves out of fear.

Black people owning guns have gone up 58.2 percent, according to the National Shooting Sports Foundation (NSSF) — and gun groups like the “Not F**king Around Coalition (NFAC)” consist of armed social justice advocates who demand justice for George Floyd and Breonna Taylor, visibly strapped with handguns.

“In times of uncertainty people want to be able to have the means to defend themselves,” said Robert Cottrol, a law professor at George Washington University. “People are worried that they’re not being protected and they’ll have to do it themselves.”

Of course, these new black gun owners are falling for fake news. Statistics absolutely do not show that blacks are being killed by cops (and white people) in high numbers.

The truth is, more blacks are killing blacks in the inner cities, but otherwise, blacks are not at any more risk of being killed in today’s America than whites.

Still, despite the fact that blacks are becoming gun owners based on a lie, it is still a good thing that more and more black Americans are buying firearms.

Because the more of them that become gun owners, the harder it will be for their party to ban guns for the rest of us.

So, I say to blacks, go buy all the guns you want. It is good for all of us that you do.