A series of charts shows just how badly African Americans are doing in America today, and it isn’t because of anything like “systemic racism.” It is because of the culture they have created inside their own communities.

Last week, the American Enterprise Institute’s Mark J. Perry posted three charts that shows just how badly blacks are doing compared to whites and Asians. And they are shocking.

Perry’s first chart shows the number of births to unmarried women by race on 2019. The chart shows that blacks and Native Americans are shockingly high on this chart: 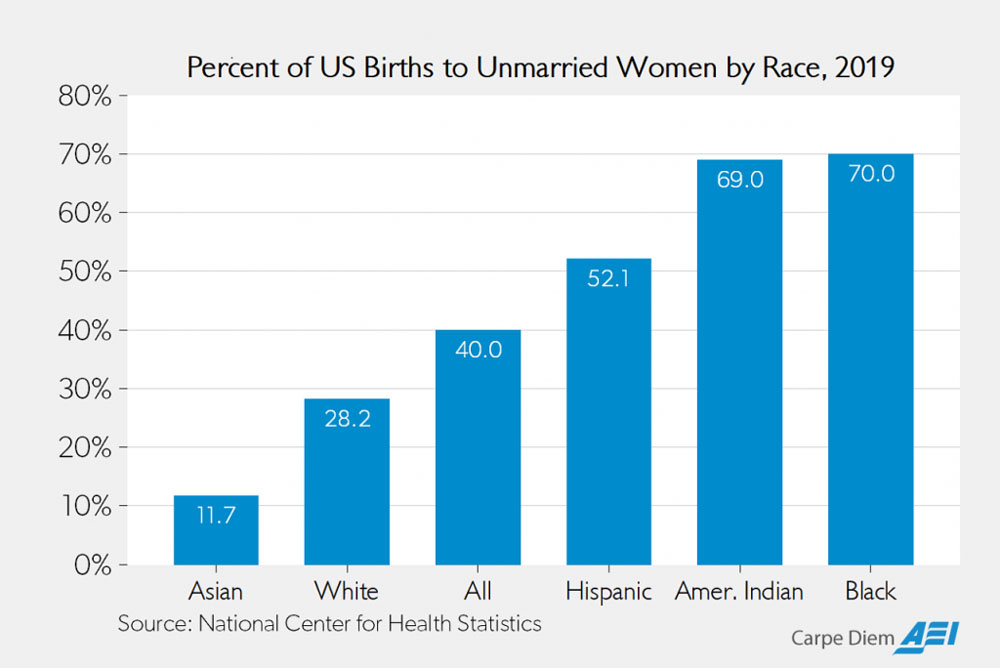 Perry noted that the chart above comes from the National Center for Health Statistics.

The second chart is even worse for blacks. It shows the birth/marriage data along with income levels. Look at these numbers. It is shocking how badly blacks are doing. And NONE of this has to do with “racism.” It is all because of how blacks act in their culture. 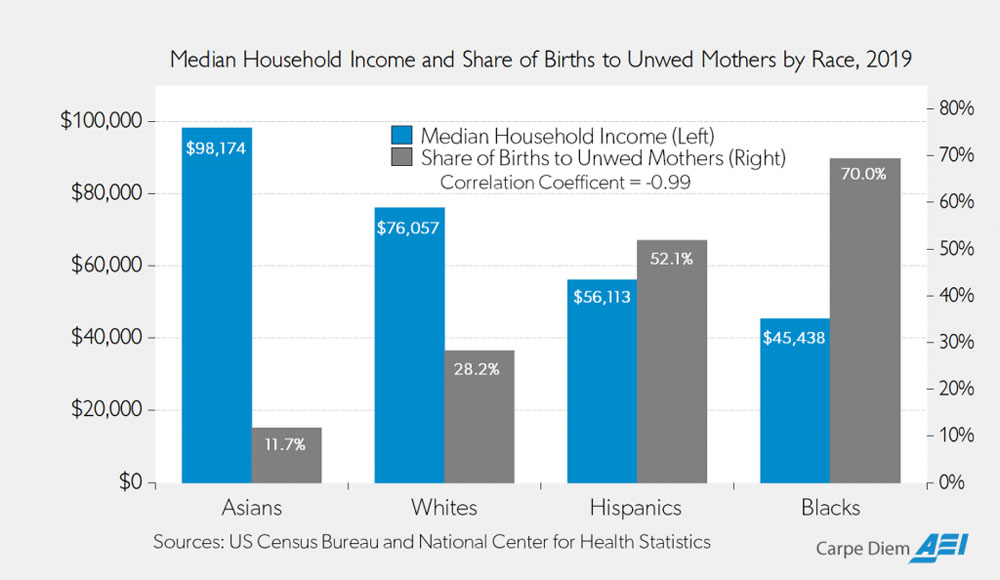 At his post at AEI, Perry has some very interesting quotes from many of the commentators you are familiar with.

Perry’s third chart shows why our universities are an abject failure because they are all sunk neck deep in the lies of critical race theory:

These charts are shocking, to say the least.