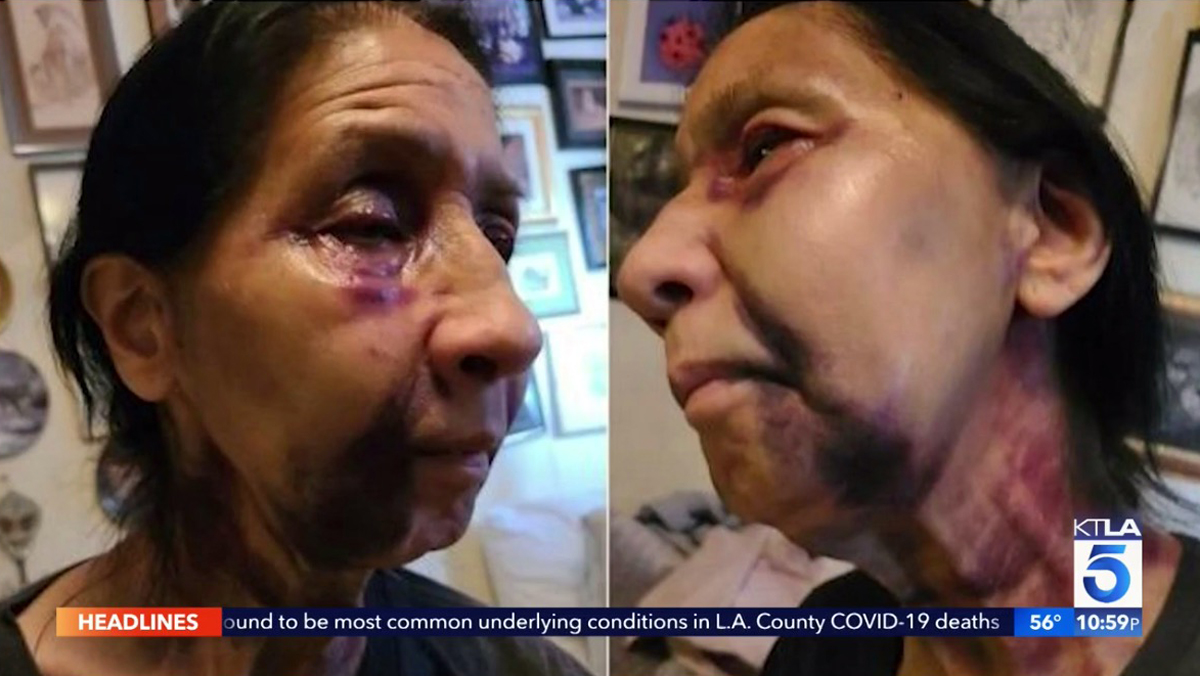 A black man brutally beat an elderly Mexican-American woman on an L.A. bus reportedly because he thought she was an Asian woman.

A 70-year-old woman of Mexican heritage was riding on an L.A. bus last week when, according to police, 23-year-old Yasmine Beasley attacked her.

The victim’s family says that the attacker yelled an Asian slur at her as he attacked.

“The victim’s son reportedly says that a female passenger, described as ‘black,’ called his mother an anti-Asian slur and then attacked her,” according to a report by KTLA.

The woman’s family says that the man beat her in the face, severely hurt her lag, and pulled out some of her hair. Photos of the woman shows her face is heavily bruised.

The Mexican American victim was profiled as Asian by her attacker, who hurled a racial epithet used against people of Chinese descent before attacking the grandmother as she got off the bus to go grocery shopping, according to the son, who gave his name only as Pete.

Police reports show that Beasley is being held on a $130,000 bond and is due in court on Friday.