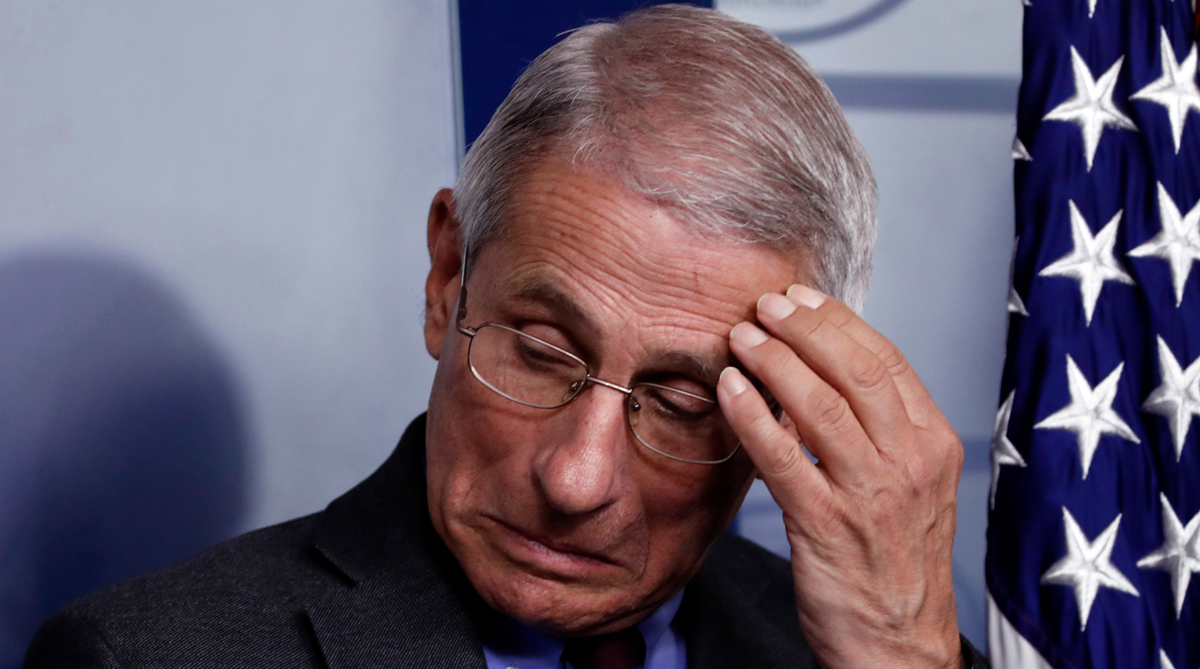 Much of the nation is looking forward to a summer return to a normal life. President Biden keeps bragging about all the Americans who are getting vaccinated {thanks to his predecessor). And the news is getting better, at least for now. AstraZeneca announced their stage three testing results show their COVID vaccine is 79% effective with limited side effects. That announcement may be too late. Dr. Anthony Fauci, TV star, chief medical adviser to the White House, and someone who never ceases to confuse the public with contrasting opinions says the forthcoming vaccine from AstraZeneca may not be necessary. At least that’s what he says right now.Fauci flip-flop

In an interview with Reuters, Fauci, the chief medical adviser to the White House, said the nation already has enough contracts with other vaccine makers to inoculate the entire population.

“My general feeling is that given the contractual relationships that we have with a number of companies, that we have enough vaccine to fulfill all of our needs without invoking AstraZeneca,” he said.

The nation’s top infectious disease expert added that the US possibly also has enough vaccine supply for booster shots in the fall.

“If you look at the numbers (of doses) that we’re going to be getting … it is likely that we can handle any boost that we need, but I can’t say definitely for sure,” he told Reuters.

Fauci forgot to mention that it’s all thanks to former President Donald Trump, but then again, he recently decided to falsely take the credit for Operation Warp Speed.

Fauci’s comments raise a question. Will he believe we don’t need more vaccines next week? Month? Six Months? Is this another one of the Fauci flip-flops?

After all, this is the same man who told us not to wear masks, then he said to wear masks (then two masks). He said it would be years before a vaccine for COVID was developed, then took credit for warp speed, slammed Florida Governor Ron DeSantis last April when he announced he wanted to get schools open as soon as possible, but in December said the default position should be to keep the children in school or to get them back to school.” He even called Trump’s response to the pandemic impressive before he beat up Trump’s response.

Why all the Fauci flip-flops? Perhaps he keeps changing his position to get another media appearance. Truth be told, he lost his credibility with much of America months ago. He keeps saying he’s following the science, but unless the science is driving drunk, it doesn’t go from side to side like that. Fauci changes his mind more often than people change their underwear (but not Captain Underwear because the woke culture wants him banned).

Steve Crowder had a great segment on his program showing videos of many of the Fauci flip-flops, watch it on the video below: