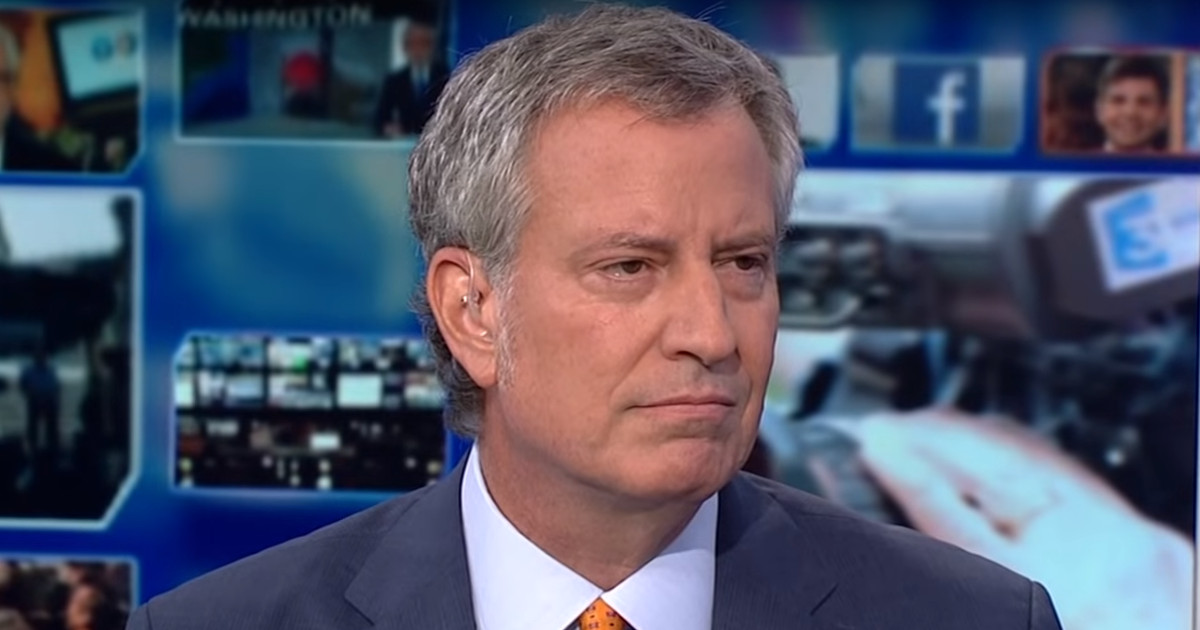 New York’s socialist mayor Bill de Blasio now says he wants police to go around “confronting” people who say things that he thinks are “hurtful” to others.

Yeah, apparently “free speech” should end when you say something a socialist doesn’t like.

De Blasio made these un-American remarks during a March 18 press conference when the subject of hate crimes against Asian Americans in New York City was brought up, WLNY reported.

De Blasio said that if someone says something mean, why they should call the police.

“We need to know about it immediately,” de Blasio told reporters.

The mayor said there needed to be consequences for those who would perpetrate such crimes.

“Even if something is not a criminal case, a perpetrator being confronted by the city, whether it’s NYPD or another agency, and being told that what they’ve done was very hurtful to another person — and could, if ever repeated, lead to criminal charges — that’s another important piece of the puzzle,” the mayor blurted out.

“I assure you, if an NYPD officer calls you or shows up at your door to ask you about something you did, it makes people think twice,” De Blasio added. “We need that.”

“If someone has done something wrong, but not rising to a criminal level, it’s perfectly appropriate for an NYPD officer to talk to them to say, ‘that was not appropriate, and if you did that on a higher level, that would be a crime,” he exclaimed.

This, of course, is more like an American Stasi, than legal police duties.

The police are not supposed to be going around threatening anyone for saying “mean” things.

We have a little thing called the First Amendment. And that covers “mean” speech, too.

But no Democrat cares about the American way.