Scores of leftists were left scrambling after quickly hitting social media on Tuesday claiming that the shooter in Colorado was a “white supremacist” using an “assault weapon.” But as the day wore on, officials reported that the killer was actually of Middle Eastern descent and used a handgun, not an “assault weapon.”

Boulder grocery store shooting suspect Ahmad Alissa, 21 of Arvada, CO, is charged with ten counts of first degree murder. He came to the US from Syria at age 3 and is an American citizen. He was shot through the leg but now stable. pic.twitter.com/L63SToGhFl

Al Issa is a Syrian who came to the U.S. as a refugee with his parents when he was three. People who knew him growing up say he was always short-tempered, paranoid, and violent.

According to interviews with people who knew him, he often played the “Muslim card” by claiming anyone who angered him was a “racist” against Muslims. And he repeatedly filed fake “hate crime” reports against people he thought wronged him.

Some of his deleted tweets showed an angry man: 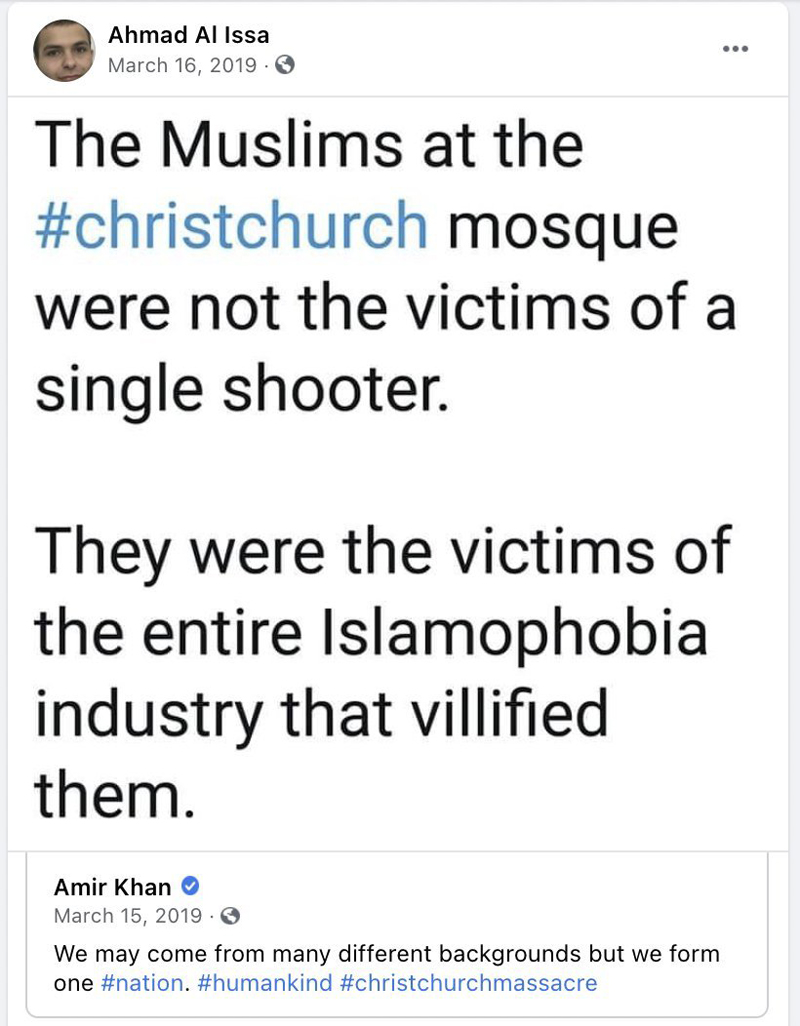 It also turns out this murderer was a hard-core anti-Trumper. It is reported that he wanted to take his gun and shoot down people at Trump’s Feb. campaign rally last year, but it was canceled because of the coronavirus. So, he was unable to follow through with his plans.

Early information from a national security agency suggests Boulder shooter planned to target the Trump rally in Colorado Springs, Feb 2020, but decided to wait until the next one on March 13 in Denver but it was cancelled due to COVID, per WH official

He made many anti-Trump social media posts: 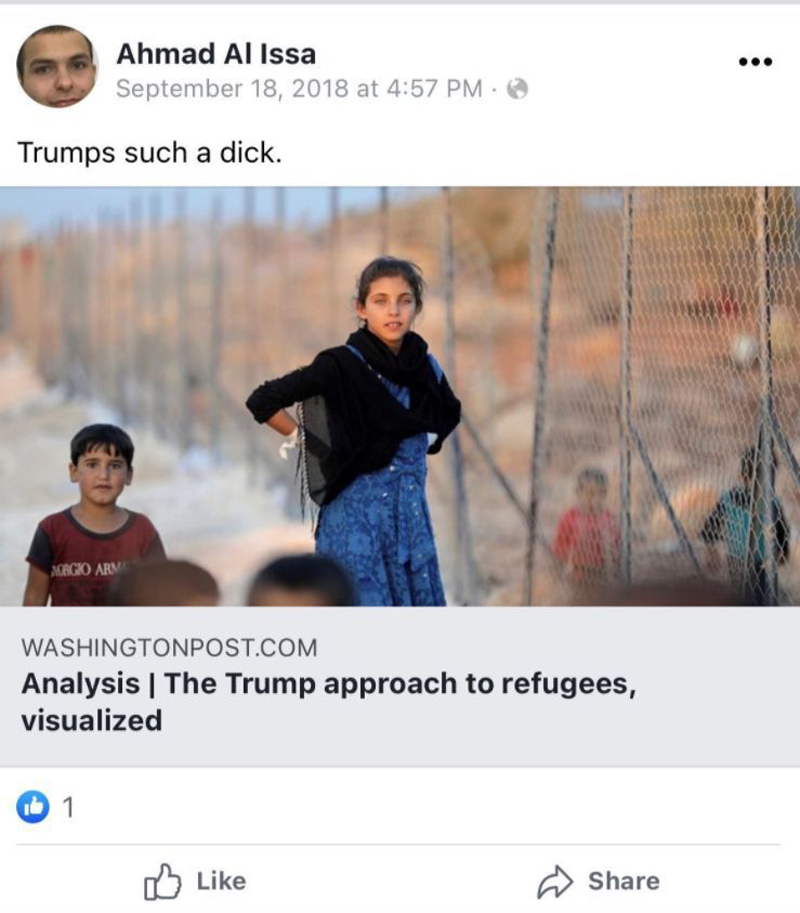 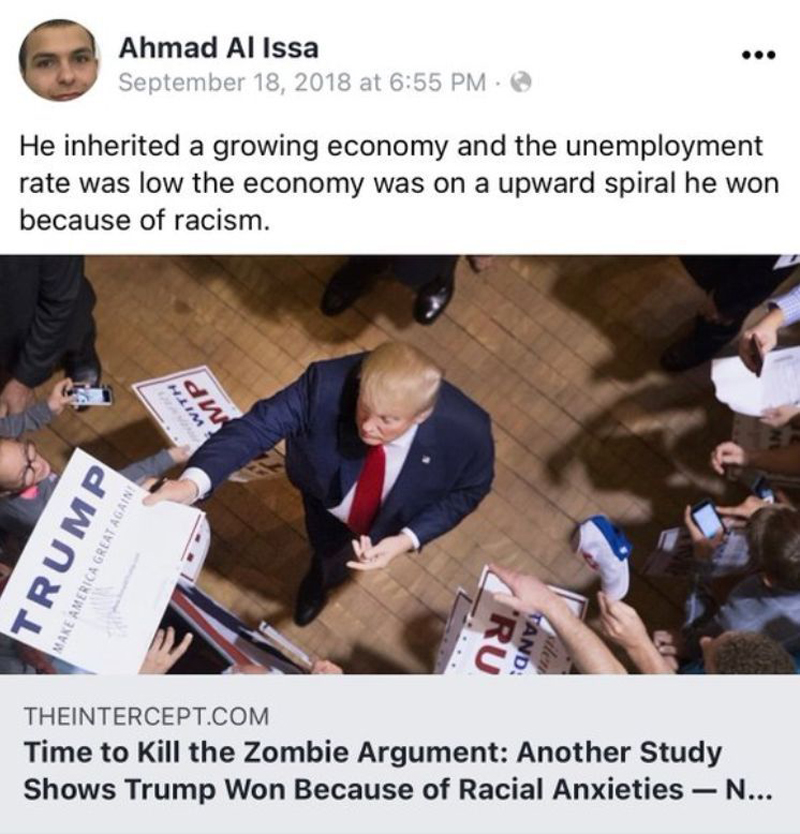 But only minutes after the news of the shooting broke across the nation, leftists on social media began attacking “white men” and “assault weapons.”

Commentator Raheem Kassam, for instance, noted that Twitter was doing nothing as blue-checked leftists pushed fake news about the shooting:

If I did this, I’d be suspended immediately. pic.twitter.com/dJHqyPazgG

Harris eventually deleted the tweet claiming that she was just reacting to the “fact” that most serial killers are white men. However, Paul Joseph Watson noted that this claim is not factual at all.

Others also jumped in to dispel the left’s fake news lies:

The suspect in the mass killing in Boulder, Colo. is Ahmad al-Aliwi al-Issa, an immigrant from Syria who is devoutly Muslim. https://t.co/BcbLKwEbIU

when you find out the shooter’s name is Ahmad Al-Issa but you’re woke pic.twitter.com/RQE3wyhqjr

It also turns out that the corrupt FBI knew about this guy, but never did anything about it.

Once again, we see that liberals lie and will use every event, issue, and incident to push their false narrative whether the facts uphold their claims or not.