With a change to its definition of “vaccine,” Webster’s Dictionary is now using its definitions to push social campaigns, instead of just defining words.

George Orwell would be shocked over just how right he was about the tyranny of the state when he wrote the following:

“Every record has been destroyed or falsified, every book rewritten, every picture has been repainted, every statue and street building has been renamed, every date has been altered. And the process is continuing day by day and minute by minute. History has stopped. Nothing exists except an endless present in which the Party is always right.”

This is what the left is doing, and it appears that Webster’s Dictionary is part of that corrosive, anti-liberty propaganda campaign.

Webster’s used to have a short and accurate definition of “vaccine.”

It used to say:

A preparation of killed microorganisms, living attenuated organisms or living fully virulent organisms that are administered to produce or artificially increase immunity to a particular disease.

But now, Webster’s altered the first definition and added a second definition to fool people into thinking that a “vaccine” also has to do with mRNA injections. Why? Because many of the coronavirus vaccines are not strictly vaccines, but are drugs aimed at working at the DNA level, not simply the immunity level.

a : an antigenic preparation of a typically inactivated or attenuated pathogenic agent (such as bacterium or virus) or one of its components or products (such as a protein or toxin)

b: a preparation of genetic material (such as a strand of synthesized messenger RNA) that is used by the cells of the body to produce an antigenic substance (such as a fragment of virus spike protein) 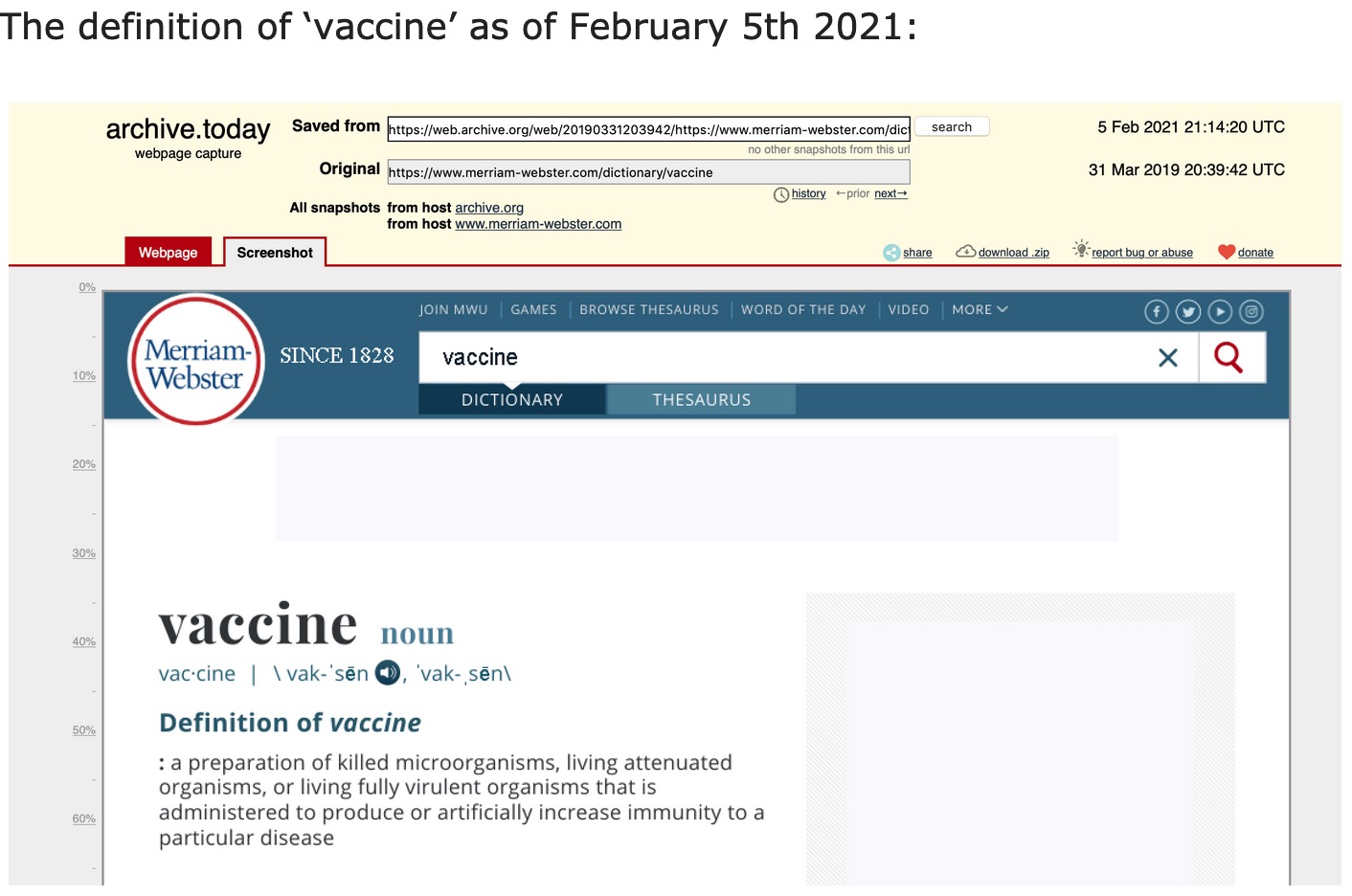 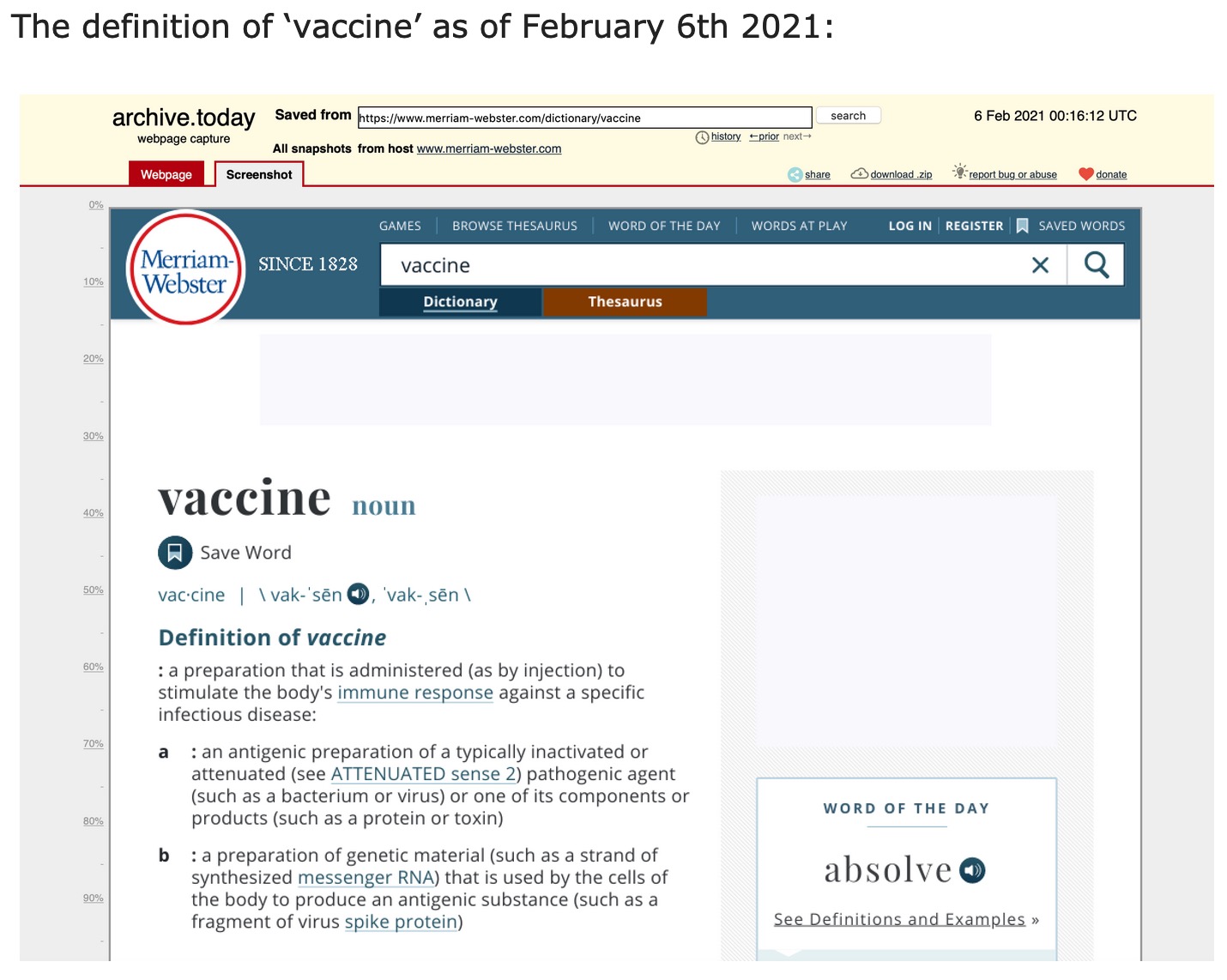 Why is this change shocking? Because a regular vaccine does not target your DNA. But some of these COVID-19 vaccines do. (See more on the definitions of mRNA HERE)

So, Webster’s had to change its definition so that people would think that the COVID vaccine is just like any vaccine and will feel better about taking it.

Changing words to make people take a vaccine is not a dictionary’s job, folks.