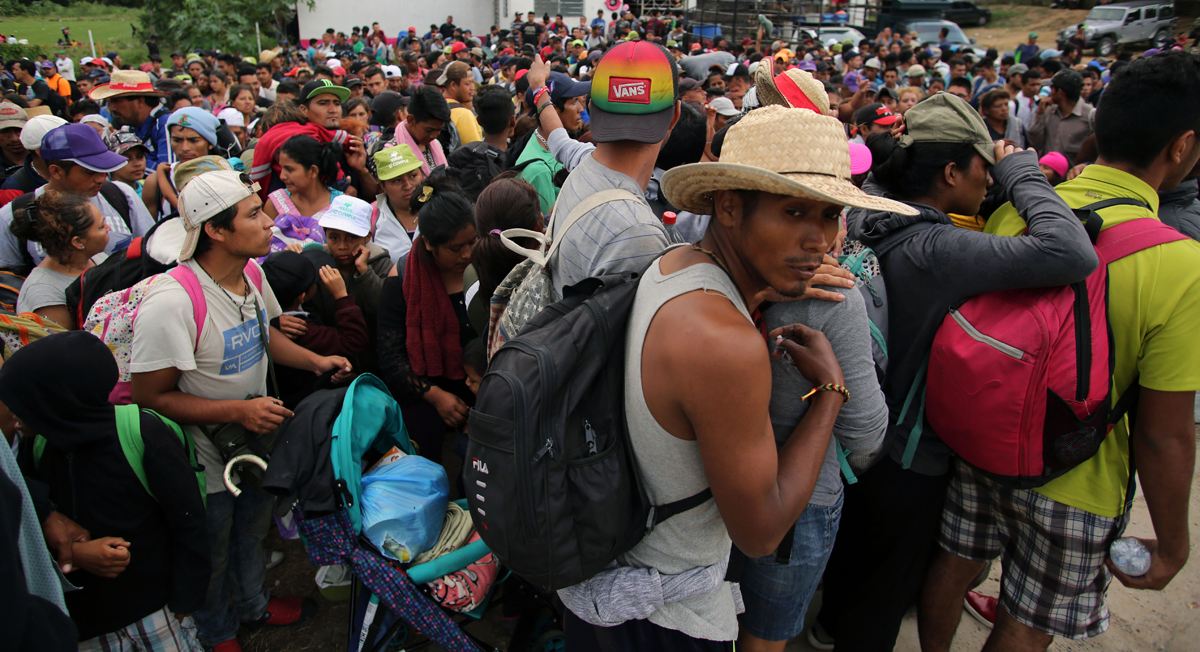 “An illegal immigrant seeking asylum in the United States said President Joe Biden’s election is one of the main reasons he chose to make the journey. ABC News’ Martha Raddatz reported from near the U.S.-Mexico border in a clip that aired on Sunday and featured an interview with an unidentified “asylum seeker” crossing from Mexico to the United States illegally. The migrant told ABC News that he would “Definitely not” have made the trip had former President Donald Trump been in the White House.” illegal came because of Biden.

Joe Biden told illegal aliens to flood the southern border if he became president. There is video proof of the former VP telling them to come. And his policies also encouraged illegals to come, including stopping the completion of the fence, leaving gaping holes where trespassers can sneak into the country, stopping the “stay in Mexico” program, reinstating catch and release, directing border agent to release illegals into the country (without testing for COVID), Biden’s public proclamations he’s going to grant amnesty–all of that and much more. Even as he told people not to come earlier this week, his full message was don’t come’—Yet. “We’re In The Process Of Getting Set Up.”

None of this should be a surprise.

In late November, Acting Homeland Security Secretary Chad Wolf warned against overturning Trump policies, telling law enforcement at the border last month that “if these critical tools are removed or overturned, then the Department — and you, our frontline partners — would be imperiled by another immigration crisis.” “And, perhaps worst of all, you would be addressing this crisis with significantly less tools in your arsenal,” he said.

Acting Customs and Border Commissioner Mark Morgan warned that the crisis that could follow a dramatic liberalization of laws and policies on illegal immigration and asylum could dwarf the 2019 border crisis during which more than 140,000 crossings occurred in a single month.

“The smugglers as we know, as history shows, as data proves, they will exploit the loopholes, and they will further exploit the migrants and you will see a crisis that makes last year’s crisis look like child’s play,” he said. “And you can take that to the bank.”

The Trump actions that Biden canceled actually worked to shut down illegal immigration to a trickle, but they were cut anyway. Why? Well, it may be because the Democrats see Illegal aliens as future voters for their candidates, or it may be something much simpler. In their minds, anything done by President Trump has to be canceled because “orange man bad.”