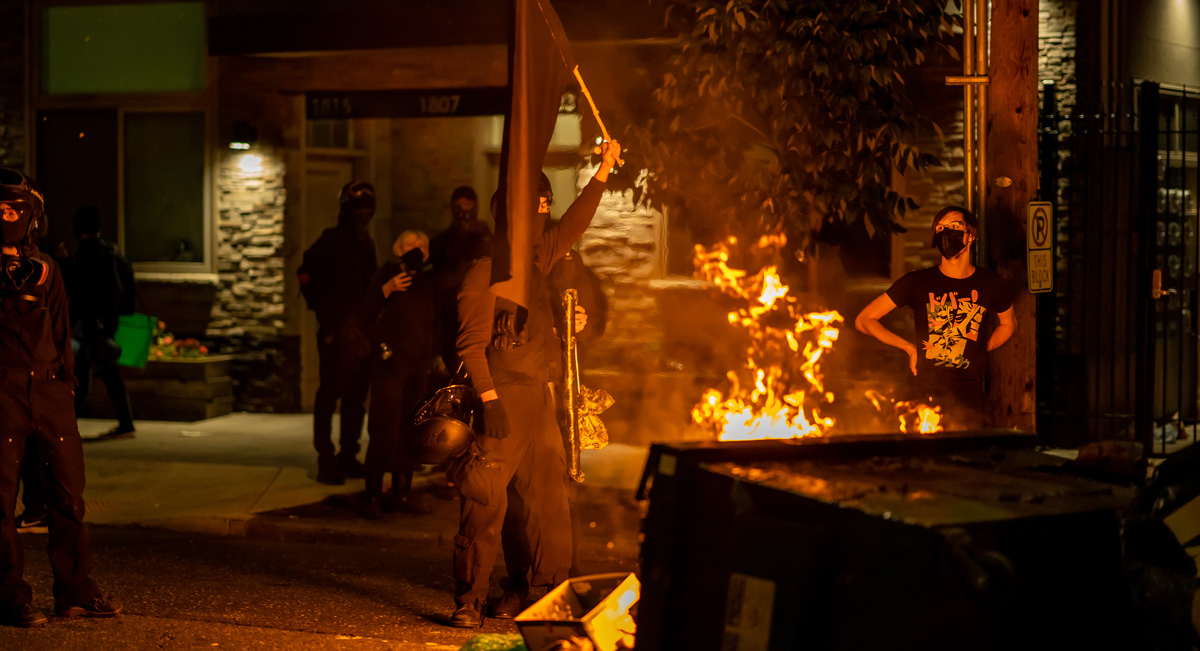 Well, if anything shows how stupid the defund the police movement is, Portland is proof because after the city cut police spending, it saw a 2,000 percent increase in murders!

Come on, now. What could be a more clear-cut case for telling Black Lives Matter to take a hike, huh?

Crime in Portland rose so fast after the police department was gutted that now, less than six months later, Portland Mayor Ted Wheeler is asking for an additional $2 million in emergency funding to re-staff the police.

Riots are back once again in the city, thanks to Wheeler’s spinelessness. Rioters have once again targeted a federal courthouse in the city, a reprise of the violent storming of the courthouse last July. In June, it was reported that the city lost around $24 million due to the riots. Damage to federal buildings totals roughly $2.3 million.

Liberals will likely try to throw up a smoke screen and say the huge surge in crime is because of “gunzzzz.”

You do the math.