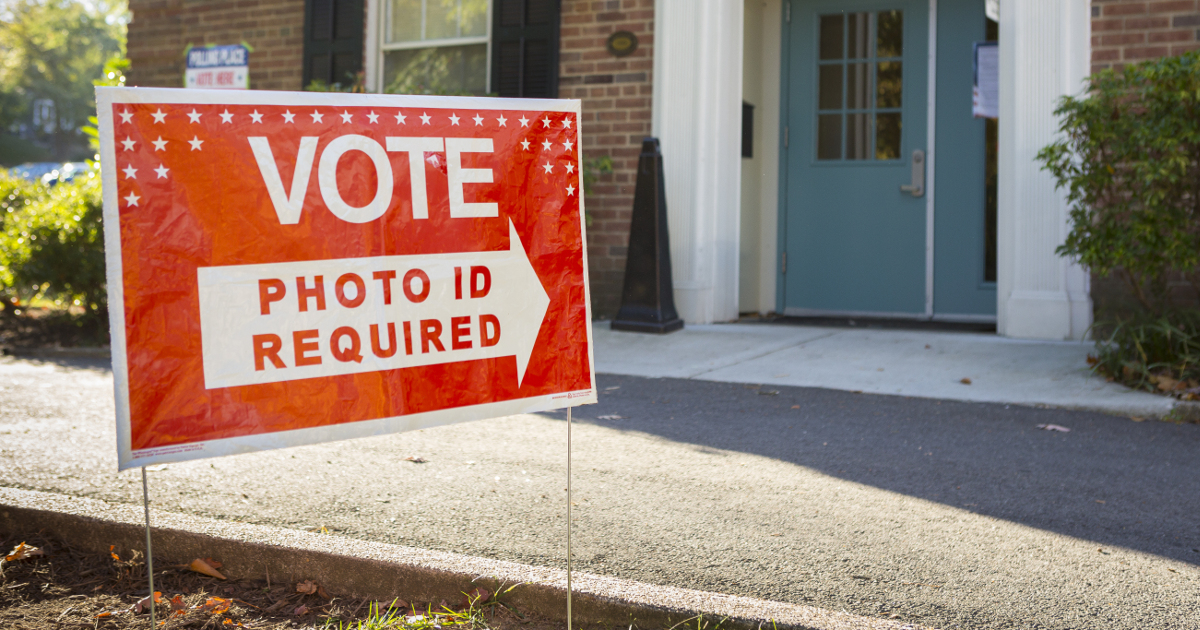 A poll that should serve as a warning to Democrats finds that 75 percent of respondents support voter ID laws.

As Democrats continue to claim that voter ID laws are “racist,” it appears that even a majority of Democrats don’t believe their own leaders on the claim.

The latest Rasmussen poll tends to show that Democrat politicians are working against the will of their own voters.

Per Rasmussen (Via Breitbart News):

Seventy-five percent (75%) of Likely U.S. Voters believe voters should be required to show photo identification such as a driver’s license before being allowed to vote. Only 21% are opposed to such a requirement.

Thirty-six states have enacted some form of voter ID law, but those laws would be nullified if the Senate approves H.R. 1, which passed the House on a party-line vote. Critics say H.R. 1 “would force states to allow anyone to vote who simply signs a form saying that they are who they claim they are.”

Support for voter ID laws has actually increased since 2018, when 67% said voters should be required to show photo identification such as a driver’s license before being allowed to vote.

Eighty-nine percent (89%) of Republicans support voter ID requirements, as do 60% of Democrats and 77% of voters not affiliated with either major party.

Breitbart added: “Preliminary cross-tabs shared with Breitbart News show that black voters also favor voter ID, 69% to 25%, and were evenly split (43% to 43%) on the question of whether voter ID is discriminatory. (51% of Democrats as a whole said that it was, as did 59% of self-identified liberals; 60% of overall voters said that it was not, versus 31% who said that it was.)”

It appears that Democrats are outright lying about voter ID laws. Few people see them as “racist” at all.

So, why are Democrat politicians pushing this lie? Because voter ID laws cut down on the ability of Democrats to cheat and steal elections.