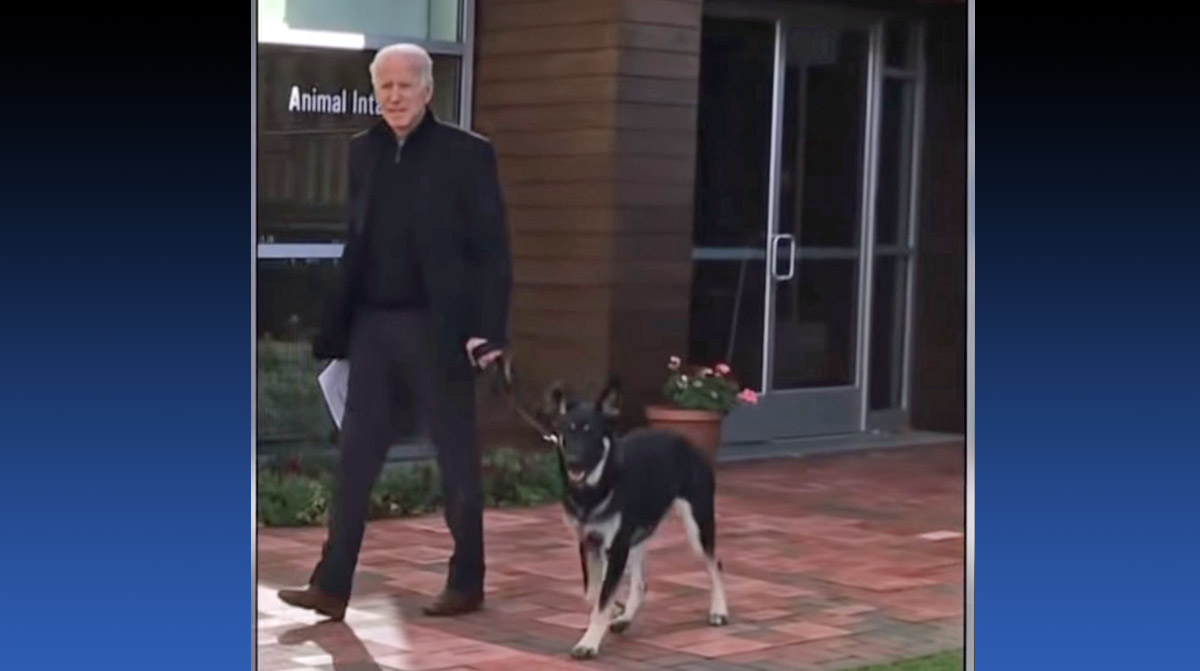 Well, it looks like Joe Biden trained his dogs to bite cops, Secret Service agents, and security men because the “commander in cheat’s” dogs have been sent back to Delaware.

According to reports, Biden’s two German Shepards had to be removed from the White House because of a “biting incident.”

Major, who was adopted by Biden in November 2018 from a Delaware animal shelter, had what one of the people described as a “biting incident” with a member of White House security. The exact condition of the victim is unknown, however, the episode was serious enough that the dogs were subsequently moved to Wilmington, Delaware, where they remain.

Major, who is 3 years old, is the younger of the two Biden dogs, and has been known to display agitated behavior on multiple occasions, including jumping, barking, and “charging” at staff and security, according to the people CNN spoke with about the dog’s demeanor at the White House. The older of Biden’s German Shepherds, Champ, is approximately 13 and has slowed down physically due to his advanced age.

Leave it to Biden to bring dangerous, ill-tempered mutts onto the White House.