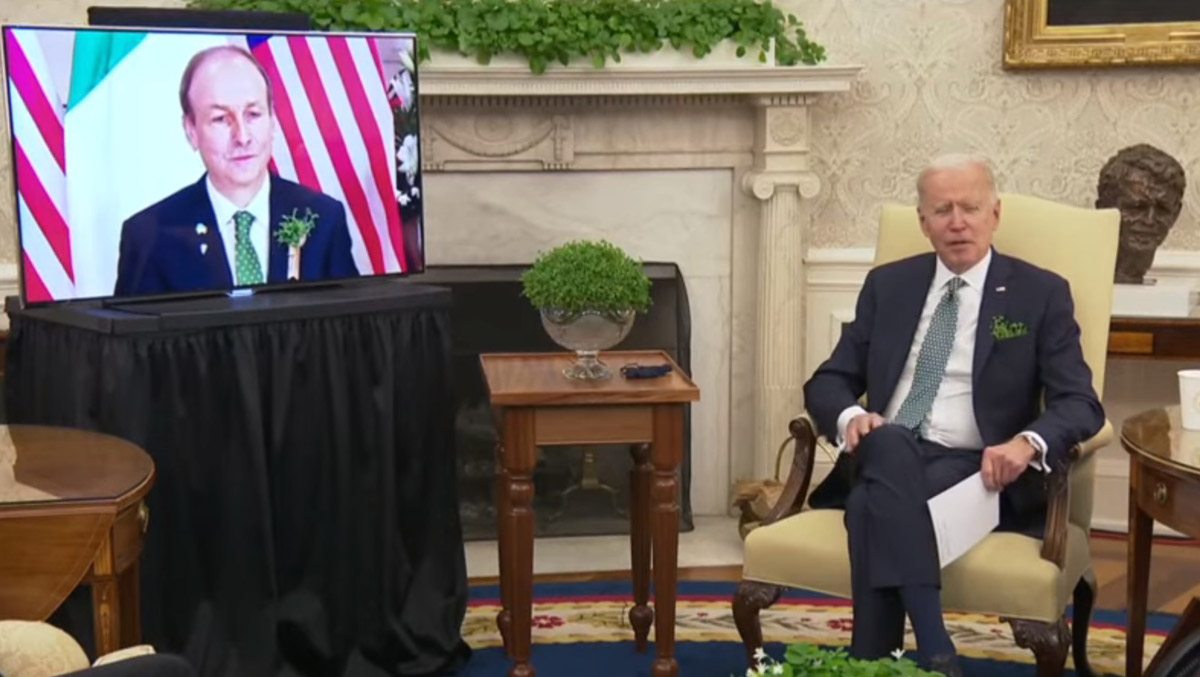 This is how much leftists hate being American: Joe “commander in thief” Biden just told the Irish Prime Minister that he wished his ancestors never came to America.

You heard that right. A sitting American “president” told a foreign leader that he wished he was not an American.

Liberals so hate America that they wish their ancestors never came here.

Biden made this disgusting comment as he recalled his visits to his ancestral homeland during a St. Patrick’s Day video conference with Irish Prime Minister Micheál Martin.

As Breitbart News reported that Biden said: “I joked at the time, after I left, I wondered why the hell we left in the first place; it’s beautiful.”

Biden went on to pander to the Irish official saying that his grandfather used to say, “Joey remember, the best drop of blood in you is Irish.”

“One of the few quotes that I’ve been given credit for in my career … I said, ‘We Irish are the only people who are nostalgic for the future,'” Biden added.

Imagine, an American president saying he wished his ancestors never came to America!