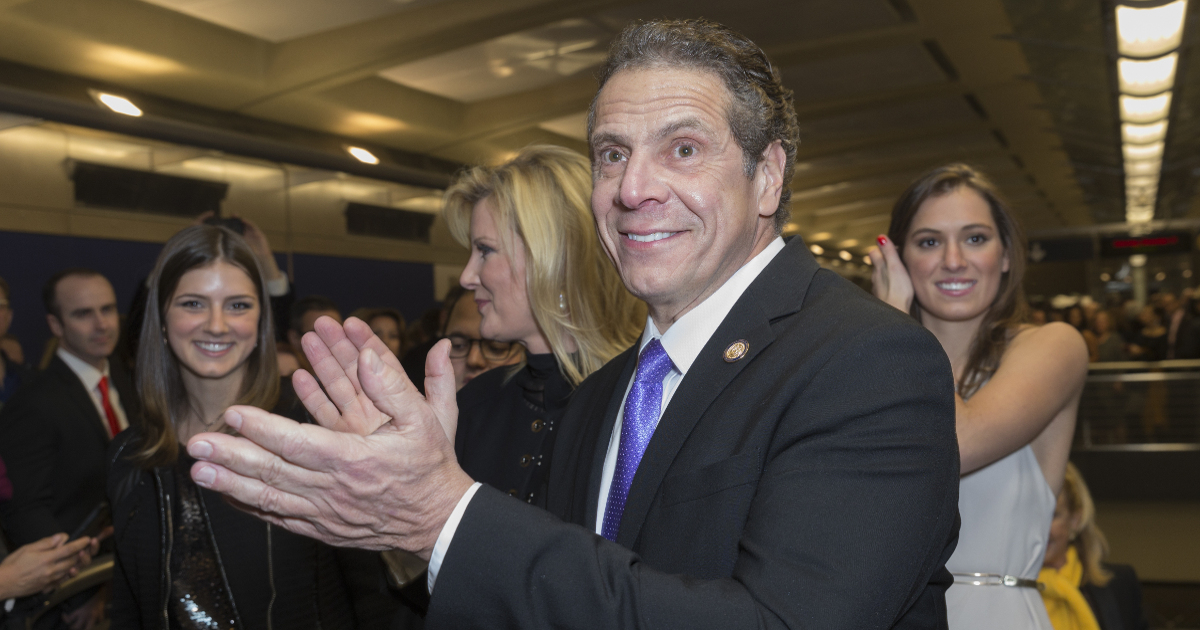 Campaign donations of over a million dollars from a hospital trade association may have been behind NY Gov. Cuomo’s infamous nursing home order, resulting in thousands of Nursing Home deaths. Cuomo campaign donors

In September 2020. In the Wall Street Journal, Bill Hammond reported that one trade association came up with and sold to Cuomo the idea for his March 25, 2020 order that caused the deaths of thousands of Seniors in nursing homes.

“Look closely at a questionable Empire State health-care policy, and you’re liable to find the fingerprints of the Greater New York Hospital Association (GNHA), the hospital and health-system trade group that is one of the most influential forces in New York politics.”

According to Hammond, it was the powerful GNHA that came up with and sold the idea to the Governor, which resulted in the lame-brained March 25th, order which said, “No resident shall be denied readmission or admission to a nursing home solely based on a confirmed or suspected diagnosis of COVID-19. Nursing homes are prohibited from requiring a hospitalized resident who is determined medically stable to be tested for COVID-19 before admission or readmission.”

Thanks to the Cuomo-approved decree, GNHA hospitals got out of treating the most serious CoronaVirus patients. Instead, nursing homes were forced to become Petri dishes for growing and spreading the virus, killing thousands of seniors. Another report claims this wasn’t the first reward to the hospital association provided by the Governor.

A few weeks after Hammond’s report, the NY Post showed the results of an exclusive audit of campaign donations to Cuomo by OpenTheBooks.com, which explained that the Governor’s rewards to the GNHA began way before CoronaVirus began to infect the state.

But now we discover that Cuomo got campaign funds from the hospital organizations that lobbied for his lethal policy for the elderly and which then bought TV ads whitewashing his culpability.

Overall, the audit shows a “systematic pay-to-play culture in Albany,” says Adam Andrzejewski, CEO of OpenTheBooks.com, a nonprofit which has compiled a comprehensive database of US public sector expenditure

Most disturbing is $1 million in donations from the Greater New York Hospital Association to the governor’s re-election campaign in 2018, plus other generous in-kind support (…) A few days before the 2018 election, Cuomo approved a multibillion-dollar Medicaid rate hike for hospitals and nursing homes, which the association had lobbied for, and which allowed them to settle a pay dispute with the union.

As the pandemic began to spread across the country in February 2020, Cuomo appointed GNHA board member Michael Dowling and the now happy union President Dennis Rivera to co-chair the Medicaid Redesign Team. Those who believe in coincidences may believe Mr. Dowling’s $5,000 donation to Cuomo and the union’s $15,000 donation given just six weeks before their appointment had nothing to do with their new state positions.

Then in March, “despite warnings from doctors that the move represented ‘a clear and present danger’ to other nursing home residents, Cuomo issued his directive. Simultaneously, as he sent seniors to their deaths, the hospital beds in the emergency hospital created at the Javits Center and the USN Hospital Ship Comfort hospital went unused.

Too many New York State seniors succumbed to COVID-19 in nursing homes. While Cuomo’s March 25th order wasn’t the only cause of the increased deaths, but it was a major contributing cause. There is no definitive smoking gun proof that Cuomo’s order was a quid pro quo. But the circumstantial evidence makes the order smell rancid. Hopefully, the investigation promised by the NY Attorney General will look into these charges and, if proven, send the “luv gov” into “jerk jail.”