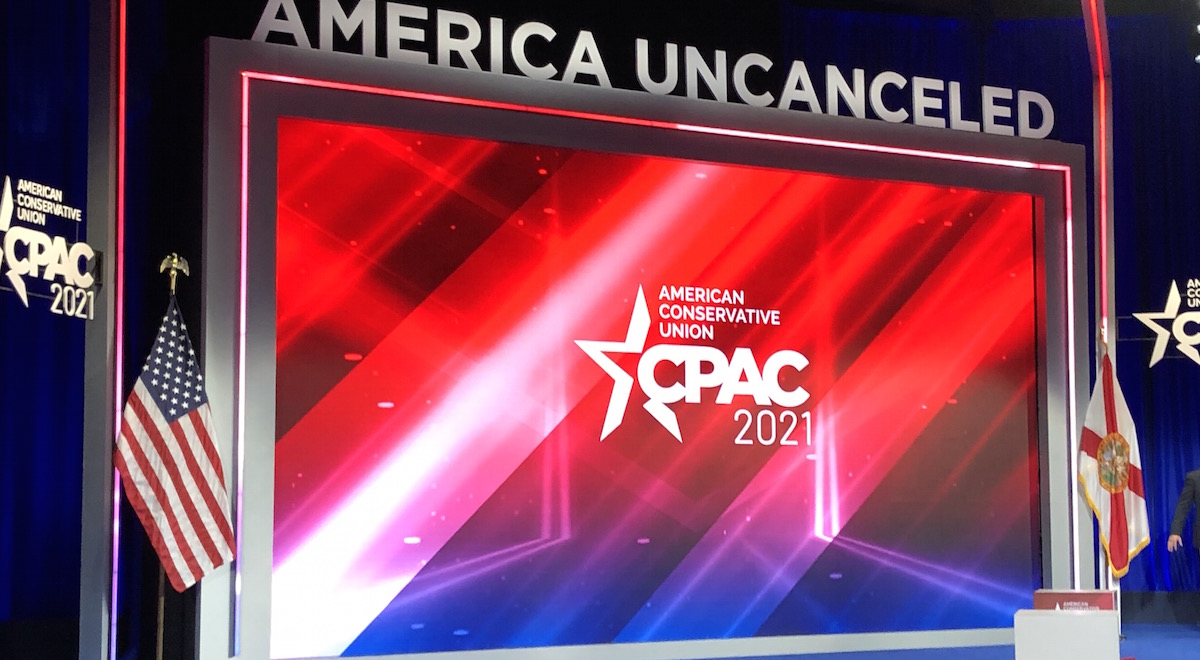 The lying left went into hyoerdrive last weekend attempting to get the annual conservative conference CPAC canceled, calling its stage a “Nazi symbol” and even pushing a social media hashtag to boycott the Hyatt hotel chain for daring to rent out the space to the organization that runs the event.

CPAC (the Conservative Political Action Conference) has been around since the 1970s and has hosted all the sharpest minds, and brightest stars on the right side of the aisle. It has also been organized by the American Conservative Union (ACU) the whole time.

But this year the cancel culture left, buoyed by is success is canceling the free speech of conservatives at all levels both of the Internet and in the real world, tried their hand at canceling the conference that has been held every year for going on 50 years.

First the fascist leftists tried out the hashtag “#BoycottHYATT” to attempt to force the hotel chain to say it would never again allow CPAC to be held at a Hyatt property.

Shrill scumbag and faded actress Alyssa Milano, for instance, called the attendees of CPAC “Nazis” in a Saturday tweet.

And one leftist Karen was triggered when the Hyatt chain emailed her saying that it was standing behind its rental of its space to CPAC.

But when all that didn’t work, the left decided that the CPAC stage was a dogwhistle to Nazis because its stage was shaped like some little known offshoot of WWII Nazism… or something.

Some nobody calling himself the “Daily Beans Podcast” became an instant star among the fascist left for posting this tweet on Friday:

Has anyone else noticed the shape of the CPAC stage is the Odal Rune/SS insignia? pic.twitter.com/TCns4B1tq8

This made the Hyatt chain begin to backpedal a little. The chain put out a statement reading, “We take the concern raised about the prospect of symbols of hate being included in the stage design at CPAC 2021 very seriously as all such symbols are abhorrent and unequivocally counter to our values as a company.”

But the truth is, the stage has no resemblance to any Nazi symbols, wasn’t made to evoke them, and has no connection at all to such foolishness. ACU chief Matt Schlapp slammed the leftist liars in several statements:

Stage design conspiracies are outrageous and slanderous. We have a long standing commitment to the Jewish community. Cancel culture extremists must address antisemitism within their own ranks. CPAC proudly stands with our Jewish allies, including those speaking from this stage.

This letter to Hyatt Hotels is our declaration that we will not let them cancel us with these lies. @Hyatt #AmericaUnCanceled #CPAC2021

Liberals all accuse others of doing what liberals are actually doing.