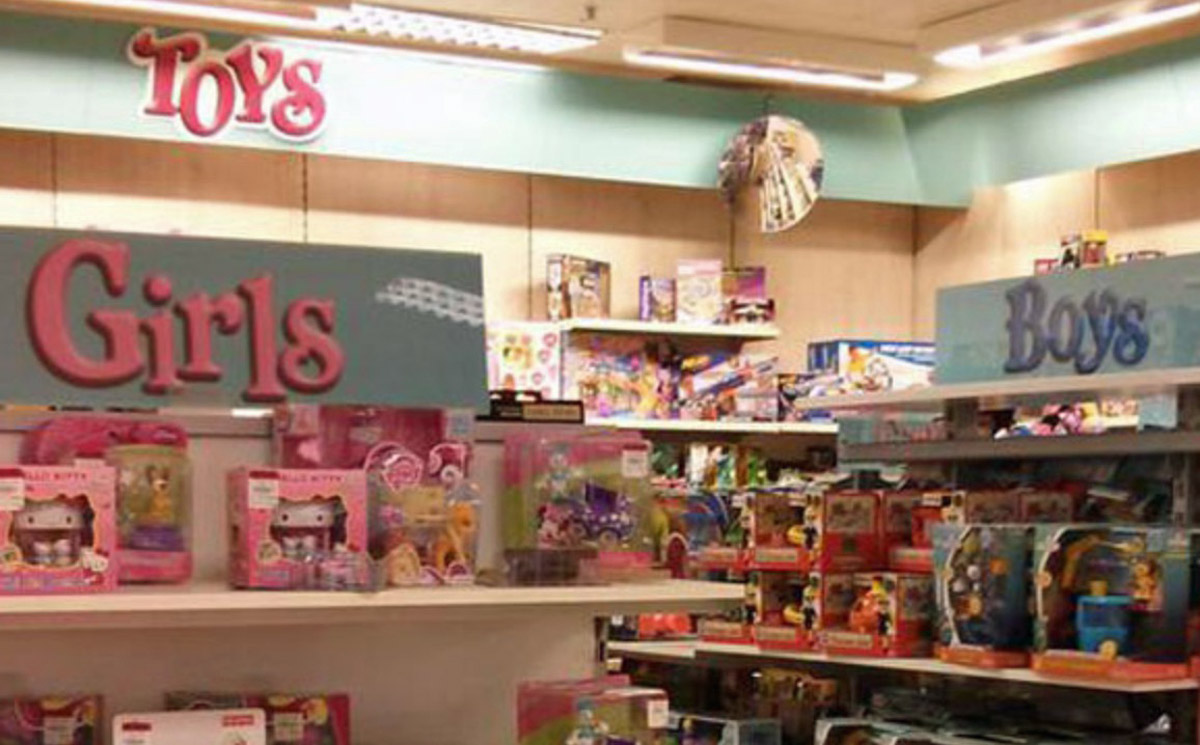 Woke buttinskis in California now want to make it illegal for stores to have a “boys” and “girls” department because it isn’t “inclusive” enough.

How could it be more “inclusive”? After all, there are only boys and girls… there aren’t any other actual genders for kids.

Despite science, California’s woke, nanny state politicians have introduced a bill to force stores to eliminate any signs that say boys or girls.

Per the Daily Mail:

The bill would make it illegal for retailers to put up signs saying ‘boys’ and ‘girls’ over displays of toys, clothes or childcare items under the threat of a $1,000 fine.

Meanwhile, stores located in the state that have a website would be required to use titles like ‘kids’, ‘unisex’, or ‘gender-neutral’ rather than dividing goods by sex.

Assembly Bill 1084 requires retailers with 500 or more employees ‘to maintain undivided areas of its sales floor where the majority of those items being offered are displayed, regardless of whether an item has traditionally been marketed for either girls or for boys,’ according to the Legislative Counsel’s digest of the bill.

It would be far, far better for America to ban Democrats.