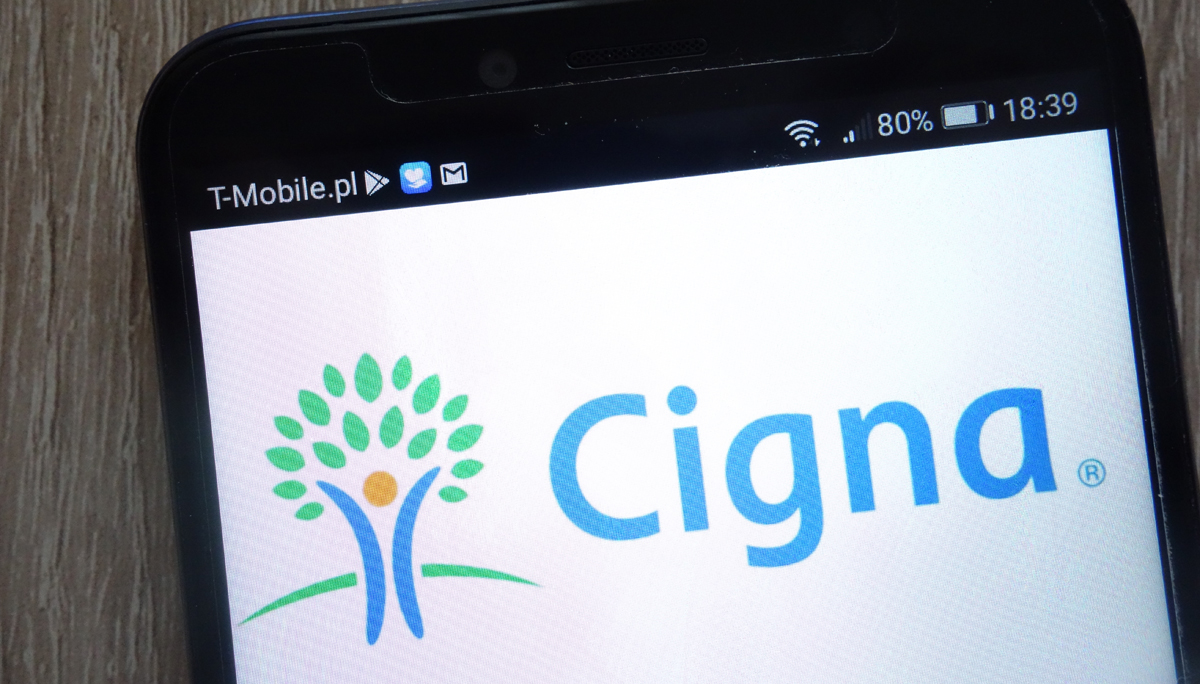 Cigna, one of America’s largest health insurance providers, is taking heat for employee training maintaining that whites and Christians are evil.

The company is reportedly forcing employees to undergo training based on so-called “Critical Race Theory,” an extremist, left-wing belief that teaches that white people and the Christian religion are the focus of all that is bad about America.

Employees say they are pressured to comply with “inclusive language” outlines that suggest replacing terms like “Brown Bag Lunch” with “lunch-and-learn” or “grab n’ go.”

Other suggestions include avoiding the phrase “No can do” and replacing it with “unavailable.” Employees are told to avoid gendered descriptions of romantic partners or family members and not to use “Hip Hip Hooray” at birthday parties, so others feel included.

Microaggressions listed include questions such as “Do you even know what Facebook is?” and “Are you a nurse?” Employees are also asked to go through a “Societal Norms checklist” and tick off boxes if they are “White,” “Christian,” or “Heterosexual.”

“Our inclusive culture at Cigna means that we’re working hard to ensure everyone feels respected, welcome, and like they belong,” wrote Susan Stith, the Cigna Foundation’s vice president for diversity, equity, inclusion, and corporate responsibility, in an internal memo. “This extends to the words we use, including understanding when certain terms might be perceived as negative or hurtful, and being intentional about choosing positive alternatives.”

The Examiner added a few screenshot as examples: 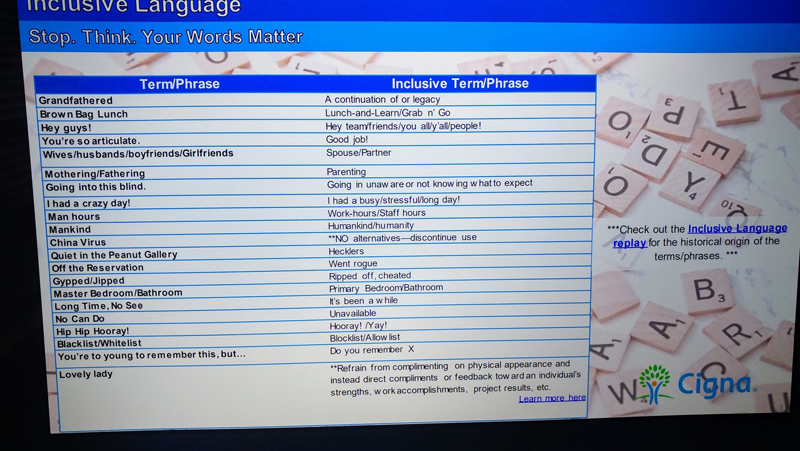 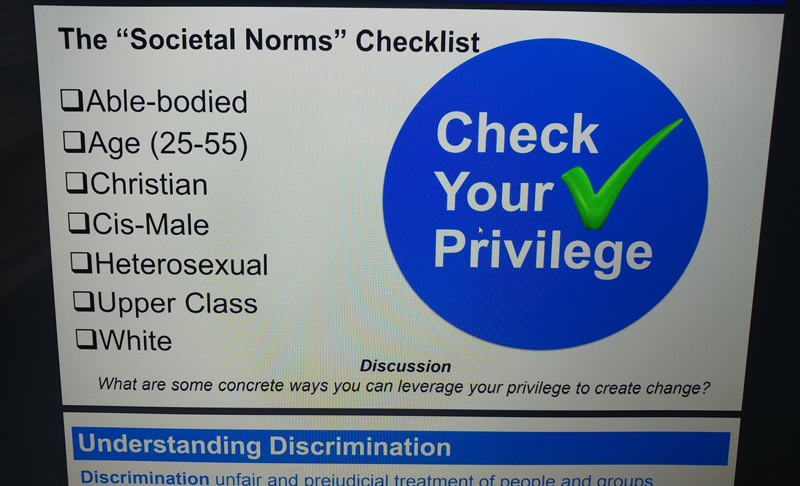 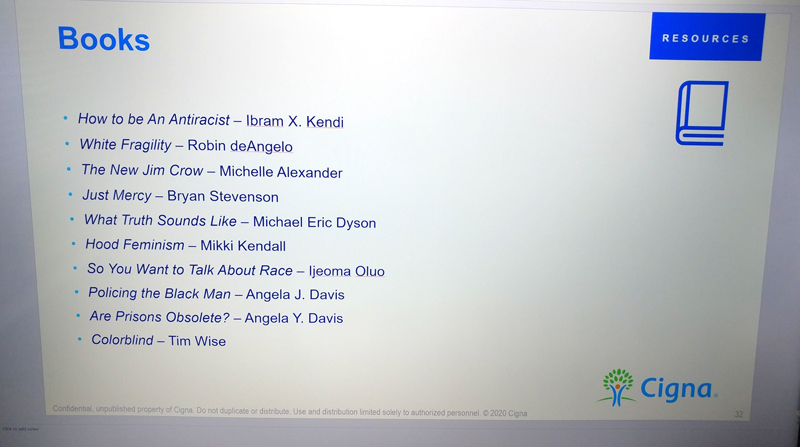 It is just another example of the hate these leftists have for whites and Christians and a sad example of how liberals are winning the culture war since this sort of open hate seems to be wholly acceptable.