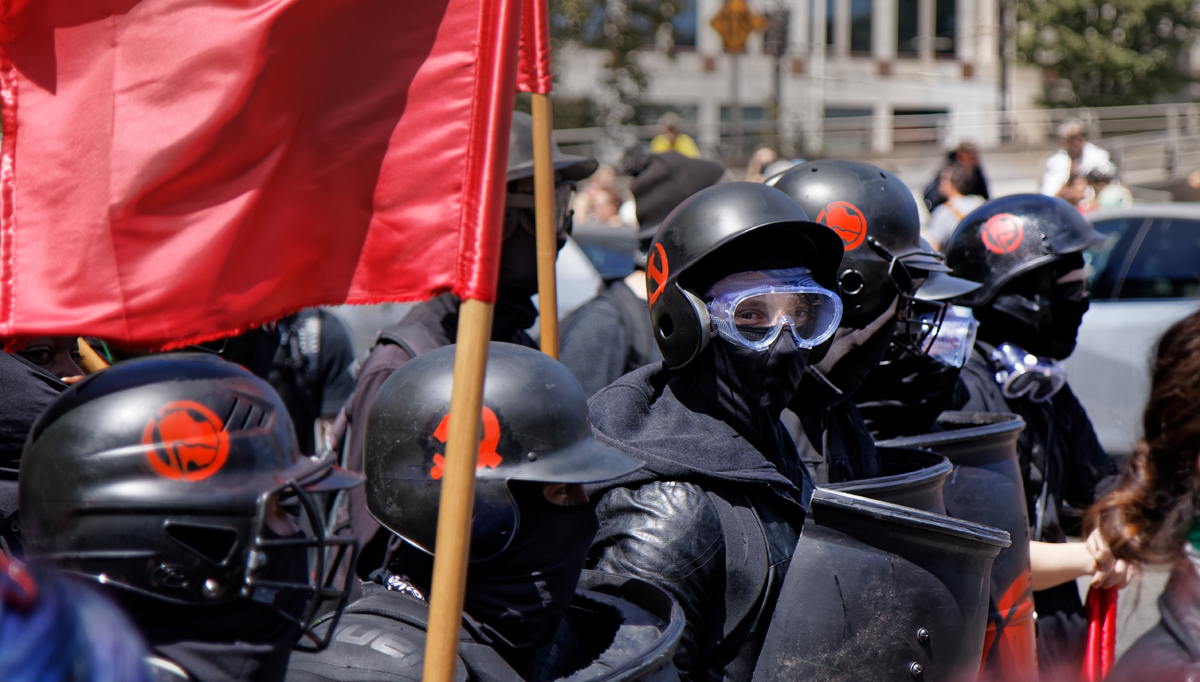 What started out as a drive-through “freedom rally” advertised as an event to honor those who “fought for our freedoms, became violent when Antifa decide to attack. Per the Salem Police

The situation soon turned violent as Antifa attacked conservatives in the streets.

Salem Police arrested at least three people and urged others to stay away from Oregon’s State Capitol building Sunday evening as violence linked to Antifa-aligned protesters broke out.

The “heavily armed” crowd had grown to as many as 200 people, Fox 12 Portland reported. The chaos unfolded as a planned right-wing protest, and Antifa counter-protest were scheduled in Salem for the same day.

Police received reports of vehicles driving past the Capitol being struck with balloons filled with paint as well as green lasers being pointed at drivers.

Images from the scene were soon public as Andy Ngo, who is usually providing the best reporting on Antifa, was there.

A rioting #antifa militant was nearly run over by a truck at the Oregon state capitol in Salem. #Antifa have gathered there today with weapons. They're throwing rocks at vehicles passing by. Police are not getting involved. pic.twitter.com/vVwpssNDPQ

#Antifa impaled the red truck with a large tree branch during their mob attack on the vehicle outside the Oregon state capitol. There was a female passenger in the vehicle at the time who was nearly killed. #AntifaRiots pic.twitter.com/WZARAZoT5A

Andrew Alan Foy, 34, of Portland, traveled down to the Oregon Capitol in Salem to allegedly participate in the violent #antifa riot where drivers were assaulted. He's charged with several criminal offenses. He is from a well-to-do family in Chesapeake, Va. #AntifaMugshots pic.twitter.com/XZTg9SkwQb

You ever noticed how the Antifa terrorists are always covering their faces with masks? Is it that they are cowards who don’t really believe in what they are doing, or are they fugly?

Sadly, the Democrats who run blue states like Oregon and the federal government refuse to acknowledge that Antifa is a domestic terrorist organization. In fact, most don’t believe Antifa is an organization at all. Until those in power have the courage to admit the truth about Antifa, those terrorists will continue to commit violent attacks in liberal cities and states.