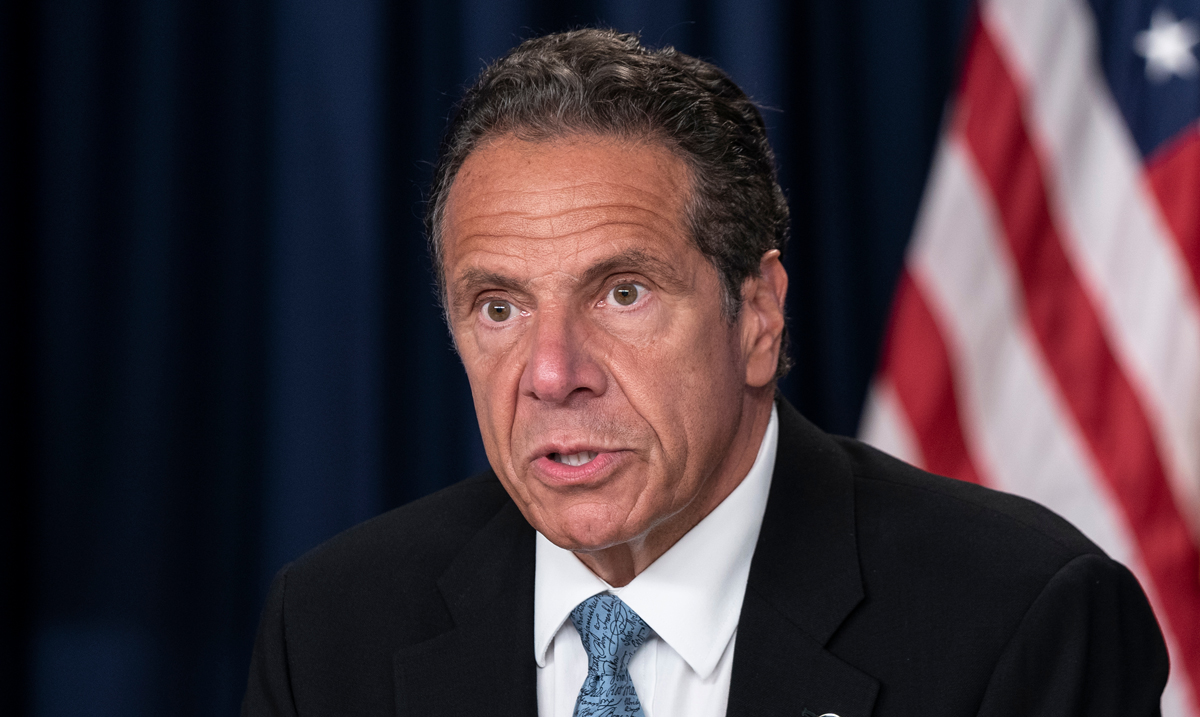 Both of the festering Andrew Cuomo scandals, the lying about the nursing home deaths and the sexual harassment, stem from the fact that he is a bully with an extra-large ego. An article in Vanity Fair magazine written by Michael Shnayerson, who covered Cuomo as a reporter and wrote a biography of the governor in 2015 called The Contender, validates that diagnosis and his Shnauerson’s bullying claims are backed up by other sources. Andrew Cuomo spiteful bully

In the piece, Shnayerson “recounts the governor’s checkered, bullying, spiteful past—and brings to light a hushed allegation of physical abuse.”

The article provides twelve truths about Cuomo to prove that he is a spiteful bully who pushed around his brother, the press, and people who worked for him.

At the Department of Housing and Urban Development, Andrew Cuomo—serving as HUD’s assistant secretary and then as the youngest-ever head of the agency—did what he’d done as his father’s go-to guy in the governor’s mansion. He stuck close to his tight circle of insiders—and hammered a goodly number of underlings. He called older civil service staffers “white heads” (deriding their hair color as a sign of their advanced age) or “f**kheads” or “dumb f**ks.” He frequently threatened to fire outsiders. HUD’s inspector general, Susan Gaffney, was a woman who dared to speak up, so she became a target. In 1998 she would testify that Cuomo and his aides tried to smear her as a racist. (A Cuomo staffer at the time claimed her testimony to be “riddled with inaccuracies.”) Cuomo’s accusations against her grew only more pronounced as Gaffney produced management audits critical of his department, The Washington Post noted. He called her at home on weekends and lambasted her. “Tell me what it would take me to get you out,” he thundered. Gaffney also testified that Cuomo’s hostility had “led to a series of attacks and dirty tricks…. Someone needs to convince the secretary that I am not an adversary. I am trying to do my job.”

That sounds like the Andrew Cuomo we know today, the one who threatened to destroy assemblyman Ron Kim’s career via the telephone for having the gall to talk publicly about the COVID-19 nursing home scandal. In NY political circles, Cuomo has a reputation for making those hostile phone calls often.

Shnayerson is not the only person who describes Cuomo’s bullying. In November 2020, this site reported that Alexis Grenell, who was Andrew Cuomo’s deputy director of intergovernmental affairs when he was the New York State AG. Now a Democratic Party consultant, Ms. Grenell wrote an op-ed in the very liberal magazine, The Nation. Democratic Party consultant, who described the Governor as “a snarling attack dog who gaslights fellow Democrats and deploys staff to call his female critics ‘f—-g idiots.”

A recent NY Magazine piece said that “during his decade as governor, he has often strutted his thuggish paternalism while his top aides disparaged those who challenged him. Two years ago, a Cuomo spokesman called three female state lawmakers in his party “fucking idiots.” In 2013, Cuomo created the Moreland Commission to investigate public corruption, only to shut it down abruptly less than a year later amid allegations that he had obstructed its work.”

Though the multiple scandals erupting in Albany seem to toggle between sexualized harassment stories and evidence of mismanagement, what is emerging is in fact a single story: That through years of ruthless tactics, deployed both within his office and against anyone he perceived as an adversary, critic, or competitor for authority, Cuomo has fostered a culture that supported harassment, cruelty, and deception.

Both Cuomo’s nursing home scandal and sexual harassment claims stem from his spitefulness and bullying personality. The lying about the nursing home deaths and denial that his order had anything to do with the death count (while blaming others) is a result of someone whose bullying ego is so large in his mind he could never do anything wrong….and you will believe him…or else!

An article on sexual harassment in Psychology Today explains that the motivation for the abuse “stems from the perpetrator’s need for dominance and control. In heterosexual and same-sex encounters, sex is the tool used to gain power over another person. ”

Put it all together, and we are left with a fact that many New Yorkers have known forever. Andrew Cuomo should not be in public office. He does not have the personality to be a manager of any organization. His actions may lead to his being tossed out of office via impeachment. But if he does last to the end of term, Andrew Cuomo’s bullying personality will drive him to run for a fourth term in 2022 (something his father tried to do but failed). He must not win because when bullies win, they get worse.