The National Football League needs Super Bowl LV to be a success, and in a big way. The league has been consistently saddled with setbacks in recent months, thanks in no small part to their unwillingness to address the issue of personal political statements and protests by players. The league has taken the “free speech” side of the argument, but fans are annoyed by the demonstrations, and ratings are way down. But On Super Bowl Sunday, the protests won’t be coming from the sidelines – they’ll be coming from the parking lot. demonstrate against KC Chiefs

The protesters will bust the Kansas City Chiefs’ “chops” before Super Bowl LV’s kickoff. A Florida organization is planning to protest outside the stadium in Tampa, Fla. They object to the Chiefs’ name, the fans’ tomahawk chop, and the use of other Native American imagery.

The Florida Indigenous Rights and Environmental Equality group, which is based in St. Petersburg, will run the protest near the stadium, holding signs and singing. Alicia Norris, the group’s co-founder, told the Associated Press that the chop is “extremely disrespectful” and equates Native Americans to “savages.”

Kile Chaney, a 42-year-old stonemason from Missouri, told the AP that he sees it as a “rally cry.”

“Just to hear all the fans doing the tomahawk chop and hear it echo through the corridors, it is a beautiful noise that we make here,” he added.

Students at Haskell Indian Nations University in Lawrence, Kan., were among those who called for the Chiefs to make some changes before the 2020 season started.

“Using this mascot and having this fan base of predominantly White people wearing face paint and headdresses and doing the tomahawk chop, and it energizes them and gives them this sense of power, and then thinking there is nothing wrong with doing that is just mind-boggling to me,” said former student government president William Wilkinson, who is Navajo, Cherokee, Mandan, Hidatsa, and Arikara.

There are already protests in KC. There are Billboards are up in KC on I-435 and I-70: 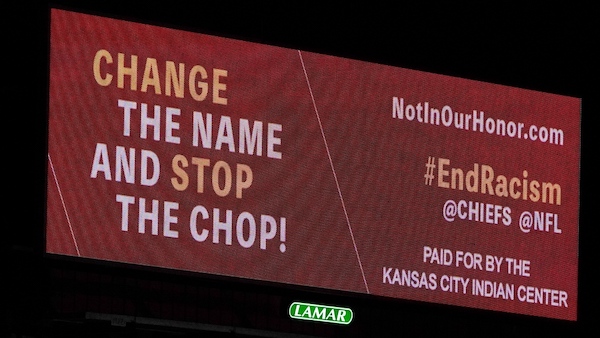 The news comes months after the Washington Redskins changed their name to “The Washington Football Team,” after decades of sustained pressure from indigenous advocacy groups. And the Atlanta Braves and Cleveland Indians announced a change of their name.

I don’t understand the team hatred of the teams’ names. Personally, I would be proud if any of those teams change their name to something like the Jewish Space Lasers using the logo below: 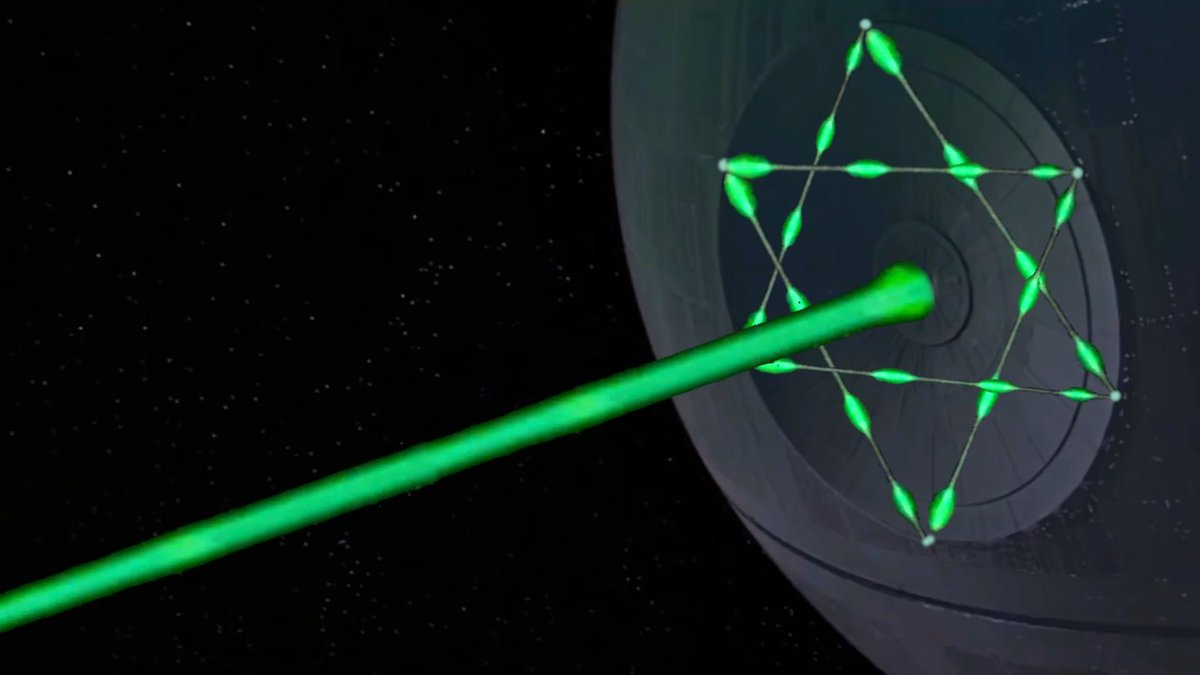