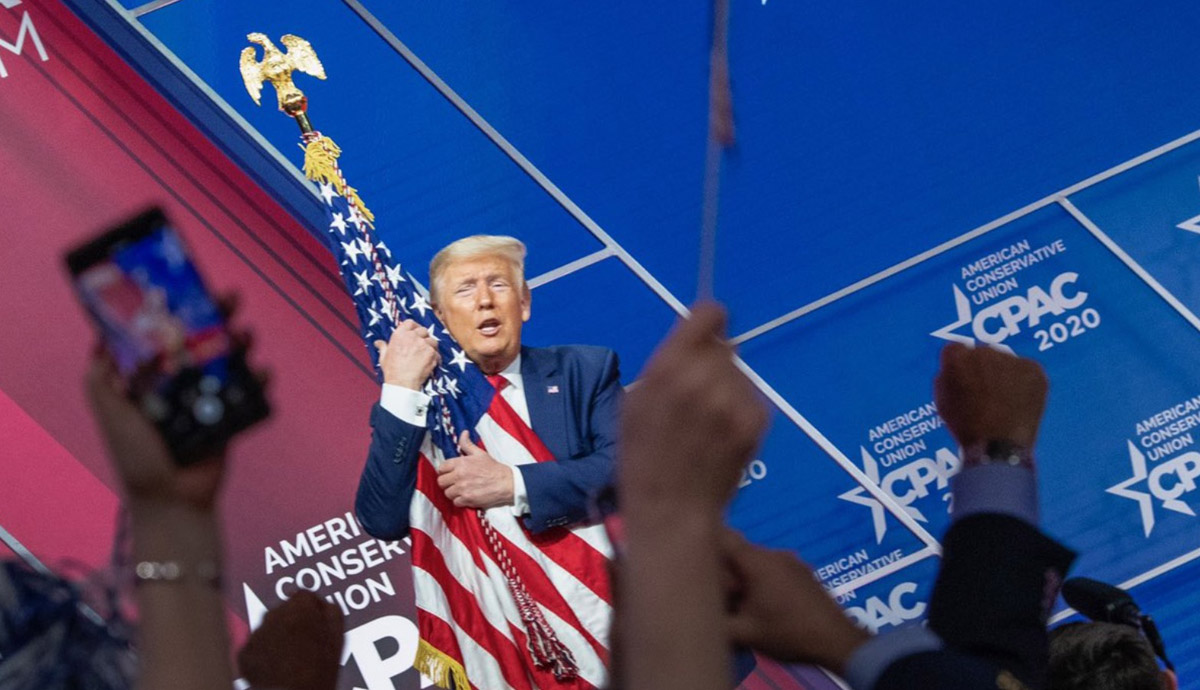 Former President Donald Trump won the CPAC straw poll by a huge margin this weekend at the annual conservative conference, this year held in Orlando, Florida.

Trump got 55% of the vote in the poll for who should run for president in 2024 and Florida Gov. Ron DeSantis came in second place at 21% when the results were announced on Sunday.

But don’t feel bad for the Fla. gov. He was the decisive victor when Trump was removed from the quotient. Conference attendees were also asked to rate possible GOP presidential candidates excluding Trump.

With that question, DeSantis won 43% of the vote, followed by South Dakota Gov. Kristi Noem with 11% and Donald Trump Jr. at 8%. Several others rand in at less the 7 percent.

Trump’s approval rating was 97%, with 87% saying they strongly approve of Trump’s job as president. And 68% of people at CPAC in the straw poll said that Trump should run for president again.

American Conservative Union President Matt Schlapp noted that these results show that no Never-Trumper will lead the Republican Party for the foreseeable future.

Here are the full results:

Without Trump in the mix: