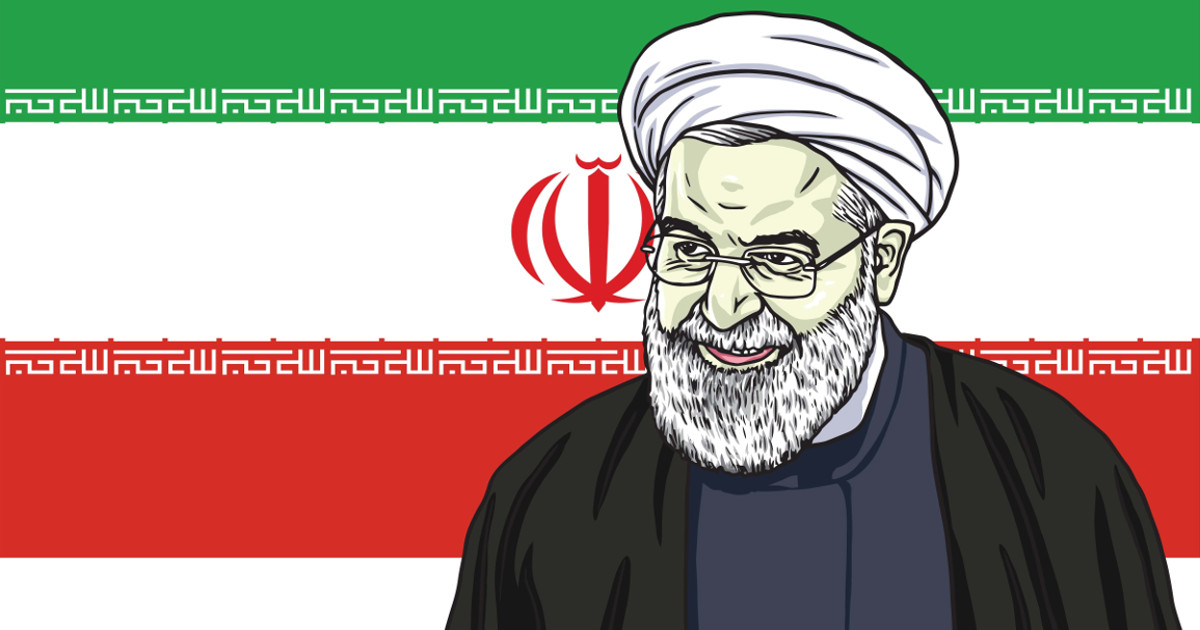 The Jewish holiday of Purim begins this coming Thursday night, February 25. Purim is a holiday that celebrates Jewish people’s victory led by the Jewish Queen of Persia, Esther, and cousin Mordechai over the ancient Persian king’s grand vizier, Haman. If he were alive today, Haman would have been a Democrat because he hated Jews and got permission from the king to kill all the Jews in the Persian Empire. But before he could complete his plan, it was foiled by Esther and Mordechai Most people don’t realize that despite the 2000+ year difference, the same Biblical Queen Esther who saved the Jews from Persia in the Purim Story who protected the Jews when she sabotaged the nuclear bomb program of Iran, the modern Persia. Stuxnet computer worm

The first time she defeated the evil in Persia, Esther used her beauty. The second time Esther helped save the Jews, it was her name in computer worm named Stuxnet. We know about it because Israel left Iran a clue–its own version of “Kilroy was here.”

Stuxnet was a malicious computer worm that destroyed the rogue nation’s nuclear centrifuges when it got into Iran’s computer systems. The job of the centrifuge is to enrich uranium so it could be used for reactors and/or weapons. This is done by spinning the impurities out of the uranium. The computer worm Stuxnet “took control” of the centrifuges and spun them of control until they burned out. This cyber-attack slowed down Iran’s march toward a nuclear weapon. The worm was so successful that in 2011 both the United States and Israel pushed back their timelines and reported that Iran was a few years away from achieving nuclear weapons.

While no country ever took credit for Stuxnet when it was first revealed, there was evidence that Israel (and Queen Esther) was behind the computer worm—evidence of biblical proportions.
Computer scientists who analyzed the Stuxnet virus found an essential directory named after Biblical Queen Esther. The first directory inside the virus is named “Myrtus.” The person/people who developed the virus may have been merely amateur horticulturists, using the word Myrtus because the myrtle plant is indigenous to — and prevalent in — various Mediterranean, Middle Eastern, and North African areas. But more likely, it was a mind game for the modern-day Persians, the rogue Iranian regime.

The Hebrew word for myrtle is Hadas which is the root of the name Hadassah. In the Purim story, Queen Esther’s original name was Hadassah. She changed her name to Esther to hide her Jewish faith from the king before entering the competition to be the next Queen. Given the constant Iranian threats against Israel, the use of Myrtus indicated a desire to send a message to Iran that couldn’t be proven that there was Jewish or Israeli involvement in Stuxnet.

Remember, Iran is modern-day Persia, and the computer virus was meant to stop the destruction of millions of Jews in Israel. Myrtus was probably placed to remind Iran of the Purim story and make the paranoid Iranians even more nervous. Many security experts saw the reference to Myrtus as a signature allusion to Esther,—an apparent “flipping of the bird” in a technological and psychological battle as Israel tried to breach Tehran’s most heavily guarded project.

In 2010 when Stuxnet was in the news, the New York Times reported about the “Myrtus” issue, and one former intelligence official who worked on the Iran desk said:

The Iranians are already paranoid about the fact that some of their scientists have defected and several of their secret nuclear sites have been revealed. Whatever the origin and purpose of Stuxnet, it ramps up the psychological pressure.

The reference to Queen Esther is not the only Jewish connection to the Stuxnet virus. According to a paper on the computer worm by the software company Symantec, the program also refers to an Iranian Jewish leader executed by the Islamist regime.

“Export 16 [the program’s main installer] first checks that the configuration data is valid. After that, it checks the value ‘NTVDM TRACE’ in the following registry key. If this value is equal to 1979050 the threat will exit” the paper continues. “This is thought to be an infection marker or a ‘do not in­fect’ marker. If this is set correctly infection will not occur. The value 1979050 appears refer to the date May 9, 1979[1979-05-09]. That is a significant date in Iranian Jewish history. On May 9, 1979, Iranian Jew Habib Elghanian was executed by a firing squad in Tehran sending shock waves through the tightly knit Jewish community. He was the first Jew and one of the first civilians to be executed by the new Islamist government.”

At first, there was no way to definitively prove whether the virus came from the US, Israel, or maybe some crazy hacker living in his mother’s basement. But in 2013, Edward Snowden told German news magazine Der Spiegel, that the NSA and Israel co-wrote Stuxnet.

Eventually, it was leaked that the US/Israel cooperated in creating the Stuxnet program, and it was put in motion by President Bush.

The New York Times reported that President Bush authorized a covert program to undermine the electrical and computer systems around Natanz, Iran’s major enrichment center. And that evolved into Stuxnet. They also reported that (to his credit )President Obama was first briefed on the program even before taking office. He liked the program and sped it up, according to officials familiar with the administration’s Iran strategy (sadly, that was the last time Obama “stood up” to Iran’s nuke program, and now his protege is trying to capitulate like his mentor).

The use of the word Myrtus should remind us that the virus slowing down Iran’s quest for nuclear weapons no matter what country it came from was replicating the events of the Purim Holiday Jews celebrate beginning this coming Thursday night. Stuxnet delayed the evil coming out of Persia, but a few years later, Barack Obama created a deal that gave them free rein–President Trump stopped it, however now Joe Biden is talking about capitulating to the Iranian mullahs and re-entering the JCPOA to give Iran free reign again.

Queen Esther, whose real name was referred to in the Stuxnet virus, was doing the work of God, and so was whoever designed the Stuxnet computer worm. I pray that Biden realizes that he is putting the United States, Israel, and the Gulf States in grave danger–before it’s too late.

Note: Before Thursday’s Purim start there will be a post on this site explaining the full Purim story and how the holiday is celebrated.