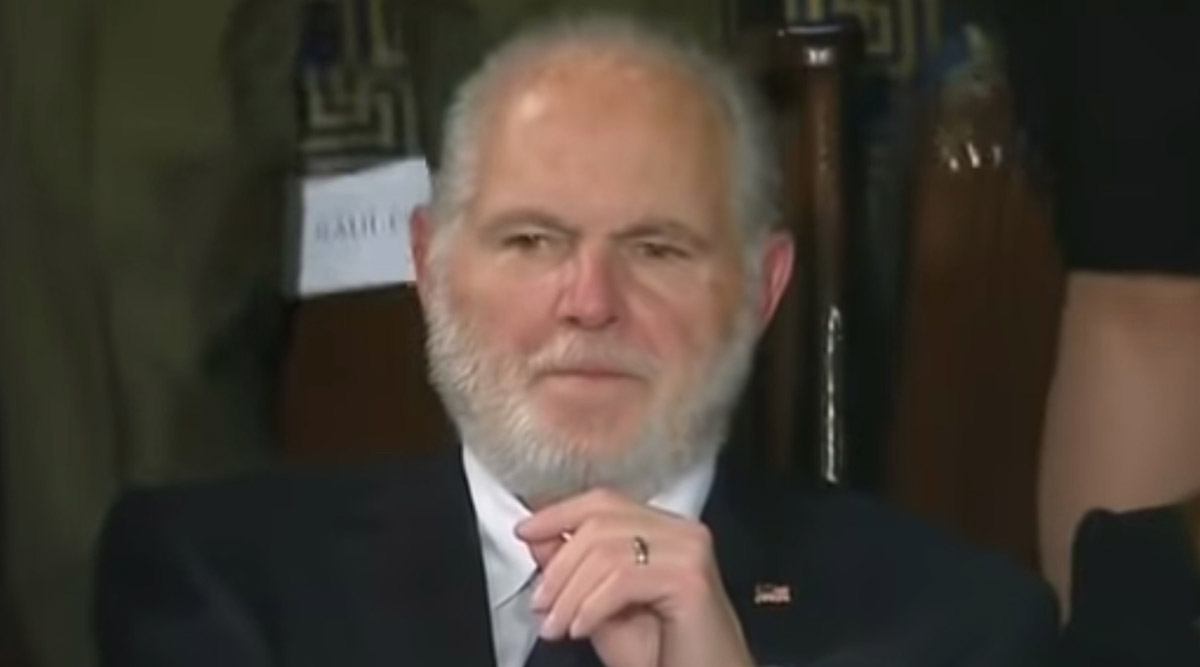 At the start of his Wednesday show, talk radio giant Rush Limbaugh’s wife announced that he had died of cancer earlier that day. Many praised him, but the left went wild attacking him on the day he passed from this mortal coil.

Both former President Donald Trump and former Vice-President Mike Pence bestowed high praise on Rush in the hours after his death was announced.

The president put out a statement saying that Rush could never be replaced:

The great Rush Limbaugh has passed away to a better place, free from physical pain and hostility. His honor, courage, strength, and loyalty will never be replaced. Rush was a patriot, a defender of Liberty, and someone who believed in all of the greatness our Country stands for. Rush was a friend to myself and millions of Americans—a guiding light with the ability to see the truth and paint vivid pictures over the airwaves. Melania and I express our deepest condolences to his wonderful wife, Kathryn, his family, and all of his dedicated fans. He will be missed greatly. 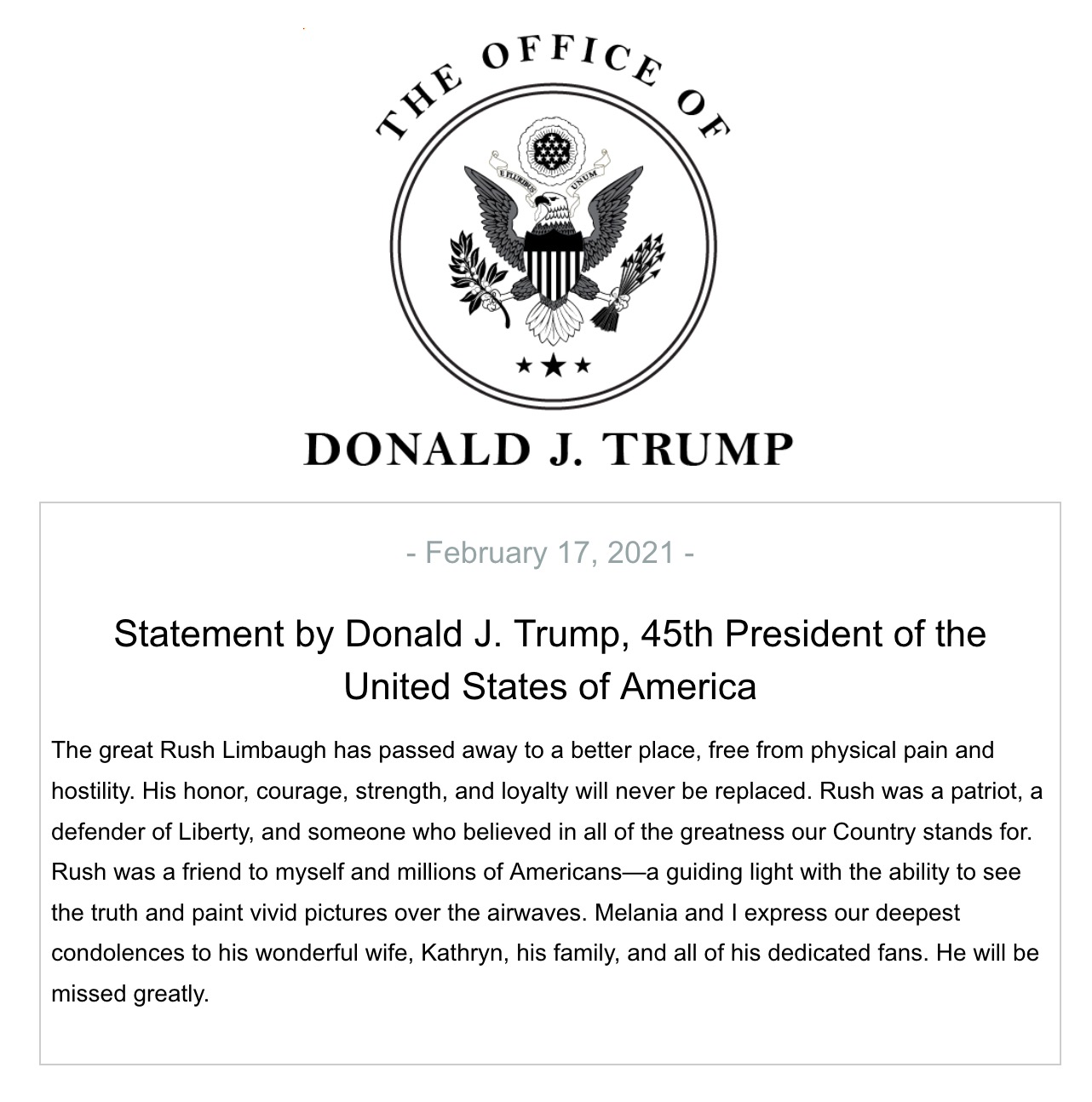 The president also spoke to Fox News during the day.

“Three or four days ago, I called him,” Trump told Fox. “His fight was very, very courageous and he was very, very sick and, you know, from diagnosis on. It was just something that was not going to be beat, but you wouldn’t know it.”

Trump also said that Limbaugh “told me he was married to an angel.”

“Every time I spoke to him, he would tell me how great she was. She took such great care. He was very brave — I mean he in theory could have been done four months ago, really. He just, he was fighting ’til the very end. He was a fighter,” Trump said of Limbaugh’s wife.

For his part, Pence posted a series of Tweets praising Rush.

Karen and I are among the millions who loved and admired this Good and Great Man. We started as fans, had the privilege to become friends, and we will miss him dearly.

And during my service as Governor and Vice President, he was the anchor of Conservatism, giving voice to a movement and fighting for the ideals that make America great.

Rush Limbaugh’s legacy will live on for generations in the hearts of the millions of Americans he inspired. His matchless voice will never be forgotten. May God comfort his family and all those who loved him. God Bless Rush Limbaugh.

Naturally, the hate-filled, disgusting left went wild spitting out their venom and announcing their glee that Limbaugh had died.

Check out this hate:

BREAKING: Talk radio host Rush Limbaugh has died at age 70. His wife revealed his death at the beginning of his show on Wednesday. https://t.co/Hr8owBtu6K

Using his sizable platform, Limbaugh advanced conservative ideas, though he often waded into conspiratorial waters and generated controversy for hateful commentary on gender and race. https://t.co/JJGEMRkUCB

Rush Limbaugh was a bigot and a misogynist who saturated America's airwaves with cruel lies and conspiracy theories for decades, transforming the GOP in the process.

If you're gonna read one obit, read @HuffPost's, from me & @nickrobinsearly https://t.co/ZoPJnGNG4g

Rush Limbaugh spent decades advancing his career by opportunistically spreading vicious lies that got a lot of bad people elected, whose corrupt policies in turn got a lot of Americans killed. Now he's dead. So be it. There's a reason "Rest in Piss" is trending right now.

Rush Limbaugh has passed on, but worry not- his memory lives on through bigots everywhere

Whether you loved him or hated him-and there are very few people in between-Rush Limbaugh was indisputably a force of historic proportions.
Over the past three decades,he did as much to polarize our politics as anyone and laid the groundwork for Trump and Trumpism.