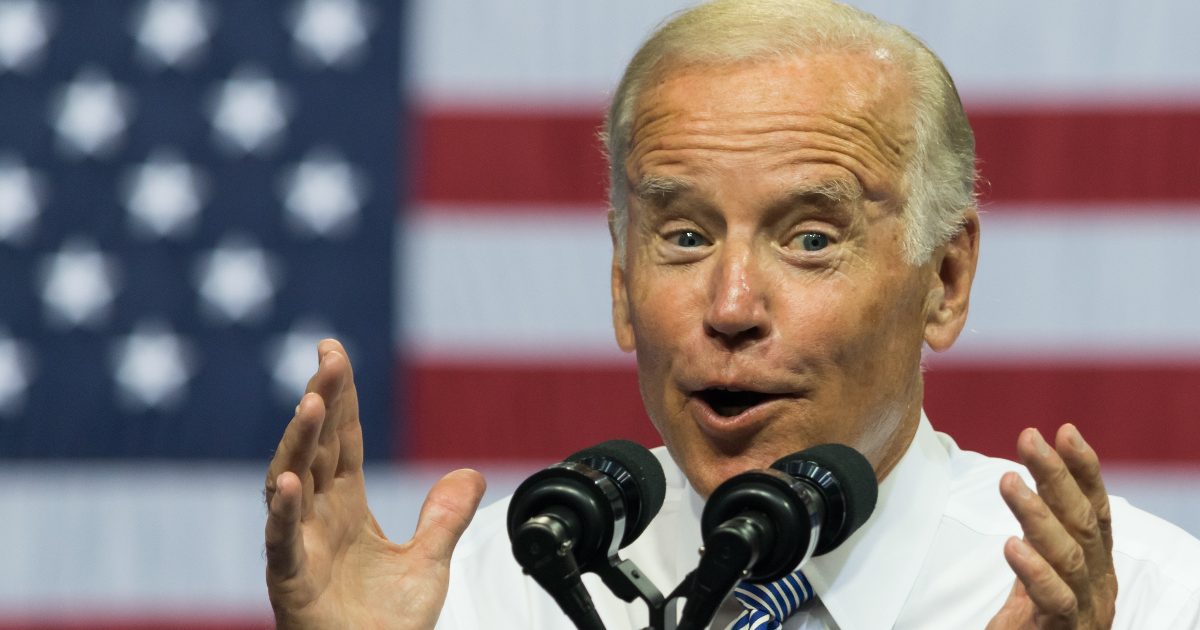 Trojan Horse. That’s how some described Joe Biden’s candidacy. The claim was that he would be a figurehead, an empty suit leaving the country’s REAL running to the far left of the Democratic Party. When he selected one of the furthest-left elected Democrats in the country as his running mate it did little to allay those concerns during the campaign. Helping that perception were the ‘lids.’ Day after day, Biden called a ‘lid,’ a message to reporters that they could go home because he was done for the day. Nothing has really changed since the inauguration. And according to a new poll likely American voters believe that President Biden is just a puppet of the radical left. Biden is puppet

Since he took over the presidency we’ve learned that old Biden campaign habits die hard.

Biden postponed a trip to Michigan, where he planned to tour a Pfizer COVID-19 vaccine manufacturing facility, and the White House declared an 8 a.m. “lid” for reporters — meaning there would be no in-person events.

The president’s trip to Portage, Michigan, was preemptively canceled Wednesday evening before any precipitation fell in Washington.

Although the destination in Michigan was a frigid 16 degrees Fahrenheit on Thursday morning, it wasn’t snowing there.

Please Note: The claims of President Biden calling a lid is a lie. The Lid has NEVER gotten a phone call from Joe Biden, his staff, or his family.

Kamala Harris is bravely soldiering on, while Biden holes up in the WH residence Perhaps the old fella is exhausted from signing all of those rule-by-fiat executive orders.

Surely calling Biden a figurehead spokes-muppet whose main job was to put a ‘moderate’ veneer on a rabidly-leftist agenda was overblown, right? Wrong! At least to the majority of likely American voters. A Rasmussen poll released Friday morning reports that despite that Joe Biden has been in office for only a bit more than four weeks, most likely American voters believe Biden is a puppet:

Less than a month after President Joe Biden’s inauguration, most voters believe the Democrat is “a puppet of the radical left” and not the moderate “nice guy” he was portrayed as being during the election campaign. Fifty-four percent (54%) of Likely U.S. Voters say they agree with this statement: “Joe Biden’s not the moderate nice guy that they made him out to be. He’s a puppet of the radical left.” Forty percent (40%) of voters disagree. That statement is a direct quote from Donald Trump Jr., in an interview last week with Washington Examiner columnist Paul Bedard. Not only do 82% of Republicans agree with Trump Jr.’s statement, but so do 27% of Democrats and 54% of voters not affiliated with either major party.

Adding fuel to the fire of this perception (or adding logs to the fireplace, which CNN reported is a regular activity of the new POTUS), Biden has been ceding key responsibilities to his VP, as well as various staff.

…When Mr. Biden invited Republican senators to the White House to reach a bipartisan deal on coronavirus relief this month, it was his chief of staff, not the president, who set the tone of the meeting.

Mr. Biden was “very engaged and well-prepared” for the meeting, Sen. Kevin Cramer told The Hill, “but I also heard that his chief of staff stood at the back of the room and shook his head ‘no’ for every [Republican] point,” the North Dakota Republican said.
…With Ms. Harris taking a lead in diplomacy and White House Chief of Staff Ron Klain dominating the outcome of White House meetings, one has to wonder: Who is calling the shots at 1600 Pennsylvania Avenue?

Is it possible Mr. Biden is merely a figurehead, and Ms. Harris and Mr. Biden‘s staff are the ones setting the policy agenda and running his White House?

It certainly seems so.

“The President himself would tell you that we keep him pretty busy, and he has a full schedule this week,” Ms. Psaki told reporters in a Feb. 8th press briefing. Note the phrasing, “we” the staff, keep the president busy.

We keep him pretty busy doesn’t sound like Biden is acting as the President. It sounds like the staff is baby-sitting President Biden.

Will some intrepid reporter ask the burning question — is the real reason Joe won in that game of Mario Kart because he’s got nothing more pressing to do with his time than practice, play with his dogs, or put the occasional (carbon-emitting) log on the fire? I doubt it. I would predict that the new President would really call The Lid, long before the liberal press asks Joe Biden a tough question.

Parts of this post was first seen at Clash Daily.