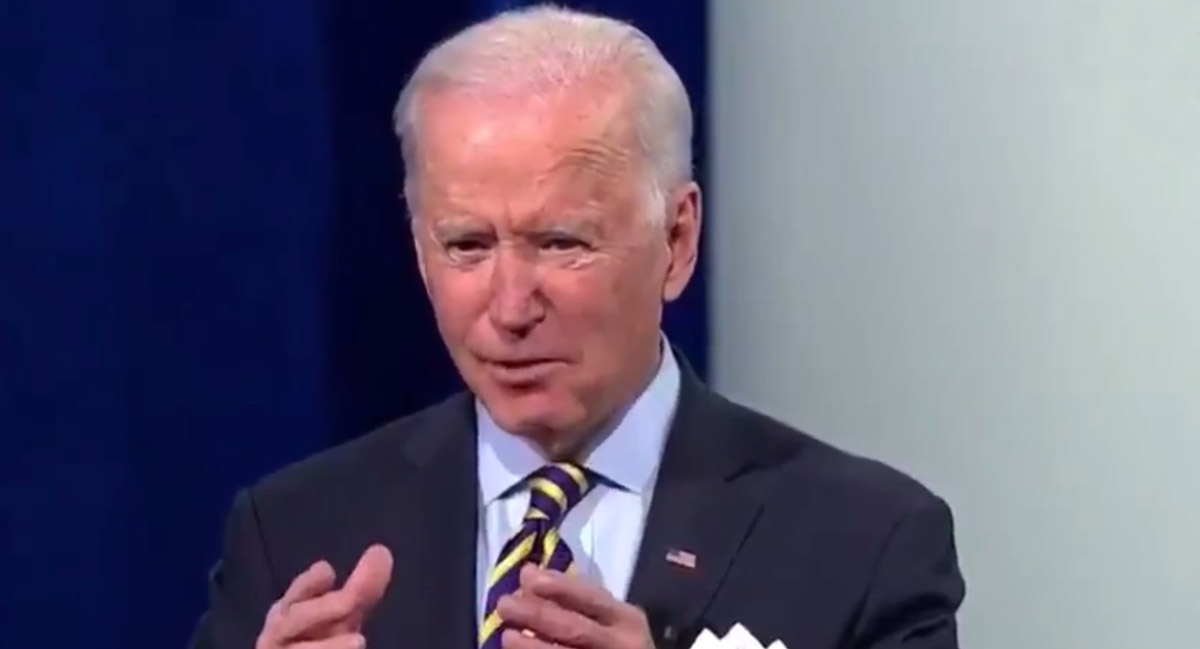 On Tuesday, Joe “Commander in Cheat” Biden told a CNN townhall that minorities are too stupid to figure out how to use the Internet to find places to get a coronavirus vaccine.

Biden appeared at a friendly CNN towhall where he rambled on about how Hispanic and black people don’t “know how to get online.”

“A lot of people don’t know how to register,” Biden said. “Not everybody in the community, in the Hispanic and the African-American community, particularly in rural areas that are distant and, or inner-city districts know how to use, know how to get online to determine how to get in line for that COVID vaccination at the Walgreens.”

Enjoying this massive Red pill known as the Biden presidency

Joe Biden: Hispanics and African Americans Don't Know How To Use The Internet❗
If Trump said this they would call him a racist, and the entire mainstream media would have it on loop for the next two weeks pic.twitter.com/ALnvTEEvEs

Many on social media were not amused at Biden’s claim that blacks and Hispanics are too stupid to figure out that whole Internet thingamajig.

Joe Biden says black people and Hispanics don’t know how to use the Internet and can’t figure out where to get the vaccine. 🤦‍♂️ pic.twitter.com/nRXPPP9CZm

Biden just said black people are too dumb to know how to use the Internet.

Everything is opposite with the left. The real racist, Biden, is portrayed as not racist.. while the most pro-black President, Trump was portrayed as racist.
It’s Inversion of reality #BidenTownhall

According to President Biden, Hispanics and Black Americans don’t know how to get “online.”

I grew up in an inner city, Latino community – we know how to use the internet.pic.twitter.com/lpUCMSbXtk

Joe Biden thinks you ain't really black if you didn't vote for him, or if you know how to get on the Internet without government assistance

Good thing we voted out a racist dictator so we could get Biden to dictate 90 executive orders in his first week and then say Hispanics and blacks are too stupid to use the internet. https://t.co/fgsXMjS4HB

Joe Biden says…
No stimulus
No student loan cancellations.
No defunding the police.
Put three mask on, go back to work and throw them kids back in school.
And btw y’all don’t even know how to use the internet. Bye.

2. Too bad parents, no school for your kids.

3. Minorities don't know how to use the internet.