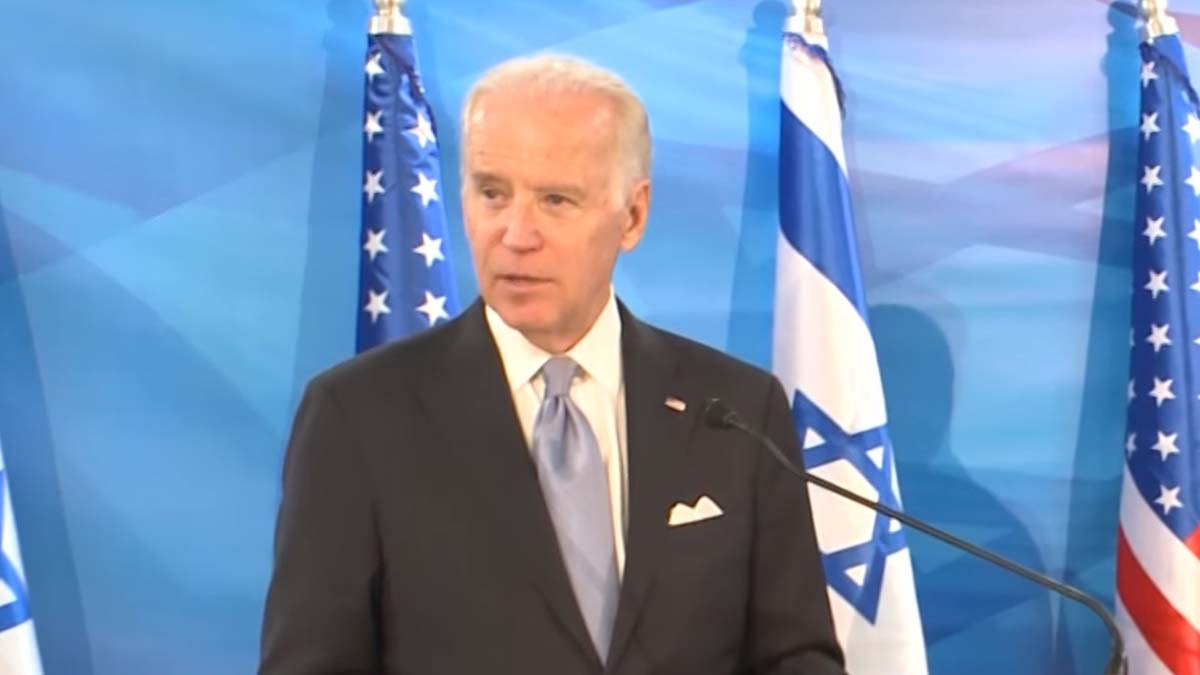 The New York Times confirms President Joe Biden has been appointed Robert Malley as his special envoy to Iran to re-enter the Iran deal. In other words, he’s appointed an anti-Israel envoy to negotiate with a country that wants to nuke Israel and the United States, so this country can re-enter a deal that will allow Iran to start making nuclear weapons somewhere between 2025 and 2030. But Malley should fit right in. He’s made a career of opposing Israel, supporting terrorists, and capitulating to Iran,

Mr. Malley will be responsible for trying to persuade Tehran to rein in its nuclear program — and stop enriching uranium beyond limits imposed by a 2015 deal with world powers — and agree to new negotiations before the United States lifts its bruising economic sanctions against Iran.

Robert Malley, who shared his pro-Hamas, anti-Israel views as part of the Clinton and Obama administrations, and was an adviser to Bernie Sanders, grew up with a radically socialist dad who was a close friend of terrorist Yasser Arafat.

Now he will be joining the re-Obama administration as the newest member of Biden’s anti-Israel, weak on terror, capitulate to America’s enemies, team.

When Malley’s name first surfaced in news reports as a leading candidate for the post, he drew criticism from some Republican lawmakers and pro-Israel groups that expressed concern that he would be soft on Iran and tough on Israel. But a number of foreign policy veterans rushed to his defense, praising him as a respected, even-handed diplomat.

Even-handed? Sure —and LL Cool J has a full head of hair.

One of those supposed veterans Reuters was talking about was Aaron David Miller, who praised Malley to Jewish Insider. Miller’s pedigree includes being part of former Secretary of State James Baker’s Jewish anti-Israel team. He hired them to give him cover for his anti-Israel statements. Baker was famous for saying, “F*ck the Jews they won’t vote for us anyway.”

As for Mr. Malley, he is a second-generation terror supporter and Israel hater. I do not believe the father’s sins are visited on the son, but this son has chosen to follow in his dad’s footsteps.

Malley grew up in France, where his Egyptian-born father, Simon Malley, and New York raised mother, Barbara (Silverstein) Malley, were radical publishers of a controversial magazine about Africa and the so-called Third World. Malley’s parents were rabidly anti-Israel and counted Yasir Arafat as a personal friend. Indeed, Arafat was among those “leaders” (for want of a better word) who had intervened with the French government to readmit the Malley family to France after being expelled for their radical activities.

Malley’s personal pedigree not only includes a host of anti-Israel articles, many of which were co-authored with Hussein Agha- a former adviser to the terrorist Arafat. As a former aide to Bill Clinton, Malley is the only American privy to the Clinton peace efforts to blame Israel for their lack of success. The others involved, including the former President, said that Yassir Arafat walked away from a “sweetheart” deal. He was also believed to be the chief source for an article by Deborah Sontag that whitewashed Arafat’s role in the collapse of the peace process, an article that has been widely criticized as riddled with errors and bias.

In 2011 Malley wrote a piece in the Washington Post that pushed the terrorist group Hamas as an important peace partner. A close reading of that op-ed reveals his propagandist methodology.

Sometimes facts are just inconvenient things. What Malley refused to mention in his Hamas propaganda is that Hamas threw out the “democratic institutions” of the Palestinian Authority in Gaza with a military operation And once Hamas took over Gaza until the time Malley wrote the above op-ed, it was responsible for launching almost 20,000 missiles, mortars, etc., into civilian areas of Israel.

As a member of Obama’s 2008 campaign team, it was revealed that Malley was secretly meeting with Hamas, and he was supposedly fired because of those meetings. But the truth was Malley was a willing sacrificial lamb to make Obama look good. He remained one of the most trusted Middle East advisors for Obama, the most anti-Israel president since the Jewish State’s reestablishment in 1948.

In 2014 Malley became official again. He became Obama’s czar in charge of countering the Islamic State of Iraq. He was eventually promoted to being a special assistant to the President and moved on to the NSC as Middle East Coordinator. There he was actively engaged in negotiating the JCPOA—the Obama/Kerry capitulation to Iran.

In between and after his Obama tenures, Malley served progressive anti-Israel puppet-master George Soros at the International Crisis Group. Even today, he’s working at the ICG, an international think tank funded by the “dude of spooky” himself. He has also served on the advisory council of the anti-Israel Organization, J-Street.

Malley will complement the rest of the new President’s foreign policy team, which features many other former members of the Obama anti-Israel team Earlier this week, Biden added Maher Bitar, one of the executive board members of the anti-Semitic, pro-BDS group, Students for Justice in Palestine, as Senior Director for Intelligence at the National Security Council.

He was a key member of the Kerry team that capitulated to Iran in the JCPOA, created a deal will enable Iran to build nukes between 2025 and 2030, and then lied about it to the American people. There are many reasons why that deal put the U.S., the Sunni Muslim states, and Israel in existential danger.

Part of the JCPOA requires Iran to reduce the number of centrifuges it operates down to 5,060 centrifuges. Former deputy director of the CIA Mike Morell told Charlie Rose that the number is enough to produce bombs but not enough for a nuclear power program. The centrifuge provision expires after ten years.

The remaining 14,000 centrifuges did not get destroyed. Most were stored at the Natanz plant (until 2035). Afterward, they are available for use. One-third of the 1044 centrifuges in the underground nuclear site at Fordo is allowed for isotope production and won’t be used for uranium enrichment (they pinky swear). Iran can build and test gas centrifuges used to enrich plutonium, but they are supposedly allowed to play with only a few of each type until 2025. While restrictions are in place, Iran can’t use the gas centrifuges to enrich are allowed to perfect advanced plutonium-producing gas centrifuges. But as you will find out below, Iran does not allow inspections of Fordo or other military sites used for nuclear development, so we don’t know their compliance level.

One of the secret side deals discovered by the AP and America wasn’t told about by the Obama/Biden administration, allows Iran to upgrade and modernize its centrifuges, thus increasing its enriching capacity, all before the deal officially expires.

Those anytime, anywhere inspections….they aren’t allowed. But the Iranian authorities claim military sites are off-limits to the IAEA. Sadly the IAEA and the countries that stayed in the deal refuse to push the point because they don’t want Iran to seem non-compliant. But there is one site with inspections. They get to self-inspect the Parchin military base with no IAEA inspectors present. Parchin is the site where Iran was working on nuclear triggers for its bomb program.

There are many other examples of the lies you have been told about the horrible deal Robert Malley helped to craft…but I am sure you get the idea by now.

The Robert Malley appointment is another indication that the re-Bama administration of Joe Biden will put the United States of America and our ally Israel in grave danger. With Robert Malley’s help, we will be returning to the lead from behind, appeasing terrorists, apologize for America, days of Barack Obama.