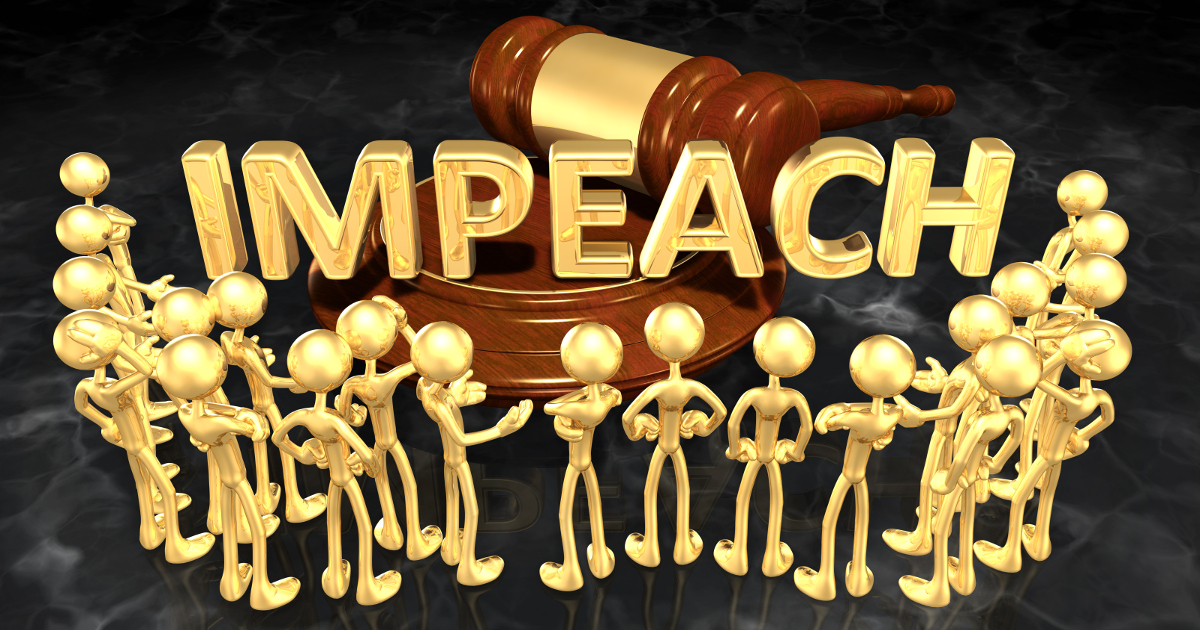 Well, the Democratic Party lost their second annual impeachment face. The only thing they’ve proven is that they don’t give a rat’s arse about the United States and hate their opponents so much they will waste time to make them look bad. So what does the GOP do now? There is a good chance they will retake the House in 2022. If they do, should they exact revenge with a little impeachment of their own? Lindsey Graham hinted that they might take that step. GOP impeachment revenge

Speaking to Chris Wallace on “Fox News Sunday,” Graham argued that the vice president’s support for a fund that bailed out protesters over the summer could leave her liable for impeachment, for the same reason as Dems tried to toss Trump out of an office that he no longer held.

“And if you use this model, I don’t know how Kamala Harris doesn’t get impeached if the Republicans take over the House,” Graham said.

“Because she actually bailed out rioters and one of the rioters went back to the streets and broke somebody’s head open. So we’ve opened Pandora’s Box here and I’m sad for the country?”​

Lindsey Graham suggests Kamala Harris will be impeached if Republicans take back the House next year pic.twitter.com/J68Or4k1la

“What more could you do to incite future violence than to pay the bail of the people who broke up the shops and beat up the cops,” Graham said in that previous interview.

Sorry, Lindsey, but what I wish for is no more fraudulent impeachments and no longer putting the country last, by either party.

Firstly just as it was wrong to convict Trump after he left office, it would be wrong to go after Kamala Harris for something she did before she took office. If Biden, Harris, or anyone else in Biden’s re-Bama administration is impeached, it should be for something they did while in office.

Even more important is that the two Trump impeachments, along with the Russia hoax, proved only one thing. The Democrats care more about their party than they care about the country. They hate Donald Trump and the Republicans more than they love America. Just look at how Nancy Pelosi held up a COVID relief bill until Trump lost the election, or how Schumer slow-walked the Trump cabinet picks, and neither wanted to discuss Trump’s offer to accept the “dreamers” if they would accept the southern border wall. Their first priority was to prevent President Trump from having a victory–the U.S. was last.

If the GOP does what Graham suggests, try to impeach Kamala Harris for urging people to donate to a charity, albeit a charity whose I vehemently disagree with, then the GOP would be just as bad as the liberal democrats.

In the twenty-two mid-term elections since FDR’s first term, the president’s party lost an average of 28 seats. As the Democrats have a small nine-seat advantage today, there is a good chance the GOP will retake the House in 2022. If they do take the house, it is crucial that they spend their time trying to fix the country’s issues–not waste their time on impeachment–even if they regain the Senate also, which is not as likely as the House.

That’s not to say if someone commits high crimes and misdemeanors, there should not be an impeachment–but only if it is real, no more wasting time to make a political statement. No one votes a Republican to play the “you did it, so I will also” game. The best way to get “impeachment revenge” is to block Joe Biden’s extreme left-wing policies and implement conservative ones. In other words, care more about America’s future than bashing the competition–that’s a liberal game.