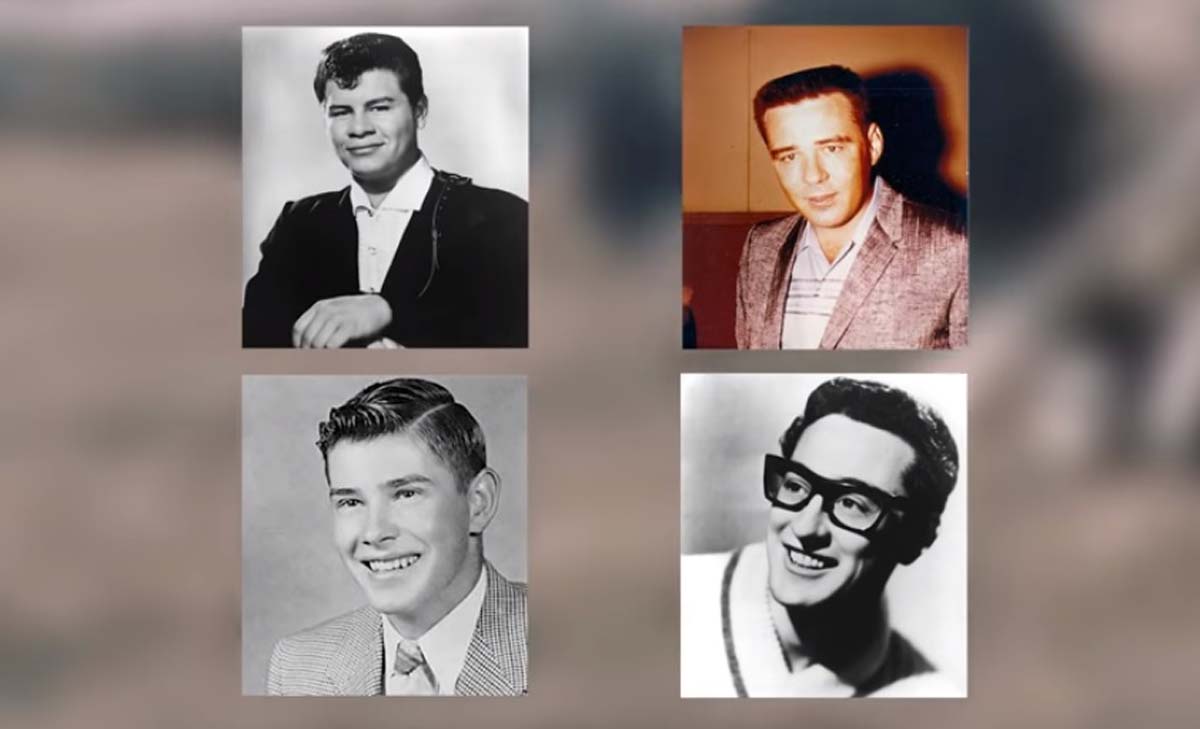 Some events are burned into our collective memory even decades after they happened, such as JFK’s assassination, the Challenger explosion, and September 11th are all those types of events. For those who are old enough to remember February 3, 1959, that day is also scorched in their memory and will always be known as “The Day The Music Died.”

Killed in an airplane crash that night were rock and roll icons Buddy Holly, 22, of Lubbock, Tex.; Ritchie Valens, 17, of Los Angeles; J.P. (Big Bopper) Richardson, 24, of Beaumont, Tex., also killed was the pilot, Roger Peterson, 21, of Clear Lake, Iowa. Three of Rock and Roll’s most famous and promising performers were gone. The three were together on a concert tour.

“The Winter Dance Party Tour” was planned to cover 24 cities in a short 3-week time frame (January 23 – February 15). They were traveling by bus. But, the tour bus developed heating problems. It was so cold on board that reportedly, one of the drummers developed frostbite riding in it. When they arrived at the Surf Ballroom in Clear Lake, Iowa, they were sick and tired of the cold bus. So Buddy Holly Holly asked the tour manager Carroll Anderson about renting a chartered plane to fly him to the tour’s next destination in Moorhead, Minnesota. That turned out to be a tragic mistake.

Anderson knew the Dwyer Flying Service owner in nearby Mason City and reached out to him to arrange a flight. But Anderson was unable to get hold of the owner, and he called one of the pilots, Roger Peterson. Peterson agreed to take Buddy Holly and two others to Moorhead. But the plane never made it there.

The plane took off a little after 1 A.M. from Clear Lake and never got far from the airport before it crashed, killing all on board. According to reports, one wing hit the ground, and the small plane corkscrewed over and over. The three young stars were thrown clear of the plane, leaving only the pilot inside.

Ritchie Valens had just released “L.A. Bamba.” He was only 17 years old. Valens recently finished his first motion picture, “Go, Johnny Go.” His first recording six months ago, “Donna,” sold more than a million copies. Jimmy Page once said, “Valens was my first guitar hero, and I played that bridge to ‘La Bamba’ a thousand times.”

Jiles Perry Richardson, age 28, AKA The Big Bopper, had his start as a hilarious and energetic radio D.J. and was famous for “Chantilly Lace” – the third most-played radio song of 1958. The Big Bopper wasn’t supposed to be on the plane. He was sick with the flu, so he asked Buddy Holly’s bassist if he would allow him to replace him on the flight so he could rest and have time to see a doctor once they landed. That bassist became a superstar in his own right, Waylon Jennings. His life was saved because he agreed to help out a sick friend.

Buddy Holly, age 22, was not only one of Rock and Roll’s founding fathers, but he was also Rock’s first significant superstar (and that after only 18 months in the business). Decca Records initially told Holly he wasn’t quite good enough when they first signed him. They directed him to go back home to Texas and practice. He did and brought back the classic, “That’ll Be The Day’. Buddy Holly and the Crickets brought such classics as “Peggy Sue” to the world. 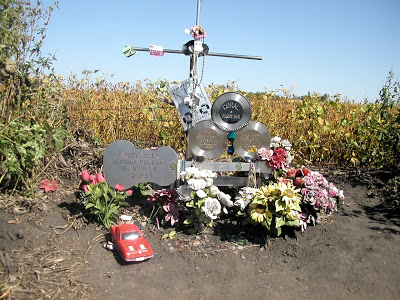 In 1988, Buddy Holly fan Ken Paquette built a monument to the singers from stainless steel and placed it at the crash site where the land’s current owners also planted four trees in memory of the victims.

The Winter Dance Party tour continued, with Waylon Jennings singing Holly’s songs and other teen sensations, including 18-year-old Frankie Avalon, flown out to finish the tour.