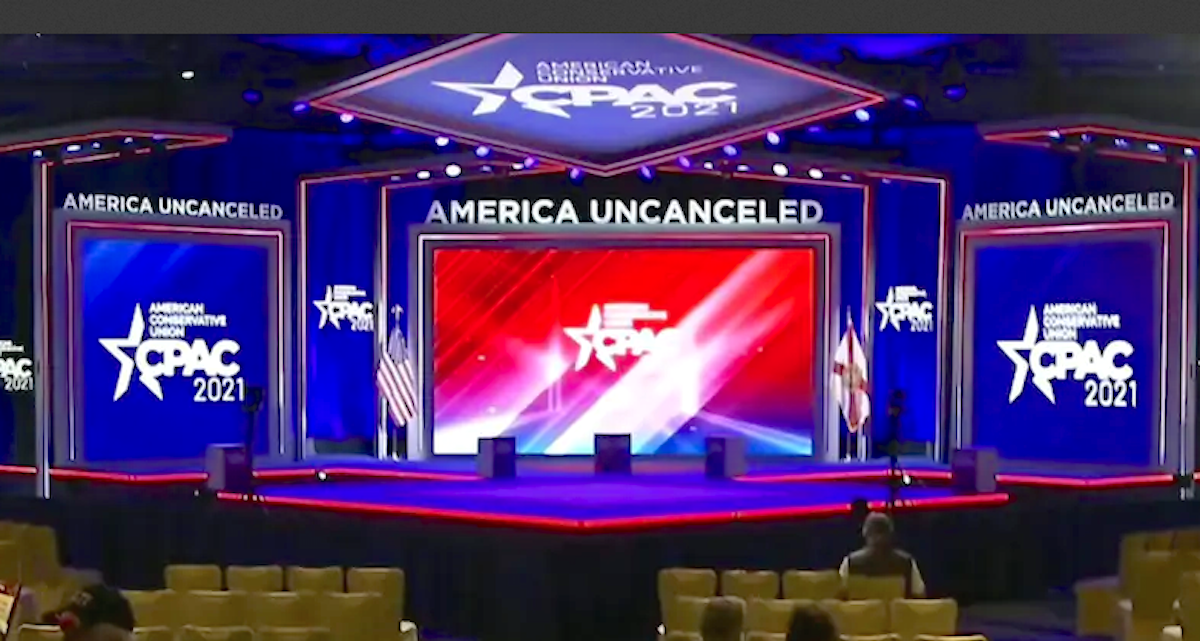 After all, the theme of the weekend is “America Uncancled,” so it fits right in.

All day on Friday the conference hit Big Tech over its abuses of free speech.

Utah Sen. Mike Lee started the ball rolling with his talk entitled, “Why the Left Hates the Bill of Rights… and We Love It.”

Next came a panel about the First Amendment, a panel about the “angry mobs” of the left and their cancel culture, and another talk about the Bill of Rights, this time by Texas Sen. Ted Cruz. The first four hours were about slapping Big Tech and the canceling leftists around.

For the next several hours, though, the conference addressed election integrity, school tuition, and national security. But that was only a small respite because by 1:40, it was right back to beating up Big Tech with another string of speakers on the topic including, TN Sen. Marsha Blackburn, FL Sen. Rick Scott, and Project Veritas chief James O’Keefe. And in between were panels on the topic featuring Buck Sexton, Charlie Kirk, and GOP FL Rep. Matt Gaetz.

As far as the American Conservative Union — the ACU has hosted CPAC since its inception in 1973 — is concerned, the biggest threat to conservatism right now is the coordinated attack on free speech by some of America’s largest corporations. And with nearly every conservative in America facing limitation on their speech online, it is no wonder.

By looking at the weekend’s schedule, it is clear that all other issues have taken a back seat, for now. Biden is only just in office, so a full schedule attacking the Democrats was not feasible. But the destruction of our First Amendment rights by super rich, multi-national corporations hand-in-hand with Democrats pretending to cheer them on from the sidelines (but in reality right in bed with them) is the biggest threat, not just to conservatives, but to the whole country.

Our rights and our Constitution are under direct attack through the back door. And it must be stopped.