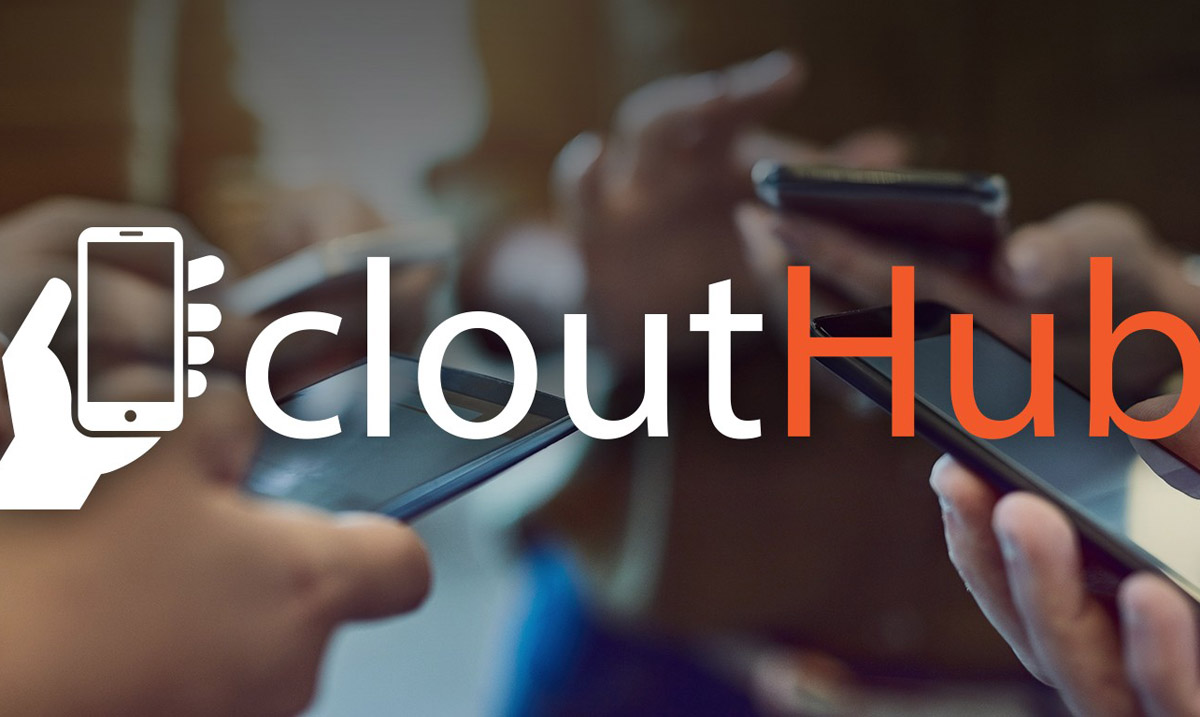 One of the newer “Twitters” is the social media site CloutHub, an outlet that has claimed to be about “free speech.” But lately it has begun to drop bans on people, and many are crying foul.

CloutHub was launched by CEO Jeff Brain late in 2019 as an alternative to sites like Twitter. He made news claiming that Big Tech had “lost its way” and that his site was “unbiased” and a place for true free speech.

The site gained a ton of new users when Twitter and Facebook began banning conservatives, culminating in the ban on President Donald Trump instituted just before the 2020 election. But Brain says that his site is not just for conservatives.

“It would be a failure if it was deemed to be only a conservative site,” Brain told the L.A. Times early this year. “I’m trying to bring people together to find common ground and solve problems.”

“It doesn’t matter what my own view is. … I’m running a platform, and I’m neutral,” Brain said of his site. “I think that’s a problem with Twitter and Facebook, that some people feel they’re imposing their views on their members.”

While all that sounds good, it appears that all it not as it seems at face value because CloutHub is now joining Twitter and Facebook in launching wide-spread banning campaigns to weed out people Mr. Brain does not like.

The ban hammer came down of the folks at America’s Freedom Fighters (AFF) blog this week and Brain won’t even tell them why he banned them — except to say that he thinks they are “spammers” and not real activists who write real blog entries.

AFF reported this week that CloutHub summarily banned them and did so by breaking the CloutHub rules by refusing to send an official explanation as to why they were banned and what post triggered the action.

According to AFF, Brain himself sent a rude message telling them he thinks they are “spammers” and that he has just banned them out of hand. No full explanation as befitting their site rules, and no recourse.

AFF claims that Brain sent them the following message when they asked why their account was suddenly shut down:

Right after he sent the AFF team that message, he went to CloutHub and posted a longer message warning people that he is shutting others down, too: 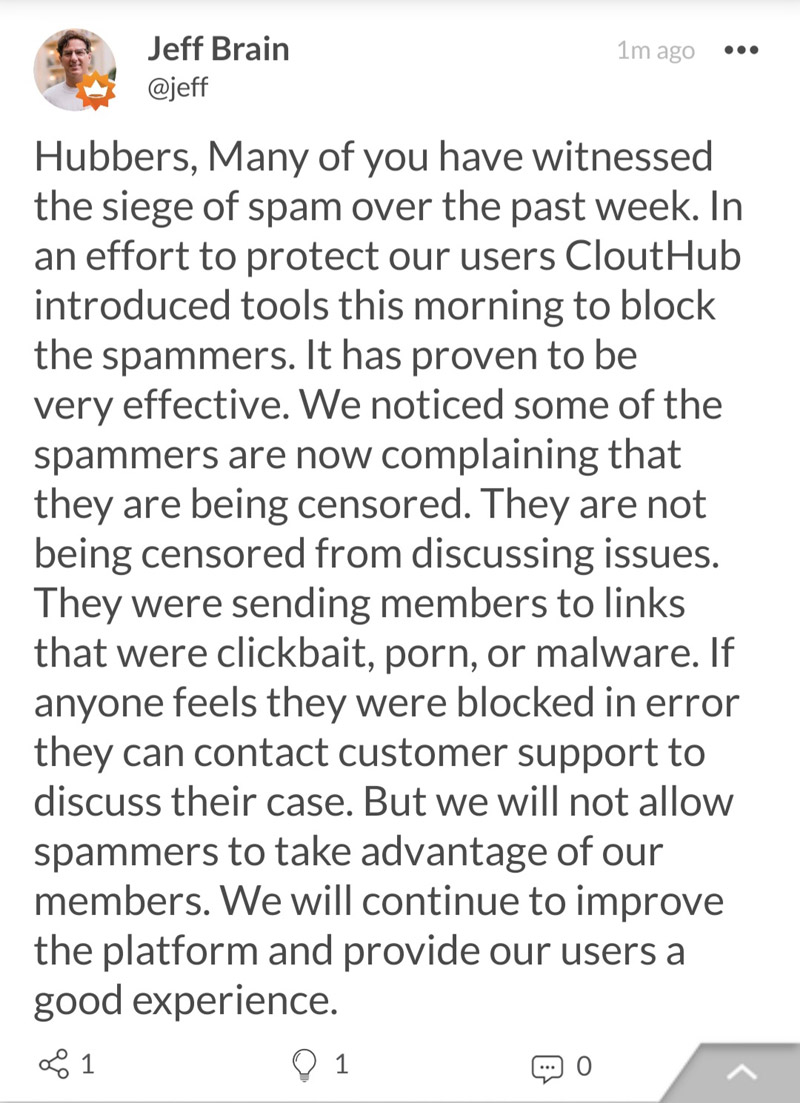 AFF insisted, “We’re not here selling you stuff, we’re here to inform you on the topics we feel are worth talking about. The topics we know the lame stream media will intentionally lie to us all about.”

Aff added, “My fellow patriots, I’ve combed through Clouthub’s terms of service numerous times in the last 12 hours. They say nothing about your news links meeting any sort of ‘standards.’ Or being approved by their benevolent leader. No where is the term “click bait” defined by any sort of their rules posted.”

In any case, it appears that CloutHub is not the free speech platform it claims to be.

Finally, I must note, I do not have a CloutHub account and have no experience with the platform. So, I leave the decision making to you. I am not in a position to recommend or denigrate the site myself.