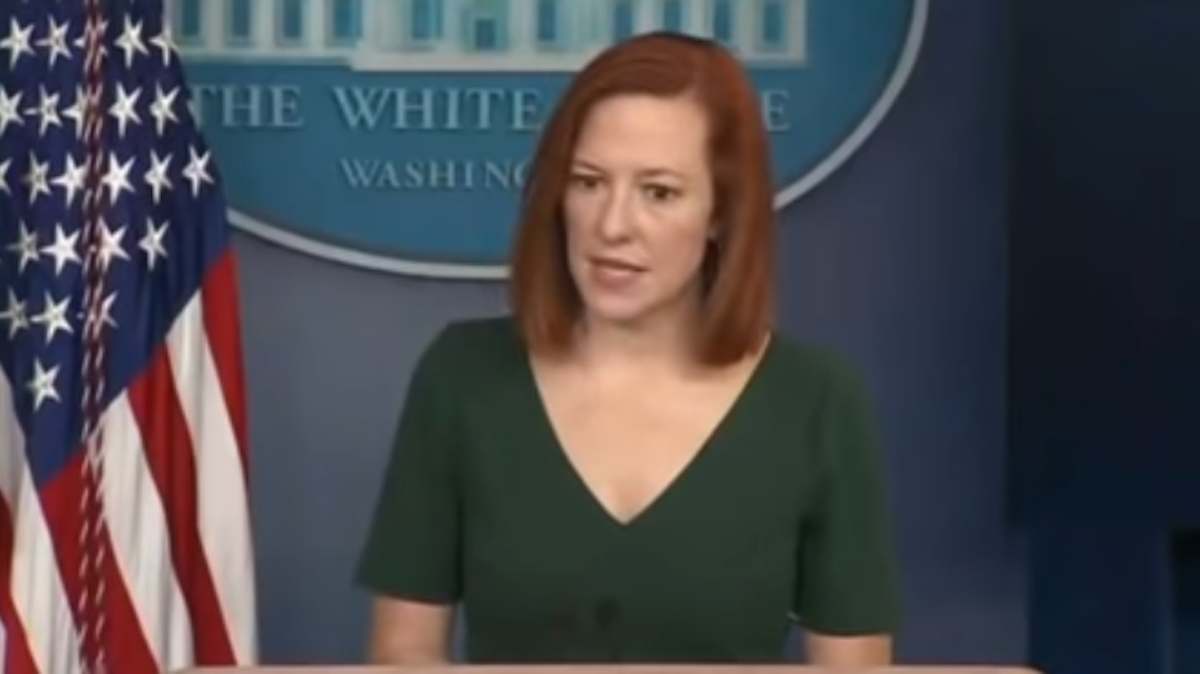 Joe Biden press chief Jen Psaki refused to comment about New York Gov. Andrew Cuomo whose star is beginning to fall after a one-two punch of news of his falsified COVID death numbers and more recent charges that he is a sexual harasser.

The Democrat gov. has begun losing his luster, especially over his coronavirus response. The media has spent more than a year claiming that he is the shining star of state response to the health crisis. But now the media is finally pointing out that he spent more than a year lying about this high number of older people who died of the virus in the state’s nursing homes all due to his policy of forcing nursing homes to take infected patients into their care — patients who then exposed the whole facility to the virus, killing even more.

But this week, we have also found former staffers accusing Cuomo of sexual misconduct.

Here is how Psaki deflected and refused to answer:

PETER DOOCY: Thank you, Jen. The head of the group the president is going to be with today, the National Governors Association, Andrew Cuomo is being accused of sexual harassment by a former staffer, Lindsay Boylan. She says that Cuomo, while he was governor, gave her an unwanted kiss on the lips. He asked her to play strip poker. Is the White House worried about this becoming a distraction from the important meeting about COVID response?

PSAKI: Well, let me first say that the President has been consistent in his position when a person comes forward. They deserve to be treated with dignity and respect. Their voice should be heard, not silenced, and any allegation should be reviewed. Governor Cuomo is also the governor of one of the largest states in the country that has been one of the hardest hit with millions of people still suffering from an ongoing pandemic. And an economic crisis. And our focus is to continue working with governors from across the country, from a range of states on how we’re helping people in our states. He also is still head of the National Governors Association. Hence, he’s at the event today.

DOOCY: And to him, being in charge of the governors and in charge of such a big state, will the president talk to him about these accusations from Democrats in the New York legislature that Cuomo misled the public about deaths in nursing homes from the pandemic?

PSAKI: Well, this is a meeting and a conversation with a range of governors about how we can all work together to address the pandemic and get relief to the American people. And that’s what I expect the focus, the meeting to be on.

DOOCY: There are some Democrats in New York who want a but want congressional hearings about these deaths in nursing homes. There was a Cuomo aide who told lawmakers in February that the Cuomo administration withheld the number of residents who died in hospitals from the public due to the fear that it would be used against them by federal prosecutors. Is this something the White House thinks would be appropriate for a congressional hearing?

PSAKI: It’s really up to Congress to determine how they want to review or have hearings on those reports.

DOOCY: And I know you’re asked about this this weekend, but I’ll try again. Does President Biden still think Andrew Cuomo is the gold standard for global leadership and that he’s doing a hell of a job, which he has said about?

PSAKI: Well, first of all, I think to be fair, let’s put all of the comments into context. Which sometimes is missing from these conversations we have in here or during interviews. At the time which I believe was April of last year the President spoke up and said postive things about a range of governors. Democarats and Republicans who were stepping when there was a vacuum of leadership at a federal level when they were getting no information were getting no help, no guidance from the former Trump administration. He made some comments about Governor Cuomo and a range of Governors about what was going on at the time.

Let’s also point out that Cuomo himself praised the Trump administration for its help early in the pandemic, so Psaki is simply lying that the states got “no help or guidance” from Trump.