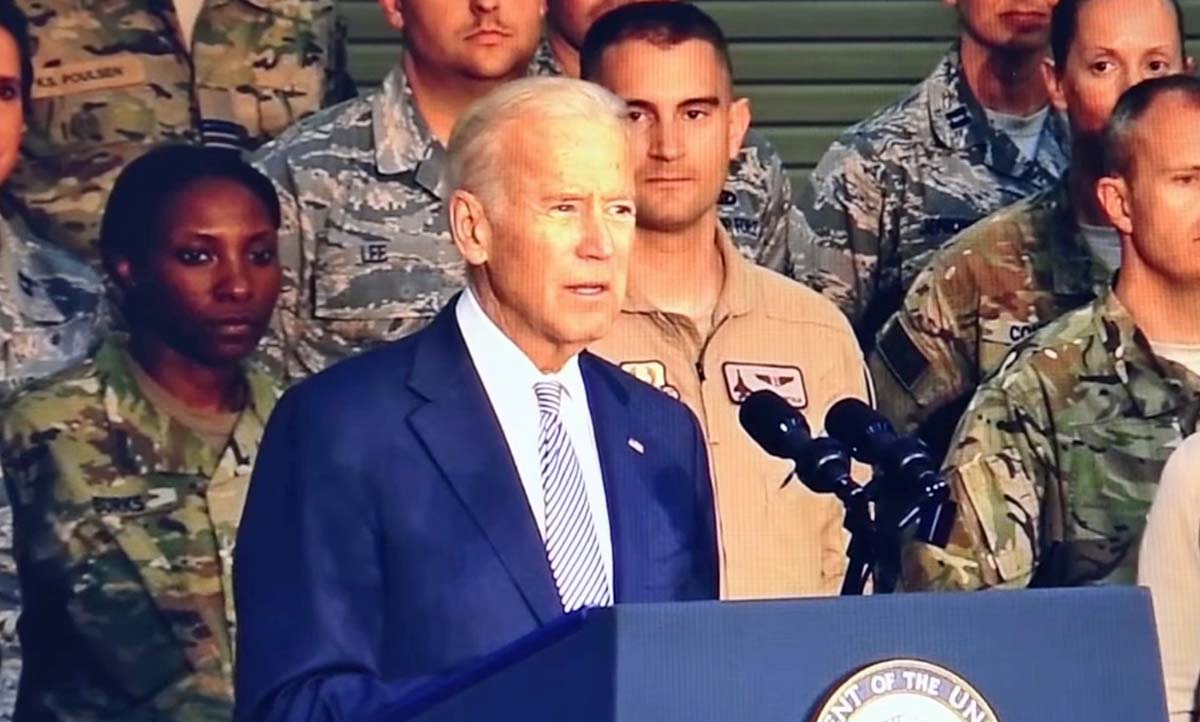 Here we go, with Biden working to destroy our military… the administration has reportedly told the Pentagon to make climate change, not war, the central focus of American military operations.

According to a report at the Washington Times, the Biden administration has told the Pentagon that rising seas, famines, droughts, and wildfires should be at the center of American plans for military preparedness.

The Biden administration thinks that melting ice in the Arctic could create a new theater of conflict between the U.S. and Russia.

Now, analysts and military insiders say, the Pentagon under Defense Secretary Lloyd Austin has an opening to reshape the climate change debate fundamentally and permanently, perhaps putting an end to any remaining internal skepticism over whether the issue is deserving of time and resources.

Mr. Austin’s immediate embrace of climate change during his first weeks on the job signals a new reality and sends a clear message to military leadership at all levels that climate change will be central to all national security decisions.

“Every year, we see the consequences of increasing incidents of flooding, drought, wildfires and extreme weather events on our installations at home,” the longtime army general said last week, publicly backing an aggressive climate change plan put forward by President Biden. “Every year, our commanders and their allies and partners conduct operations that result from instability in societies strained by desertification, the threat of adversary access to homelands through the Arctic and the demands for humanitarian assistance worldwide.

Biden is demanding that the Pentagon reassess its “carbon footprint,” as well.

So, we will now have a “military” more interested in pushing leftist ideology over our military safety!

The military’s job is to break things and kill our enemies, not to look at carbon footprints. Once again, we see that Democrats make us less safe.