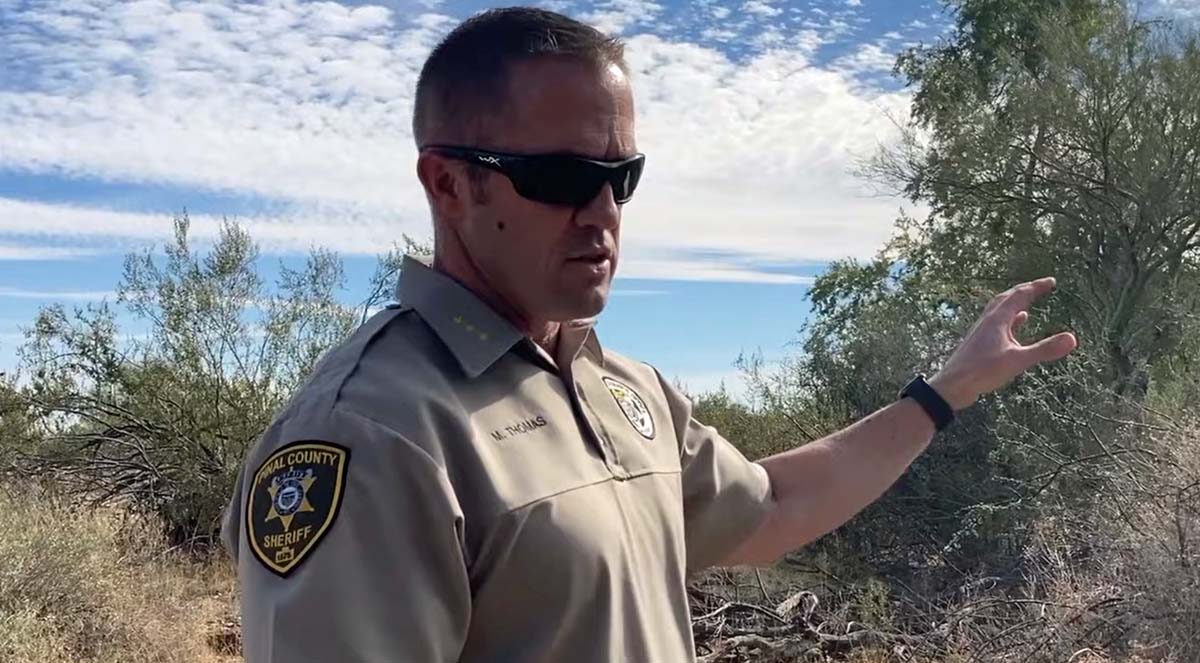 An Arizona deputy sheriff says that crossings of illegals has exploded since Joe Biden took office and began talking of wide=spread amnesties and open-door policies to allow millions of illegals to flood our border.

Thomas said that the flood of illegals has grown over the last few months since millions of illegals learned that Joe Biden beat Donald Trump and that Biden was an open borders advocate.

Biden’s orders to put a halt to construction of Trump’s border wall has emboldened coyotes and smugglers, Thomas said.

Pinal County lies north of the Tohono O’Odham Indian Nation reservation which borders on the Mexican border. That means that the flood of illegals in huge if a county that isn’t even a border county is already being inundated with illegals.

Thomas also points out that the situation is already looking like what happened during the Obama administration when illegals flooded across the border by the millions.

“For us, effectively, I-8 becomes the new border, and even the cartels will tell you that’s their goal line, because once they get there, they’re shooting west or they’re shooting east, and then they’re on a main interstate right into downtown Phoenix or into the hub of the outskirts of Phoenix, which then becomes the distribution point for everything, for the drugs, for the bodies,” the deputy said in his video interview.