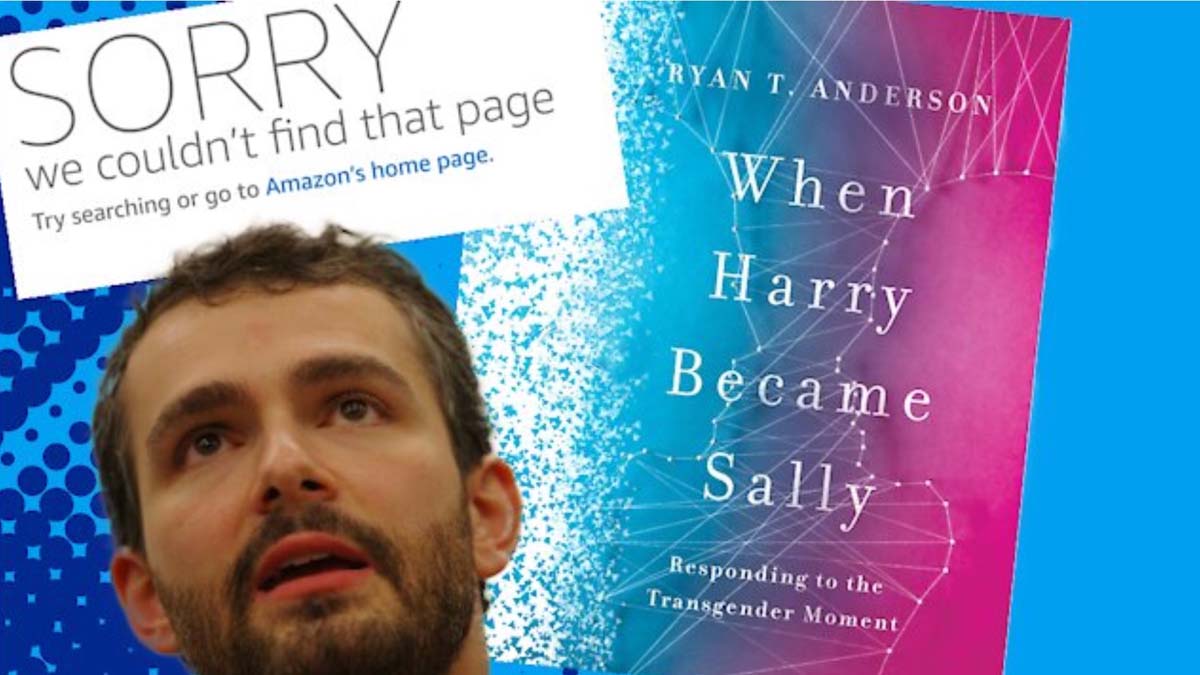 Amazon.com summarily removed a conservative author’s book on transgenderism without bothering to explain why his book was burned from the online seller’s product list.

The fascist, left-wing book burners in their nice brown shorts march on.

The book, which was an Amazon and Washington Post best-seller, surveys the debate on gender dysphoria, sex reassignment surgeries, and anti-discrimination law and considers biology, psychology, and philosophy to address what the public policy response should be for individuals who struggle to accept their bodies.

Anderson told TheBlaze that Amazon did not provide him with notice or an explanation for why his book was made unavailable to purchase. He only found out after people attempting to buy the book told him the listings on Amazon were taken down. Customers cannot purchase a used copy, the Kindle edition, or even the Audible version of Anderson’s book.

What makes this all the stranger is that the book had been on Amazon for three years, already. It was released in 2018.

Anderson let his fans on Twitter know what befell his book:

I hope you’ve already bought your copy, cause Amazon just removed my book “When Harry Became Sally: Responding to the Transgender Moment” from their cyber shelves…. my other four books are still available (for now). https://t.co/cnMGZV1L0A

While you can’t buy the book on Amazon, you can still get it (for now?) at Barnes and Noble. Given the aggressive push on trans policies coming from the Biden admin, now is a great time to read it. Buy it before you no longer can. https://t.co/k5jLwQJYeu

Anderson also noted that the sudden removal of his book after three years is interesting for another reason:

The timing of Amazon’s disappearing of my transgender book is, uh, timely…
My op-ed in today’s @nypost is on the Equality Act vote this week. (Didn’t know my book would be removed when I wrote the op-ed.) https://t.co/SPt7nf9ERW https://t.co/jUKwdPm9mm