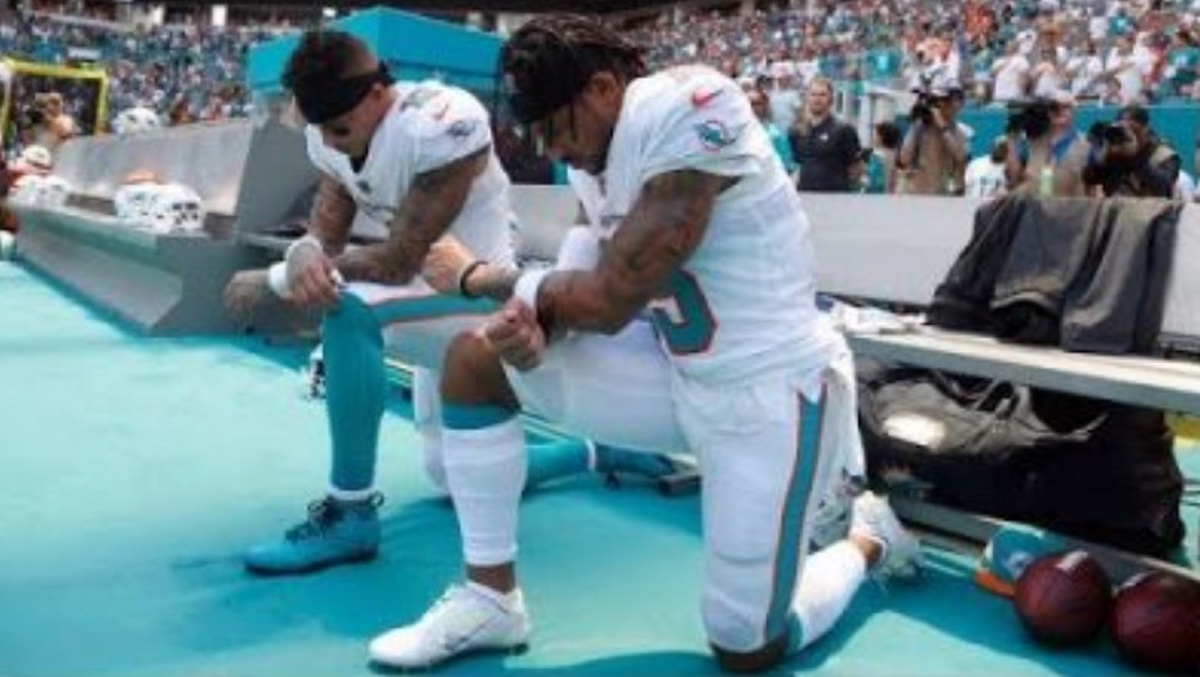 The National Football League’s video message for Martin Luther King Jr Day begins with a celebration of the passion and strength of black men, but before it is over, the video turns to accusing America of being irredeemably racist.

The video opens with several minutes of various NFL players saying that when they “look in the mirror” they see successful, strong, compassionate, and intelligent black men. But that is not all. They also see entertainers, athletes, lawyers, mayors, CEOs, and every manner of accomplished American.

During the segment on occupations, the images of successful black CEOs, mayors, first responders and the like flash across the screen as the NFL players speak.

Then the players ask a new question.

“But what do you see, America? An entertainer, an athlete? What else do you see? A gangbanger, a drug dealer?” the athletes say wondering why America does not see black men as lawyers, doctors, teachers, fathers, sons, policeman, or black men serving in other highly accomplished occupations.

“Who says I can’t be those things? You, or society?” they angrily ask.

This is an odd question to ask since they just spent a minute showing pictures of black men who have, indeed, achieved lofty goals in what these players are trying to intimate is an irredeemably racist America.

Indeed, with blacks filling every level of society, it doesn’t appear that anyone at all is saying black men can’t be successful. And it is doubly odd that this accusation is coming from the mouths of NFL players, men who have been made multimillionaires in the same America they are calling “racist.”

This message of anger and hate is what the NFL finds a suitable message to celebrate Martin Luther King Jr. Day.

America, why do you keep spending your money on a sports league that every day, in every game, calls you an unrepentant racist?