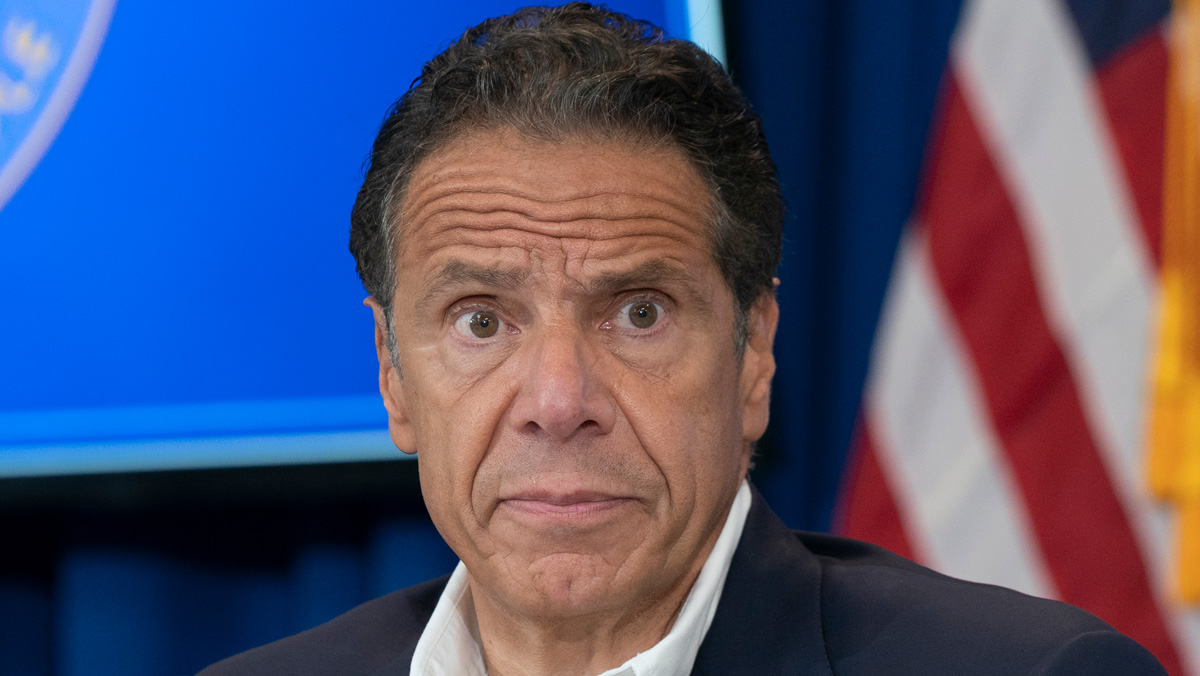 In a spectacular display of a lack of self-awareness, Cuomo launches into yet another blame rant for his incompetent response to the CoronaVirus.

In the middle of proclaiming that his statement ‘isn’t a Republican or Democrat thing,’ and spewing warm and fuzzy platitudes about having solutions, rather than spin, Cuomo explicitly holds Trump uniquely responsible for New York’s higher per capita death rate 218/100k than any single country in the entire world… even leaving behind Belgium which has the highest count at 1812/million or 181 per 100k. Only New Jersey has a higher rate per 100k.

Sorry to burst your bubble, Governor angry Andy, but that’s a State Leadership problem, not a Donald Trump problem. Just ask the families of the seniors he killed with his nursing home order.

That won’t stop him from doing what he does best — blame-shifting. The list of Cuomo’s blame game includes the nursing home patients themselves, President Trump, healthcare workers, the feds, and the fact that old people die. But he did write a book about what a great job he did. The way things are going, Cuomo may blame everything on the famous butt-fumble by former Jet’s QB Mark Sanchez’s on 2012 Thanksgiving Day. Sanchez fumbled the ball into his lineman’s butt the same way Cuomo fumbled the Covid response.

[In related news, did you notice the not-so-subtle shift in reporting? MSLSD doesn’t have the Covid death clock up anymore — they’ve replaced it with the much more sunny and optimistic Vaccinations administered clock… for some inexplicable reason.]

Here’s Andrew taking a break from finger-wagging on his brother’s network to do some of it over on MSNBC.

Trump didn’t order nursing homes to accept COVID-positive patients for care. Nursing homes. It would have been simpler and more humane to just skip the middle-man and send in a team of trained assassins.

To the surprise of exactly nobody (except, of course, the ‘scientific experts’), people in nursing homes got sick and died.

In fact, such a startling proportion of the deaths in New York happened in nursing homes that they changed the standards of how they reported that statistic. Unlike other states, New York will not count a CoronaVirus death as a nursing home death if the patent has left the premises before they pass. In other words, if a patient catches China Virus while living in a New York State nursing home and is sent to a hospital where they die, it does not count as a nursing home death. Maybe that’s why Cuomo got the Emmy.

Isn’t it interesting how he’s saying the country ‘hadn’t bought enough dosages’ of a vaccine that owes its very existence to the unprecedented achievements made possible by the Trump administration’s own ‘Operation Warp Speed’… for which he gives the outgoing President precisely ZERO credit.

Notice how Cuomo is quick to blame and take credit for things that go well while being slow to accept responsibility or give credit where others do well. Perhaps that’s why he was given the“Edward M. Kennedy Institute Award for Inspired Leadership,” all you need to do is follow Teddy’s far-left ideology, enact a horrible policy that leads to thousands of senior citizen deaths and deny any responsibility for the policy or its result. That’s how NY Governor Andrew Cuomo received that award for his ‘leadership’ of the COVID-19 crisis. Too bad they didn’t give an award for lack of self-awareness and blaming others.

Want the truth? No, not if it gets in the way of reelection or climbing that ladder to even higher office in the future. Many believe Cuomo s gunning for Joe’s job someday. To this day, Cuomo has refused to reveal the actual number of New York State ChinaVirus deaths or allowed an independent investigation of why New York COVID cases were so high.

But he was right about blaming government incompetence for virus deaths—but he was the incompetent government.

God help us all.

Most of this post was first seen at Clash Daily.