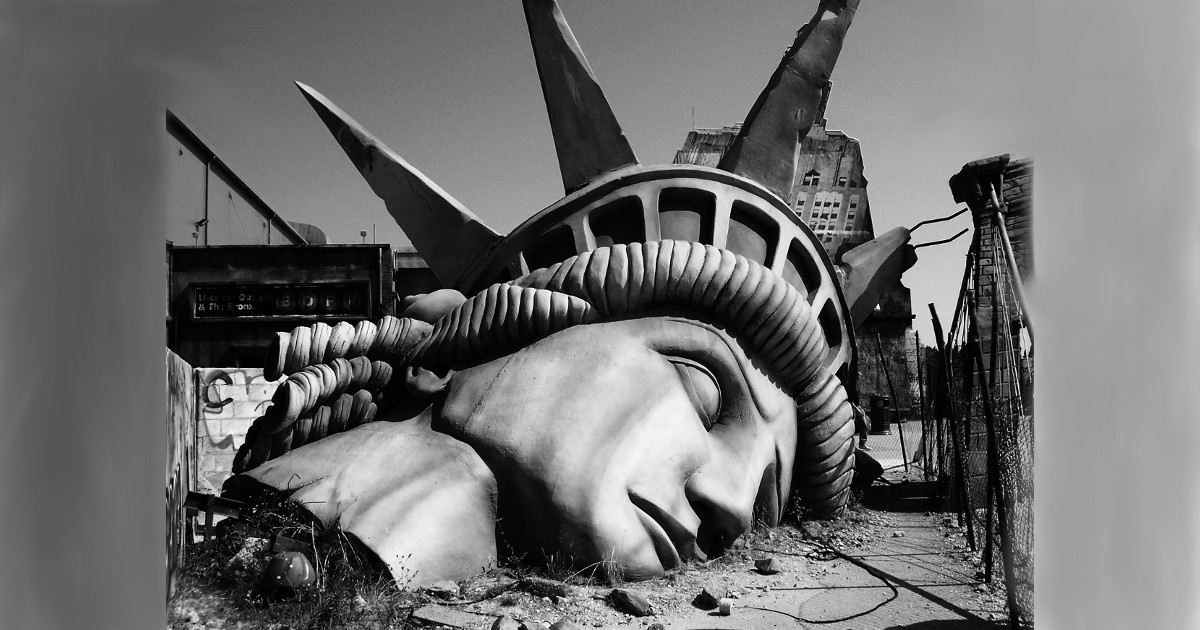 Joe Biden has won. The House remains in the hands of the Democrats. And the U.S. Senate has fallen. Now liberals are looking to celebrate by purging all conservatives from society.

We no longer live in America, a place where Democrats rise, are replaced by Republicans, then take back power, but all the while both sides live together in peace, if not exactly harmony. We now and hence forward will live in a Banana Republic where liberals seek the utter destruction of their counterparts, not just politically, but in personal terms, and in total.

Democrats and their willing quislings in big tech and society are now looking to purge this country of anyone who oppose them. We are living in a time just short of Castro’s revolution where tens of thousands were murdered to wipe out their political ideals.

While we are not quite yet at the death squad stage, we are at the stage where the left intends to perpetrate intellectual genocide. It will be the great reset, the end of any conservative thought on the Internet, in our schools, governments, entertainment, and society.

The great purge has already began, you see. Late last week, the gods of big tech, and the heads of corporations already began to initiate the Democrat Party’s version of Mao’s “cultural revolution.”

Here are just a few examples of the left’s purge of Americanism:

For one example, Facebook summarily and without cause deleted the page of the WalkAway movement.

WalkAway is an effort launched by former Democrat Brandon Straka who wants to convince Democrats to leave the party and become Republicans (or at least, just not Democrats). Straka’s movement is just and only that. There was no reason whatever to delete this group’s pages.

That is one example. There are many others.

Just before he quit the platform, Twitter throttled Rush Limbaugh’s reach merely because he supported Trump. Limbaugh mentioned this limiting of his account during his Friday, Nov. 8 broadcast.

In yet another case, Apple announced that it was ending its server support for the free speech, social media outlet Parler leaving it off line until it can find a new host.

Sunday at midnight Amazon will be shutting off all of our servers in an attempt to completely remove free speech off the internet. There is the possibility Parler will be unavailable on the internet for up to a week as we rebuild from scratch. We prepared for events like this by never relying on Amazon’s proprietary infrastructure and building bare metal products.

We will try our best to move to a new provider right now as we have many competing for our business, however Amazon, Google and Apple purposefully did this as a coordinated effort knowing our options would be limited and knowing this would inflict the most damage right as President Trump was banned from the tech companies.

This was a coordinated attack by the tech giants to kill competition in the marketplace. We were too successful too fast. You can expect the war on competition and free speech to continue, but don’t count us out.

Many defiant conservatives imagine that all they have to do is quit patronizing this company or that company and they can remain unsullied by leftist control. Their claims are illusory, as Daniel Greenfield explained in an excellent post at FrontPageMag.

There are dozens of other examples. However, the Internet is not the only place the left is rising up to purge America.

In the world of entertainment, musician Ariel Pink was fired by his label merely because he is an open Trump supporter. Pink’s label, Mexican Summer, made the announcement on Twitter:

Due to recent events, Mexican Summer and its staff have decided to end our working relationship with Ariel Rosenberg AKA Ariel Pink moving forward.

Then there are the actions by big corporations who are cutting off Republicans from political donations. As Forbes reported, hotelier Marriott International, Bank of America, Ford Motor Co., AT&T, CVS, and a long list of others have cut off their donations to Republicans.

Then there are those companies who have begun firing MAGA marchers who have been outed as people who attended the march in Washington D.C. last week.

Finally, to fill out our few examples here, big education also got in the act by firing teachers who dared to support Trump.

According to a report from WFMD radio, Teachers in Jefferson County, West Virginia, who were outed as attending the MAGA march now face termination.

These are just a few examples of the left’s purge.