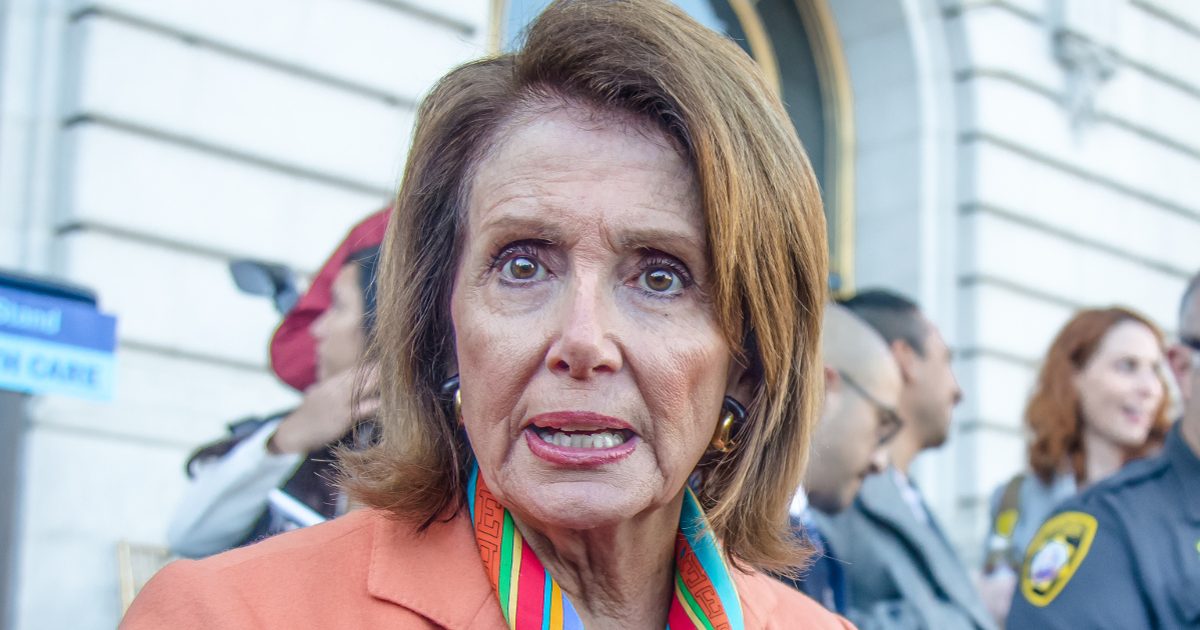 In new House rules debuted this week, Speaker of the House Nancy Pelosi has banned the use of evil “gendered” words such as father, mother, son and daughter for use on the House floor.

Ahead of the January vote to secure herself another run as House Speaker, Pelosi pandered to the far, far left of her party (you know, most of them) by banning those darned ol’ “gendered words.”

“This package, which will be introduced and voted on once the new Congress convenes, includes sweeping ethics reforms, increases accountability for the American people, and makes this House of Representatives the most inclusive in history,” the House Committee on Rules said in a statement issued on Friday.

“Gendered terms” like “father, daughter, mother, and son” are now eliminated in the House rules for the 117th Congress pic.twitter.com/Hz4x6gOfrX

Pelosi went on to say she is “pleased to join Chairman Jim McGovern in introducing this visionary rules package, which reflects the views and values of the full range of our historically diverse House Democratic Majority.”

“Thanks to the leadership of Chairman McGovern and our Members, Democrats have crafted a package of unprecedented, bold reforms, which will make the House more accountable, transparent, and effective in our work to meet the needs of the American people,” Pelosi added.

“These future-focused proposals reflect our priorities as a Caucus and as a Country,” she said.

Included in the guide written by the “Select Committee on Economic Disparity and Fairness in Growth,” Congress would be required to “honor all gender identities by changing pronouns and familial relationships in the House rules to be gender neutral.”

Any Republican who accedes to this should be immediately thrown out of Congress.