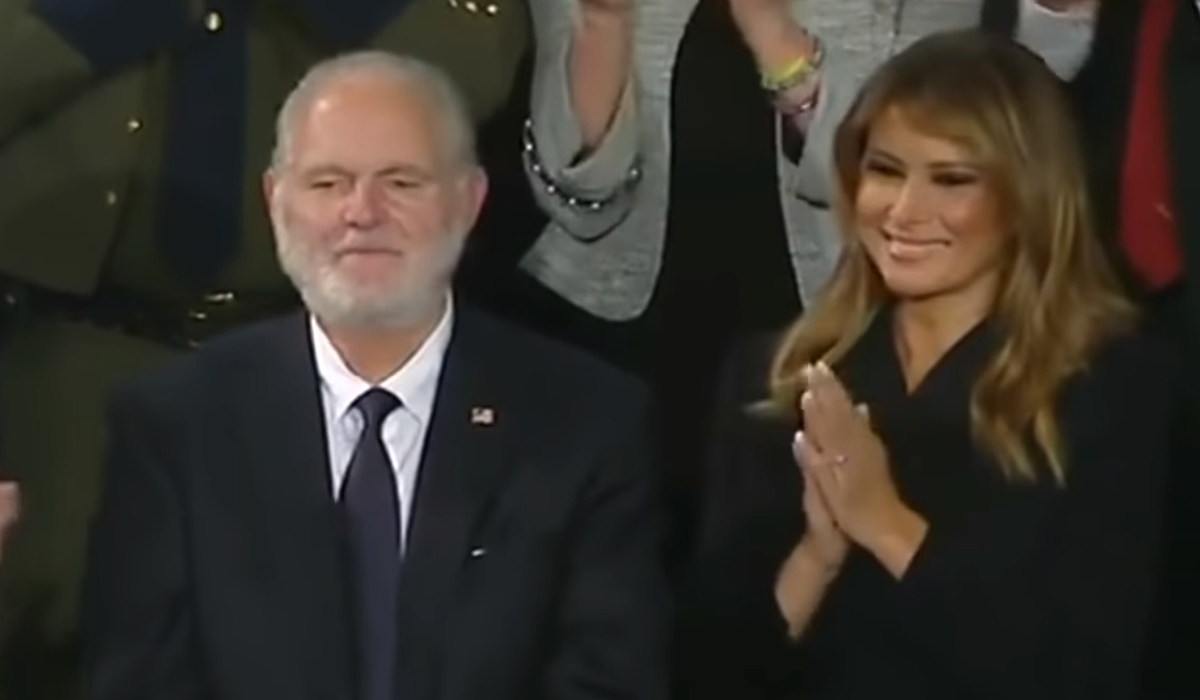 During his Thursday broadcast, conservative talk show giant Rush Limbaugh noted that it is a good thing that the founders weren’t as squeamish about violence as today’s politicians are.

Limbaugh reminded his audience that this nation was forged in the violence of the American Revolution as the colonists rebelled against tyranny.

The 69-year-old talk show host who is dying of lung cancer took shots at the Democrats and the media and compared the MAGA marchers who broke into the capitol to the colonists who rebelled during the American Revolution.

“We’re supposed to be horrified by the protesters,” Limbaugh said on his program on Thursday.

“There’s a lot of people calling for the end of violence. There’s a lot of conservatives, social media, who say that any violence or aggression at all is unacceptable. Regardless of the circumstances,” he exclaimed.

“Yesterday, hundreds of thousands of people — Americans who have gotten tired of being ignored and lied about and smeared as racists by these very Democrats in the media and the popular culture,” Limbaugh said on Thursday.

“Americans who have gotten fed up with having election stolen from them by the Democrats, including the White House. Now they think two more Senate seats have been stolen, and they thought they were going to be stolen even before the election,” he said.

Limbaugh also attacked the hypocrisy of the left.

“As recently as this time last year, anti-Trump protests were held in the Capitol during the impeachment. All of the sudden protesting Congress is being called the end of the world,” Limbaugh said.

“Can’t have this. The worst crime against democracy in our nation’s history. And yet, all kinds of anti-presidential protest were held in the Capitol during the impeachment and nobody was concerned about it in terms of the damage being done to our government institutions,” he told his audience.