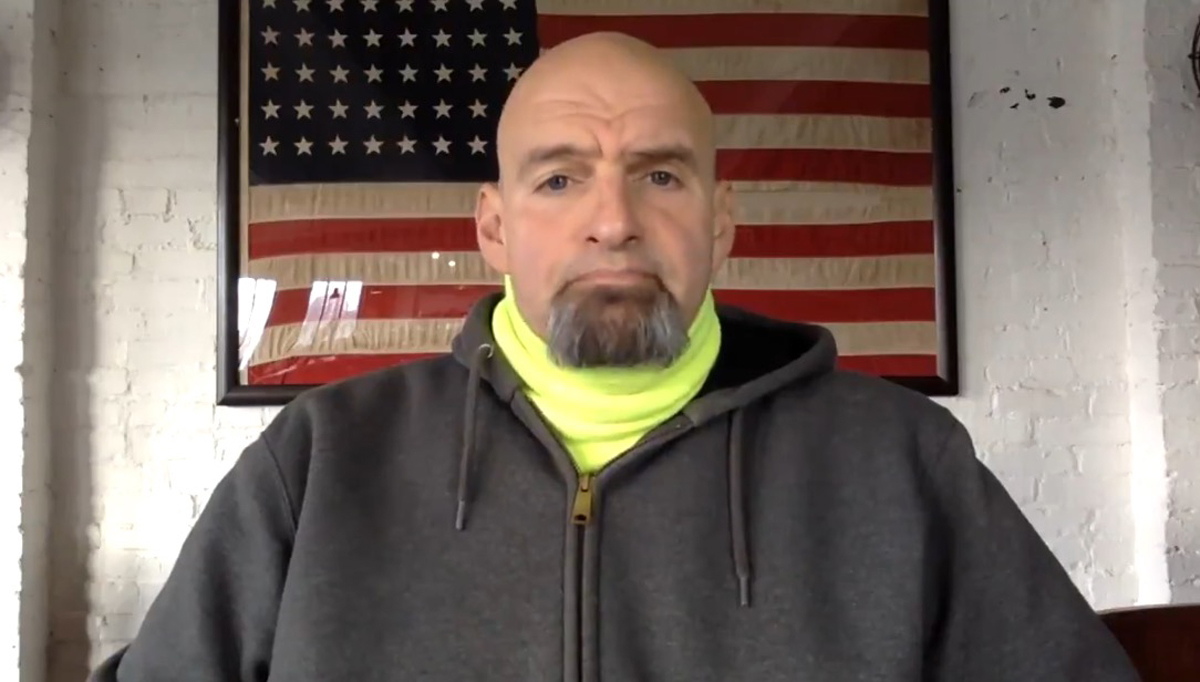 Pennsylvania Lt. Gov. John Fetterman is taking flak this week for falsely claiming that political speech — specifically that of expressing doubt of the 2020 election — is not “protected speech.”

Fetterman is an ignoramus. Indeed, protecting political speech is the only reason we have the First Amendment and freedom of speech at all.

On Friday, Washington newspaper The Hill posted a snippet of video featuring Fetterman claiming that, “This idea that saying that Pennsylvania was ‘rigged’ or that we were ‘trying to steal the election’ — that’s a lie. And you do not have the right, that is not protected speech.

Pennsylvania Lt. Gov. John Fetterman: "This idea that saying that Pennsylvania was 'rigged' or that we were 'trying to steal the election' — that's a lie. And you do not have the right, that is not protected speech." pic.twitter.com/2f2ERSSLXy

Speaking of lies, Fetterman unleashed a doozie. Perhaps, strictly speaking, Fetterman isn’t lying, granted. He is probably just too ill-informed to know that everything he just said is false. One can’t be accused of being a liar if one is too stupid to know any facts.

But, to the point, the claim that questioning the results of an election isn’t “protected speech” is untrue. The fact is that the founders created the concept of freedom of speech solely to protect political speech so as to prevent governments from jailing people who oppose the British government as the crown did when they were founding the U.S.A.

Indeed, there was all manner of speech codes in the U.S. ahead of the signing of the Constitution and many of those prohibitions continued for many decades after the signing of the Constitution. It wasn’t until modern times that the First Amendment was expanded to cover just about any speech and the founders never saw any reason to challenge the speech prohibitions in the states.

But they DID enforce free political speech because that was the sole point of the right to free speech.

So, ultimately, Fetterman — and every left-wing fascist like him — is an anti-American tool.

WARNING LABEL:
"This claim is determined to be ridiculously false."
Signed,
US Constitution
(Will Twitter take it down? I'm not advocating it do so, just pointing out if they were "fact checking" and treating supposedly false claims fairly; they would.) https://t.co/1loj5tRcTw

Who wants to tell this tatted freak that it is, in fact, protected speech? https://t.co/6oNcwEetfX

Like it or not (guess which side I fall on), that IS protected speech. And it's irresponsible to aver otherwise. https://t.co/W3Ye4jgiHo

Because of this, he believes NO ONE should be allowed to talk about it.

He is arguing that "lying," according to him, is not protected speech under the First Amendment. Think about that. https://t.co/ZfzQZXbgUk

Lying is 100% protected speech and anyone who tells you otherwise is (wait for it) LYING. https://t.co/hc8AxP6Ndd

This idiot is the Lieutenant Governor of Pennsylvania. Whether or nor you think the election was stolen (which I don’t). You have every right to say that and not got to jail. https://t.co/e01Eon57gf

How does someone like this get to be Lt. Gov. of anything? https://t.co/50cUSPUzyK