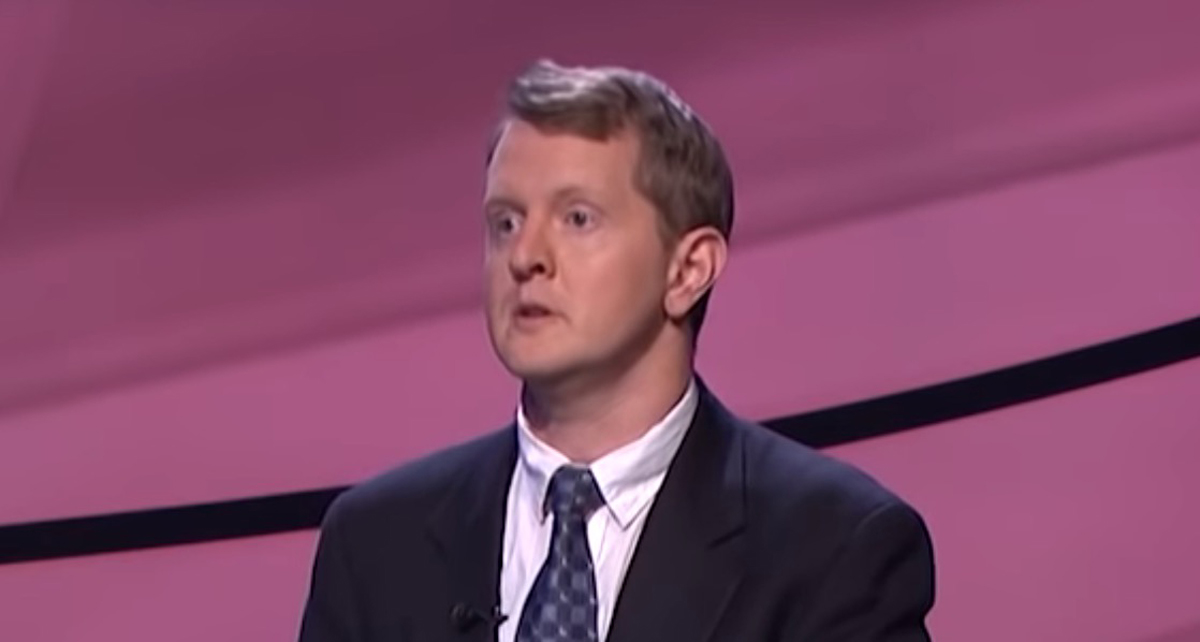 The most winning Jeopardy! contestant of them all, Ken Jennings, hopes to be the show’s next host, but his hundreds of vile, hate-filled social media posts are coming back to haunt him.

Jennings is scrambling to excuse years of vile, hateful attacks on Trump voters, conservatives, and Republicans that reveals his extreme animus against anyone who opposes his extremist, left-wing political positions.

But now, it appears that Jennings appears to understand that there just might be some fans of the show he wants to host who happen to be Republicans.

Of course, Jeopardy! is now without a host due to the death of Alex Trebek who passed away from cancer on November. Jennings wants to be that host. But with as much hatred thrown at potential fans, Jennings is suddenly trying to backtrack.

Jennings jumped to Twitter to try and explain away all his hateful comments.

“Hey, I just wanted to own up to the fact that over the years on Twitter, I’ve definitely tweeted some unartful and insensitive things. Sometimes they worked as jokes in my head and I was dismayed to see how they read on-screen,” Jennings wrote, claiming he did not delete his tweets “just so they could be dunked on” and so he wouldn’t be “whitewashing.” He continued the thread by claiming it “wasn’t my intention to hurt anyone.”

“Sometimes I said dumb things in a dumb way and I want to apologize to people who were (rightfully!) offended,” Jennings added. “It wasn’t my intention to hurt anyone, but that doesn’t matter: I screwed up, and I’m truly sorry.”

In the past, I'd usually leave bad tweets up just so they could be dunked on. At least that way they could lead to smart replies and even advocacy. Deleting them felt like whitewashing a mistake. 2/x

But his tweets are far worse than mere slips of the tongue, or hotheaded, in-the-moment replies to those who oppose his hardcore left-wing political proclamations.

Twitter users have uncovered many of these hateful tweets:

ABC realized conservatives watch jeopardy too. This was 6 months ago. https://t.co/uaRDdCciQb pic.twitter.com/wk9TSqYjaf

Jennings doesn’t feel bad about the vile things he’s said about anyone who isn’t a left-wing Democrat. He hates conservatives and pro-lifers. He’s a Brett Kavanaugh rape truther. But he wants to host Jeopardy so he’s going to lie and pretend he’s sorry. https://t.co/lNZD1eOImu

This is a fine apology thread, but how is a tweet like this not meant to hurt anyone? I don’t understand that claim. https://t.co/ykN4DWH1de pic.twitter.com/NEGnzVI5Zz

KEN JENNINGS IS THE WORST. This guy is the most annoying and arrogant jerk — and so hostile to the half of the country that doesn't enjoy his deeply held, anti-conservative screeds. Excuse me for not buying the too-convenient and desperate timing of his "please hire me" apology. https://t.co/v37nUOCbgb

The VP’s job is to distract the refs and maybe throw a chair at Jesus while Biden is hurting God.

I’m all in favor of shaming Trump people in bookstores, but let’s be honest: how often is that going to come up? https://t.co/g6pAqxTYK5

Well, there are hundreds more like these and worse. And this creep wants people he has rained hate upon to watch his show and accept him as their host?