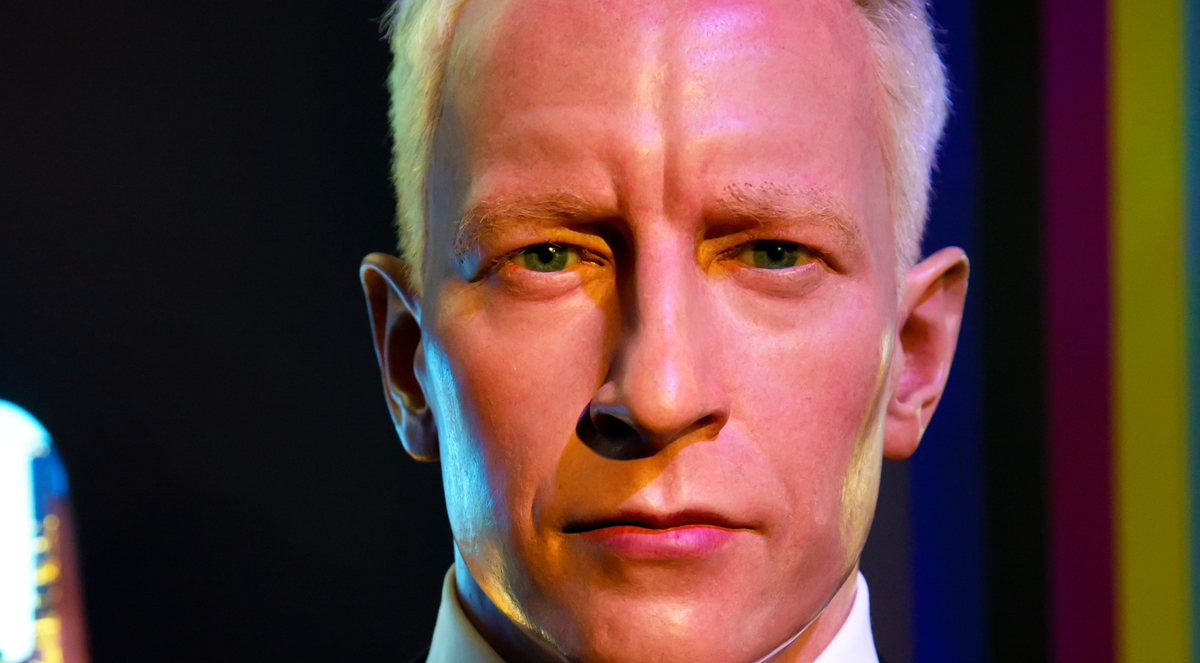 Multi-Millionaire CNN Host Anderson Cooper has revealed his arrogance and hatred of the average American by mocking them as lowly customers of Olive Gardens and Holiday Inns.

Anderson Cooper is not just a CNN talking head. He is also the son of hotel heiress, and multi-billionaire Gloria Vanderbilt. This arrogant little cuss thinks he is far above the rest of us.

Cooper was commenting on the events in Washington D.C. on Wednesday. Cooper sneered at America during his comments.

“Look at them, they’re high-fiving each other for this deplorable display of completely unpatriotic, completely against law and order, completely unconstitutional behavior, it’s stunning,” Cooper said on CNN.

“And they’re going to go back to the Olive Garden and to the Holiday Inn they’re staying at, or the Garden Marriott, and they’re going to have some drinks and talk about the great day they had in Washington. They stood up for nothing other than mayhem,” he added.

People on social media were not amused with the elitist’s arrogance.

Anderson Cooper makes about 12 million a year and is worth around 100 million dollars. Listen to what he says here.

They just can’t stop themselves.

If your political candidate or party is not that of @andersoncooper, @JeffZuckerCNN, @CNN, @CNNPolitics, @cnnbrk then you must eat at Olive Gardens and stay at Holiday Inns. Many of us do both. Andy, we aren’t Vanderbilt or live in the Vanderbilt Tower. You support classism. pic.twitter.com/GcibCJzeLJ

@AC360 did you really say that rioters will go back to their @olivegarden and @HolidayInn? Millions of Americans who would never participate in a riot go to those places. What a horrible classist thing to say.

This is the elitist, MSM garbage that needs to stop.

Cooper is not alone. ABC’s political director, Rick Klein, rushed to delete a tweet where he expressed his hope that Washington could “cleanse” everyone who might have voted for or supported Trump.

Political Director for @ABC News based in Washington DC appears to have deleted his tweet about the 75 million Americans who voted for Trump that talked about the challenge of "cleansing the movement." pic.twitter.com/HS1Rwrn94S

Klein later tried to delete the tweet, but he didn’t do so fast enough to stop people from seeing it.

These elites hate you, America. And they are coming to destroy you.