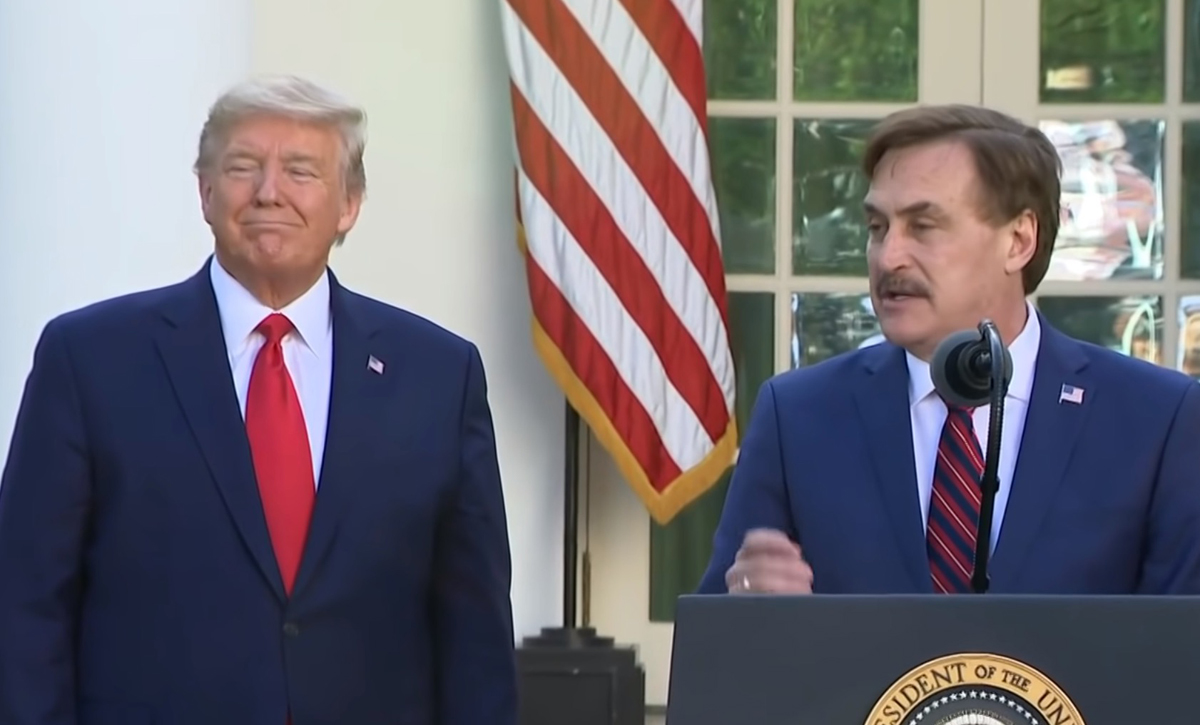 The leftist cancel culture has now come for Mike Lindell, the creator of MyPillow, whose products are being removed from stores across America because he is a conservative.

Lindell was a strong supporter of President Donald Trump during his one term in office, so now the left is looking to destroy his business.

Of course, the Minnesota-based inventor and entrepreneur is also a believer in the idea that the 2020 election was stolen from Donald Trump. And for that the leftists have pulled out their long knives.

Democrats and their radical left-wing fanatics are working to destroy conservatives and to remove us all from society, and Lindell is only their latest victim.

Lindell reported that Bed Bath & Beyond, Kohl’s, H-E-B and Wayfair have all canceled their contracts with his pillow manufacturing company.

“These guys don’t understand… they’re scared, like a Bed Bath & Beyond, they’re scared. They were good partners. In fact, I told them, ‘You guys come back anytime you want.'”

As to Bed Bath & Beyond, the company denied that their actions are politically based. They claimed that MyPillow was canceled because it of “underperforming” sales.

Lindell has accused Dominion voting systems of allowing its systems to be breached so that votes could be changed from Donald Trump to Joe Biden, and thereby allowing the election to be stolen.

Dominion claims it intends to sue Lindell for his accusations. Lindell says he welcomes such a lawsuit and says he has proof positive that Dominion conspired to steal the election for Biden.