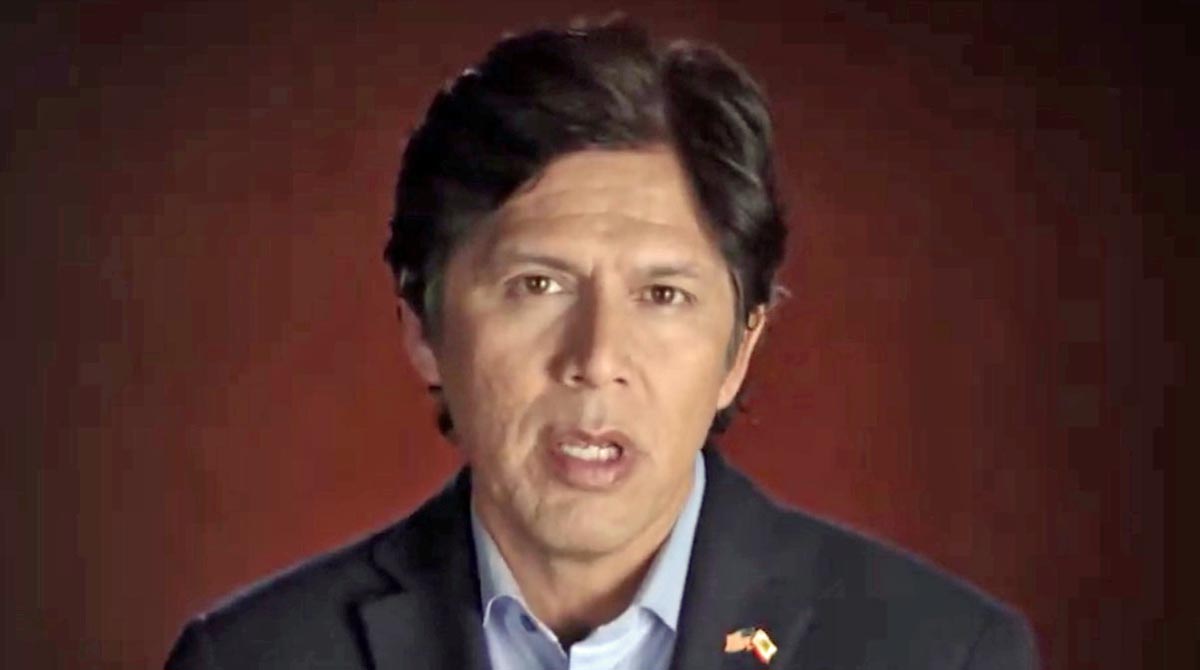 Los Angeles City Councilman Kevin de León, a Hispanic Democrat, caught a world of abuse on social media after he proved on video that he has no idea how to recite the Pledge of Allegiance.

De León was asked to lead a city council Zoom meeting in the Pledge on Tuesday, but as he stumbled through it, botching it at every level, it became clear he didn’t even know the words.

The councilman started out completing the pledge to the first phrase through “the United States of America.” But suddenly he stopped before adding something that sounds like “under visible.”

He tried to restart the pledge, but still couldn’t come up with the words. You could tell de León was flustered as he let out a quiet, “Oh boy.”

He plowed ahead — leaving out “and to the republic” — blurted out the rest of it.

After revealing his disgusting lack of knowledge about the simplest American duty, de León tried to laugh off his appalling anti-Americanism with a tweet.

“Embarrassing, am I right? If you or someone you know got a good laugh out of my own “unique” version of the pledge of allegiance, consider donating a few $$ to https://nouswithoutyou.la. They’re doing amazing work in CD 14 to provide food security for undocumented immigrants,” he tweeted.

Embarrassing, am I right? If you or someone you know got a good laugh out of my own “unique” version of the pledge of allegiance, consider donating a few $$ to https://t.co/Ig5Qrkr4i2. They’re doing amazing work in CD 14 to provide food security for undocumented immigrants. pic.twitter.com/XBpc6V2fTQ

This is a result of Democrats telling illegals that their culture is better and more important than American culture.

It is clear that this de León cretin care more about being “Hispanic” than he does about being an America.