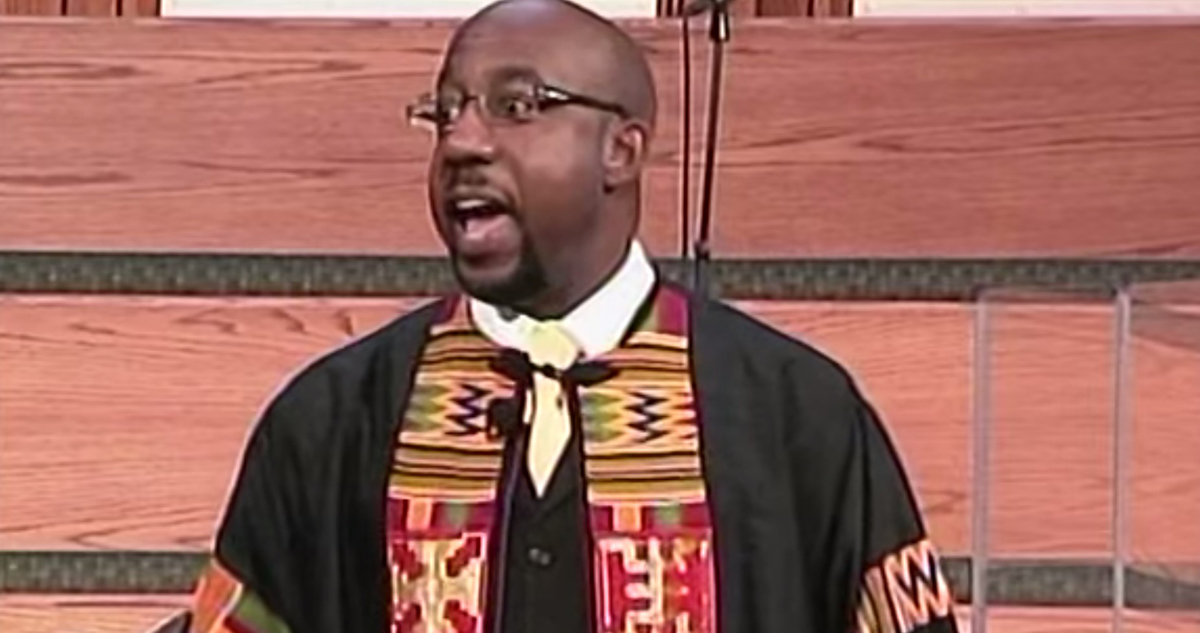 The supposed Reverend and senate candidate Warnock has severe issues. Based on his statements, Raphael Warner hates more people than he likes. Warnock has pontificated against America, white people, Jews, people who served in the military, law enforcement, and more. Warnock is everything wrong with the far left.

But that’s just one example. It’s Warnock who needs to repent— for being such a hater!

How could anyone in Georgia vote for this jerk? He calls himself a Reverand, but all he does is spew hatred–here are just a few examples.

This is an insult to everyone who served.

I don’t get it! How can he be the Ebenezer Baptist Church’s senior pastor, the former congregation of Martin Luther King Jr? How can they accept someone who preaches hatred? The exact opposite of the Reverend King. Someone who spews that much hatred has no business preaching to any church! He is a Reverend in the tradition of Al Sharpton–a bigoted hater.

How can anyone vote for this misanthropic a-hole? Raphael Warnock has no business running for a political office. Heck, the guy has no business being out in public. How can he serve a public comprised of so many people he hates? He can’t! That’s why I pray that Georgians vote for Kelly Loeffler. Anyone who lives in Georgia and doesn’t vote is supporting Warnock’s hatred as well as the socialist takeover of America.