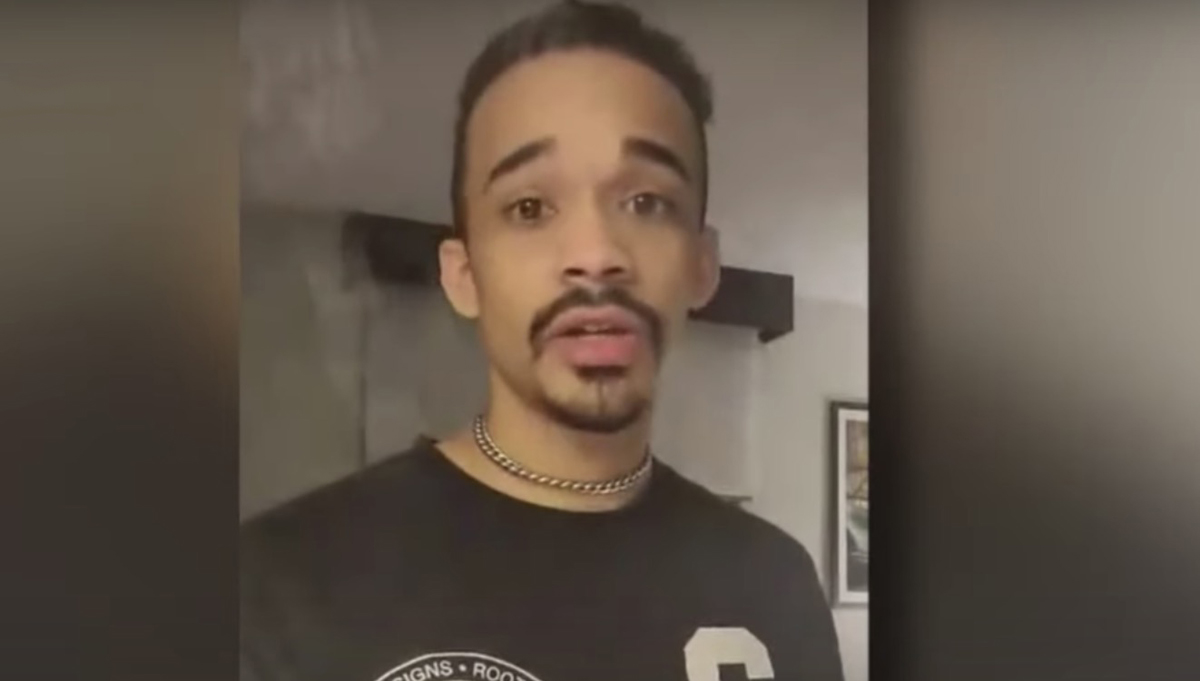 A left-wing activist named John Sullivan, who claimed he went to DC to document the Capitol riot, was arrested by the FBI on Thursday. According to the FBI affidavit, he faces federal charges of civil disorder, entering a restricted building, and violent entry or disorderly conduct. Sullivan is the leader of an organization called Insurgence USA, through which he organizes protests.

This isn’t John Sullivan’s first violent riot. In July, he was charged with rioting and criminal mischief by Provo Utah law enforcement after organizing a June 30 protest in which one man was shot and injured. That case is still pending.

Sullivan’s statements inciting the crowd outside and inside the capitol are in the FBI affidavit below. It’s all on video. It isn’t pretty and contains harsh language. For example, Sullivan can be heard saying as rioters climb a wall, “You guys are f—–g savage. Let’s go!” Inside the Capitol, he tells the protestors, “We gotta get this s–t burned. He also says, “it’s our house m———–s” and “we are getting this s–t” as he roamed the building, according to court papers.

The video was provided to the FBI by Sullivan himself. A portion of the entire video with all of the worst clips discussed in the affidavit was posted by Sullivan on Youtube and embedded below. He was turned into the FBI by his brother James.

What are the odds the mainstream media covers this one? The odds are the same as the NY Jets winning the Superbowl this year.

The face you make when you know the gig is up!

John Sullivan the agent provocateur has been indicted on multiple charges and is currently in custody. pic.twitter.com/Suz1X22lZM

CNN won’t report it because one of their reporters was involved.

BREAKING: CNN’s Jade Sacker penetrating the Capitol with a member of BLM/Antifa cheering, “We did it!” And then asking her conspirator if he was filming, he said he’d delete it, he lied. CNN was in on it. pic.twitter.com/FVhotiAwcP

Sullivan argued with the Capitol police.

According to the FBI, anarchist John Sullivan told police officers to stand down in the Speaker's Lobby, then agitated the crowd to attack the doors and windows while he filmed.

Posoboic is linking to the affidavit embedded below.

Hey @jaketapper I got a big scoop for you. pic.twitter.com/XlqMN8jNo5

John Sullivan was not the only person who incited the crowd on January 6 and we don’t know if he was the only leftist involved. On the other hand, the Trump-haters’ claim that there were no leftist agitators involved in the riot is false.

This story, combined with the timeline of the capitol attack, and the Washington Post report that the day before the riot, the FBI issued a warning that extremists were traveling to Washington to commit violence and “war,” and Trump’s own words prove that he had no role in inciting the crowd. In other words, this week’s impeachment was a fraud.

The video and FBI affidavit are below. Reminder, each of them contains harsh language.

Parts of this post were written with the aid of John Salvatore.