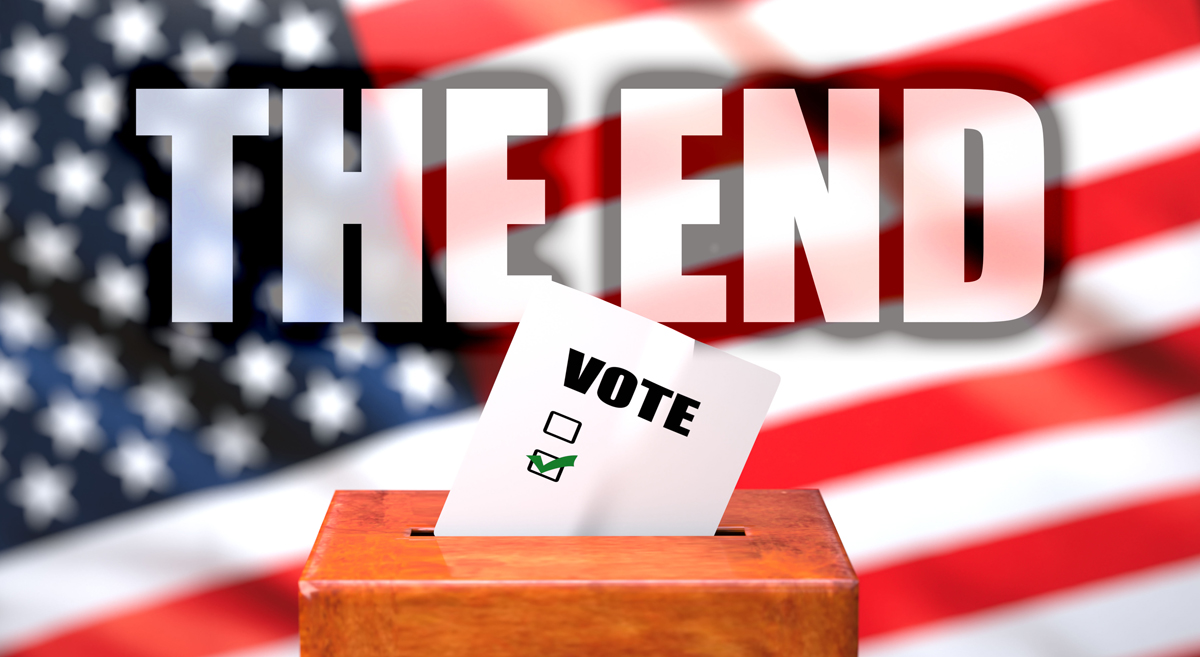 History will mark Jan. 5, 2021, as the end of the United States as both U.S. Senate seats fell to the anti-American Democrat Party after leftists spent millions of outside money to win in the Peach State.

With both Democrats seemingly taking the win in Georgia, it looks like we are officially in a post Constitution, post America era. We have, at long last, failed to heed the advice from our founding generation that we have a Republic “if we can keep it.” We have proven that we cannot keep it.

The Democrats now control the entire U.S. government. Expect your freedom to be eliminated starting next month. Conservatives and Republicans will become the hunted as the Democrat Party seeks to outlaw all forms and expressions of conservatism. In the coming years, we won’t be allowed to speak on the Internet, we won’t be allowed to bank, or hold jobs, we will be denied insurance, our schools and churches will be shut down.

All this WILL occur. It is not “if,” it is when. It is just a matter of how long it will take the left to get all these fascist plans into action. And there will be no one to stand in their way.

Here is what you should expect if it is discovered you are a conservative:

-If you run any sort of company associated with conservatism or Republicans, your bank will drop you
-Your credit card services will also cancel your account
-You will be prevented from engaging any sort of payment services
-They will also cut your ability to do banking and financial services if you are somehow outed as conservative just as a lone citizen

All this and more is already in the plans that Democrats have openly discussed in the last few years. They plan to utterly block you from society if you are in any way right leaning. The cultural Marxists want you banished from American society.

The Constitution is a dead letter. Democrats don’t care about laws, or fairness. They will seek to utterly destroy us all.