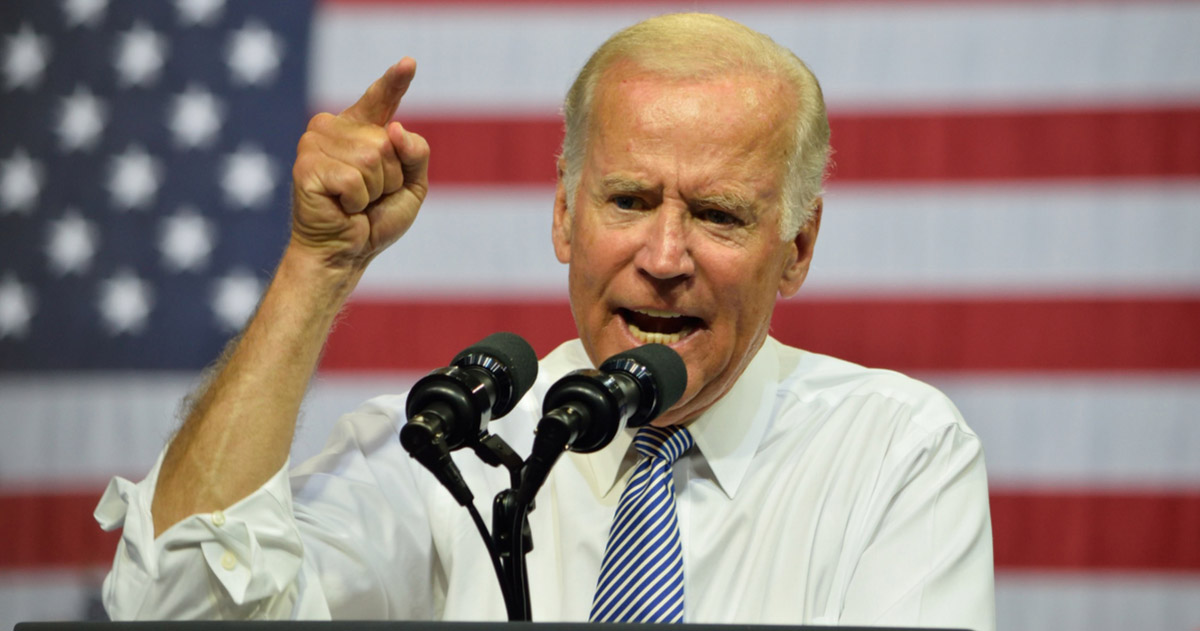 It looks as though Joe Biden’s younger brother, Frank Biden, is continuing in the family business, making a profit off of quid pro quo Joe’s political career. Frank’s latest action was promoting his relationship with the POTUS in an ad for a South Florida law firm just so happened to be published on the day brother Joe was inaugurated. According to the website of the law firm, the Berman Law Group, The president’s baby brother is not an attorney; he is listed as an ”adviser.”

The ad focuses on a lawsuit the firm is leading against a group of Florida sugar cane companies. It features a photo of Frank Biden, along with quotes regarding his relationship with the incoming president and the family name.

In an email to CNBC, Frank Biden said he has not used his brother’s name to gain clients.

“I have never used my brother to obtain clients for my firm. Our firm has long been involved [with] this lawsuit. Social justice is something I have been involved in for years,” Frank Biden said. “I will never be employed by any lobbyist or lobbying firm.”

Gee, never used his brother? Why did the ad appear in a magazine used for people interested in law? The class-action suit it advertised alleges a link between controlled burns of crops by the sugar growers and health issues of surrounding residents. Were those supposedly damaged residents reading the magazine because they were all attorneys? Or did the ad firm advertise in the magazine because its readers are looking for lawyers? I believe it’s the latter. Because when you read the text of the ad, it sure seems like the message is—we employ Frank Biden–he’s Joe Biden’s Brother.

“The two Biden brothers have long held a commitment to pushing environmental issues to the forefront; the president-elect has vowed to rejoin the Paris Agreement and wants to set ambitious greenhouse gas reduction targets, for example,” the ad in the paper says.

“My brother is a model for how to go about doing this work,” Frank Biden says in the ad. “One of his central tenets is that one should never question another man’s or woman’s motives or assign blame to them. That way, you avoid creating a disparity that prevents any kind of coming together. You can of course question someone’s judgment, and that’s what we’re doing by bringing this to court.”

The ad also suggests that the firm hired Frank Biden due to the “Biden reputation for and motivation to engage in philanthropic, social and environmental issues that presented themselves.”

This wasn’t the first time Frank used his brother’s name. The year Joe became vice president, he was asked to become the frontman for a new charter business venture. In other words, they wanted him to use his big brother’s name. Frank said yes.

In an interview with The Washington Post in late 2011, Frank Biden said of his last name, “I enjoy automatic acceptance or at least listening to what I have to say.” Several press releases put out by Mavericks in Education advertise “brother of Vice President Joe Biden” as one of his credentials.

According to ABC News, Frank was paid $70,000 per year over the course of five years. Gee, that’s much less than Hunter got from Burisma but still a lot of money.

Peter Schweizer’s book ‘Profiles in Corruption: Abuse of Power by America’s Progressive Elite’revealed that thanks to his big brother Frank another job. In March 2009, Joe Biden went to Costa Rica. He was the first high-ranking American official to visit that country in a dozen years.

(…) Joe Biden had been asked by President Obama to act as the Administration’s point man in Latin America and the Caribbean.

Frank’s vision for a country club in Costa Rica received support from the highest levels of the Costa Rican government— despite his lack of experience in building such developments. He met with the Costa Rican ministers of education and energy and environment, as well as the president of the country.

Gee, how does someone with no experience developing a golf resort like rank Biden gain access to and approval from “the highest levels of the Costa Rican government”? Is it because his brother, the Vice President of the United States, is the Obama Administration’s point man in Latin America and the Caribbean? And isn’t it a strange habit that when Quid Pro Joe became a point man to an area, someone in his family seems to get a job? Or is it a coincidence that when Joe became the point guy for Ukraine, Hunter got a job with Burisma?

Boy, oh boy, I wish I was a relative of President Biden’s. Then he could help me make money also.